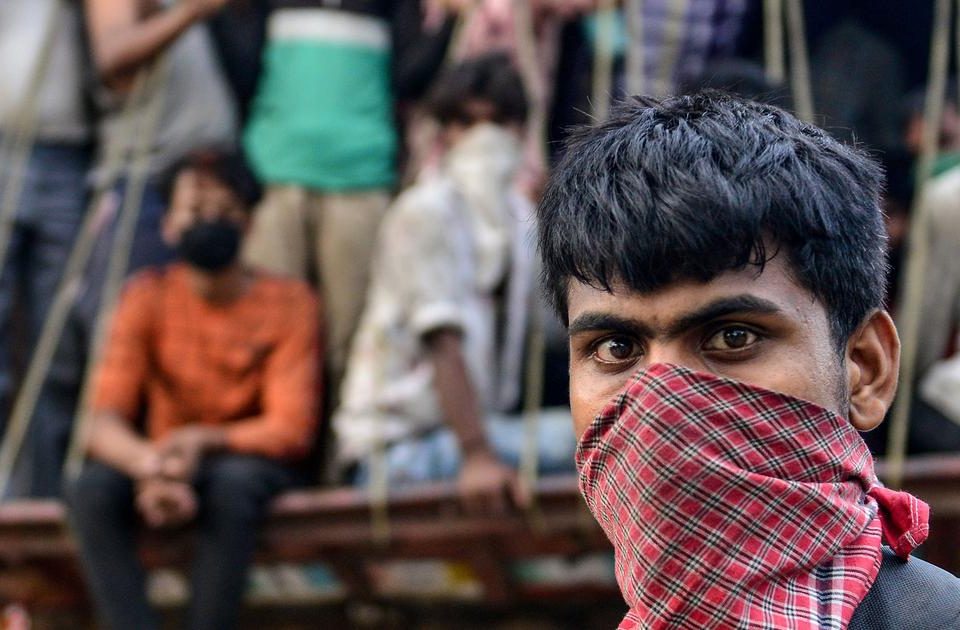 The wage crisis during lockdown was not a unique situation caused by the shutting of the economy – it is a core feature of India’s urban economy.

This is an excerpt from the sixth edition of the India Exclusion Report, a collaborative effort involving institutions and individuals working with a shared notion of social and economic equity, justice and rights. The report seeks to inform public opinion around exclusion and the role of the state and to influence policy-making towards creating a more inclusive, equitable and just society. The annual publication is anchored by the Centre for Equity Studies and edited by its director, Harsh Mander.

Migrant workers across India took hazardous journeys back to their villages during the Covid-19 lockdown announced in March, despite all forms of transportation being suspended and inter-state borders being sealed. The central feature of the migrant workers’ crisis during lockdown was their inability to access wages in the urban work sectors that employed them.

The critical importance of wages to the lives of migrant workers and their families was evident during this period – without wages they were unable to meet basic needs such as food, water, shelter or healthcare in the cities where they worked, or send remittances to their rural households that rely on their income from migration.

Far from being merely a function of the market, wages assumed utmost socio-economic importance during the crisis, determining the ability of workers and their households to survive.

Almost half of India’s 470-million strong workforce is dependent on wages, of which over 139 million are migrant workers. However, the question of migrant workers’ access to protected wages as a key measure to mitigate the crisis remained unaddressed in policy discussions triggered by the extreme desperation facing the country’s vast mobile workforce during lockdown. Rather, the crisis was viewed as an outcome of poor planning by governments, which did not account for the large numbers of undocumented, rural-urban migrants before announcing a strict nationwide lockdown.

The plight of migrant workers was attributed to their inter-state mobility alone, without questioning the nature of their employment in urban labour markets, including poor and insecure wages.

The state’s protection of adequate living wages for India’s wage-dependent workforce has remained mired in debate. It has been argued that increasing wages will lead to a shutdown of businesses and loss of employment, despite substantial evidence to the contrary. The government’s own reports, including the Economic Survey (2019), by the State Bank of India (2019) and the Reserve Bank of India (2018) highlight the fact that the stagnation in real wages has hurt the consumption capacity of the poor, leading to a slowdown of the economy.

However, in the post-liberalisation period, the neo-liberal economic policy of encouraging economic growth through the suspension of the labour protective framework, especially the protection of workers’ wages, has weakened the state’s labour regulatory and grievance redressal mechanisms, leaving them unable to respond to the widespread wage violations faced by workers.

The wage crisis experienced by India’s workforce during the lockdown was not a unique circumstance precipitated by the shutdown of the economy, but the core feature of India’s urban economy. The Economic Survey (2019) showed that one in three workers do not receive even minimum wages. the large segment of these workers constitutes seasonal, circular migrants who are placed at the intersection of several disadvantages – coming from historically oppressed communities such as Scheduled Tribes, Scheduled Castes and religious minorities, and forming rural populations that faced dispossession from their traditional land, water and forest-based livelihoods, forced to migrate to urban areas to work in exploitative work arrangements, including pervasively low wages.

Unable to access better paying jobs over their lifetime, they remain restricted in bottom-of-the-heap jobs in the lowest strata of urban labour markets, with very high barriers to occupational mobility into higher segments of the labour market where living wages are a possibility. Low wages, which does not permit investment in assets or creation of savings pushed migrant workers and their households to the brink of survival during the pandemic.

The high degree of segmentation of the labour market based on social hierarchies leave migrant workers in the most informalised segments of the labour market, where long chains of sub-contracting and multiple levels of intermediaries, lack of written employment contracts leave them with no means to prove employment relationships or establish accountability of employers to pay their wages. Non-payment of wages, arbitrary deductions, and wage thefts are commonplace experiences for seasonal circular migrants. However, a near-total exclusion from the state’s grievance redressal mechanisms meant that the large majority of workers who experienced wage theft did not report it.

In addition to this, the standardised notion of wage itself has been suspended, with several systems such as advances, piece rate work, and the use of family-based labour where only the male worker is paid, have become commonplace in modern, urban work sectors. In the unregulated segment of labour markets where migrant workers are employed, such systems of employment and wage payments are embedded within power relations, largely determined by caste and gender identities.

Wholly excluded from the state’s regulatory mechanisms for protection of wages, these sub-segments of the labour market are governed by a set of extra-legal norms and practices that allow employers to routinely suspend the right of workers to protected, adequate wages. Wage violations are deeply linked to poor bargaining power, where the seasonal, circular migrants largely coming from oppressed caste groups, including women and children, are unable to demand accountability from their employers, who use abuse and intimidation tactics to silence them.

Wages as a public good

The migrant crisis during the lockdown provides impetus for the state protection of adequate, living wages as a public good. Wages and remittances from migration were necessary for migrant workers and their families to meet their consumption needs, regardless of public provisioning systems.

One, the toxic nature of their work accompanied by poor living conditions, including lack of access to adequate food and nutrition, hygienic living spaces and healthcare takes a significant toll on their minds and bodies – resulting in occupational diseases or a depletion of their physical strength, forcing them to exit the workforce early on, at the age of 35 to 40 years.

Two, for women from migrant households, the added gender-based burden of ensuring the sustenance of their families without an adequate income results in longer hours and greater intensity of unpaid domestic labour.

Three, children from migrant households also face the impact of poor and unprotected wages, which results in a lack of investment in their health or education, creating an intergenerational transfer of poverty. High levels of malnutrition and wasting are common in children from migration dependent communities.

A migrant worker family in Mumbai waits to board a train.

These children are also forced to drop-out of school and migrate to work as early as 14 to 15 years of age, dropping out of formal education, with little or no skills, to replace their parents’ income in informal labour markets in similar low wage and devalued employment.

Without the protection of wages guaranteed by the state as a public good migrant workers and their households will remain excluded from substantive citizenship, which is a pre-requisite for a healthy, functioning democracy. They will remain trapped in cycles of poverty and immiseration, excluded from basic socio-economic rights guaranteed to all citizens.

A strong articulation of protection of wages as a public good will permit migrant workers to be viewed as citizens who can stake a claim over profits through their socio-economic rights, rather than as mere factors of production.

In the context of the economic crisis due to the Covid-19 pandemic, experts have argued that economic revival will not be possible without income security, and that measures to create disposable income, including raising and protection of wages, is a top priority.

However, the post-lockdown period in India has been characterised by the dilution of the labour protective framework through the labour reforms process, in order to facilitate economic revival, rather than taking steps to ensure the wage security of its migrant workers.

This is not surprising, as the system of rural-urban migration by historically marginalized communities, has formed the basis of India’s urban economic growth since the past three decades. Employers prefer migrant workers precisely because it allows them to increase their profits by cutting costs associated with compliance to labour regulations with impunity, including the payment of minimum wages in many instances. Employing migrant workers allows modern industry to both cheapen labour, as well as control it.

Due to their alienation from the state machinery in the areas where they are employed, migrant workers are unable to demand accountability from their employers to pay wages, whereas their lack of inclusion in trade unions at their destinations, as well as their fragmentation by caste and region leaves workers without any collective bargaining platforms.

Economic revival must be imagined alternatively, and executed through a strong institutional framework, in order to ensure that economic growth post-pandemic does not find its basis in deepening the exploitation of and inequality faced by the country’s poorest wage, dependent populations. Such an institutional framework requires the state to play the role of an enabler for the protection of wages by setting minimum wages at living wage levels, enabling workers and their households to access adequate consumption required for a dignified existence.

In addition to this, the state must create a positive environment for collective bargaining through trade unions and other worker platforms, which are inclusive of migrant workers. It also requires the state to strengthen its role as an enforcer of labour regulations, including wage regulations by strengthening mechanisms that prevent wage thefts. This is possible only by augmenting the state’s ability to monitor violations, ensure that they are reported and penal action is taken for non-compliance.

The state must also directly provide justice to workers who have faced wage violations by ensuring that legal platforms are accessible and sensitive to migrant workers who are isolated from these systems in their urban work destinations, and are often excluded from them due to the informal nature of their work.

The state’s roles in guaranteeing protection of wages as a public good must be shaped by an understanding of informality, labour mobility, and social hierarchies in labour markets, rather than being modelled around an imagination of formal employment relations, so that they are inclusive of seasonal and circular migrant workers.

Reclaiming the state’s role in the protection of workers’ rights, especially wages, is not merely a labour issue, but has deep consequences for the realisation of basic rights of India’s citizens, and strengthening the country’s democratic and social fabric. 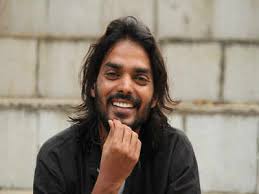 No one is doing charity by making films on Dalits. Do them right or stay away, says filmmaker Somnath Waghmare 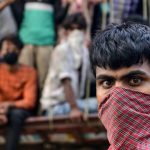