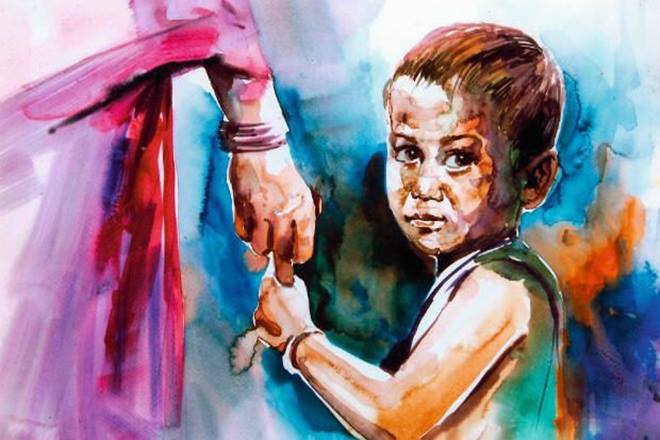 Along with the need to strengthen the institutional mandates, the adoption ecosystem needs to transition from a parent-centric perspective to a child-centric approach.

The second wave of COVID-19 ruptured families across India. Despite widespread media coverage, the conversation overlooked a demographic worst affected by it, namely children.

According to a Lancet study, 1.13 million children across the globe lost their primary caregivers to COVID-19 last year. This figure includes at least one parent or a custodial grandparent.

The National Commission for Child Rights recorded over 3,500 children who lost both their parents during the pandemic in India. However, The Lancet study documents a much higher number of children orphaned, reporting 1.16 lakh minors who lost their parents just between March 2020 and April 2021 in the country. In contrast, the number of children who lost their primary or secondary caregivers was 1.86 lakh. This trend led to a new sub-category of bereaved children, referred to as the ‘COVID orphans’.

Consequently, social media platforms were flooded with unwarranted pictures of children accompanied by requests for their adoption. However, legalities surrounding adoption in India are complex and do not provide for the direct adoption of a child without first being routed through a statutory body – thus, likening social media adoptions to child trafficking. Such viral messages have not only misinformed prospective parents looking for opportunities to jump the long queue but potentially exposed unregistered children to illegal flesh trade, human trafficking rackets and forced labour.

Curiously, the issue received minimal investigation from civil society gesturing towards the general lack of informed discourse surrounding adoption and lacunae in addressing misinformation about it.

Adoption practices in India are primarily informed by the Hindu Adoption and Maintenance Act, 1956 (HAMA) and Juvenile Justice (Care and Protection of Children) Act, 2000 (JJ Act). Both legislations have different provisions and objectives. HAMA is the statute that governs the adoption of and by Hindus. The definition of ‘Hindus’ here includes Buddhists, Jains and Sikhs. It gives an adoptive child all the rights of a natural-born child, including the right to inheritance.

Until the JJ Act, the Guardians and Ward Act (GWA), 1980 was the only means for non-Hindu individuals to become guardians of children from their community. However, since the GWA appoints individuals as legal guardians and not natural parents, guardianship is terminated once the ward turns 21 and the ward assumes individual identity.

The year 2015 also saw a moment of transition in the adoption process with the introduction of the Child Adoption Resource Information and Guidance System (CARINGS). The system acts as a centralised digital database of adoptable children and prospective parents. CARINGS aims to facilitate maximum adoptions by creating a smooth process without delays. Yet, the current adoption system is gripped by a series of unaddressed challenges that rely heavily on a parent-centric approach.

Data shows that while more than 29,000 prospective parents are willing to adopt, just 2,317 children are available for adoption. This suggests a wide gap between adoptable children and prospective parents, which may increase the length of the adoption process. Although the main focus of the CARINGS mechanism is to quicken the process of adoption, the waiting period is growing longer.

This discrepancy occurs because out of approximately 30 million children abandoned, only 261,000 are under institutionalised care, accounting for a meagre 0.87%. However, not all Child Care Institutions (CCIs) in India are registered under the law. Including unregistered ones, there are a total of 8,000 CCIs. Children in unregistered institutions are vulnerable to poor care, physical violence, sexual abuse and trafficking.

The case of children being returned

Between 2017-19, the Central Adoption Resource Authority (CARA) faced an unusual upsurge in adoptive parents returning children after adopting. According to data from CARA’s RTI reply, 60% of all children returned were girls, 24% were children with special needs, and many were older than six.

In January 2020, CARA held a national consensus to discuss the possibility of improving and streamlining the adoption process. Among other points of discussion, CARA stated that the institution prepared a classification of children with special needs, spanning 14 sub-categories.

The categorisation would enable prospective adoptive parents to understand the children’s needs better and enhance their chances of adoption. However, according to the latest available data shared by CARA, only 40 children with disabilities were adopted between 2018 and 2019, accounting for approximately 1% of the total number of children adopted in the year.

In 2018, Ranchi’s Mother Teresa’s Missionaries of Charity came under fire for its “baby-selling racket” after a nun from the shelter confessed to selling four children. Similar instances are becoming increasingly common as the pool of children available for adoption shrinks and waitlisted parents grow restless.

According to CARA’s chief, Deepak Kumar, traffickers try to get hold of babies before parents — often unwed mothers — make it to government departments to surrender the child. These rackets usually source children from poor or marginalised families, and unwed women are coaxed or misled into submitting their children to trafficking organisations.

The organisations then create legal paperwork which makes the ‘orphaned’ child available for the market. Such children are referred to as “manufactured orphans” or “paper orphans”. In 2016, police forces shut two agencies in Maharashtra for selling babies for anywhere between Rs 2-6 lakh.

Despite the constant evolution of the definition of a family, the ‘ideal’ Indian family nucleus still constitutes a husband, a wife and daughter(s) and son(s). In February 2021, while addressing petitions seeking the legal recognition of LGBTQI+ marriages, the Union government opined that LGBTQI+ relationships could not be compared to the “Indian family unit concept” of a husband, wife and children.

The invalidity of LGBTQI+ marriages and relationships in the eyes of the law obstructs LGBTQI+ persons from becoming parents because the minimum eligibility for a couple to adopt a child is the proof of their marriage. To negotiate these unfavourable legalities, illegal adoptions are becoming increasingly common among queer communities.

In some places in Tamil Nadu, people who cannot take care of their children leave them with the transgender community. Moreover, provisions under the Surrogacy (Regulation) Bill, 2020 and Assisted Reproductive Technology (Regulation) Bill, 2020 completely exclude LGBTQI+ families, stripping them of their reproductive autonomy. Therefore, the journey for most prospective adoptive parents belonging to the LGBTQI+ community ends before it can even begin.

Towards a child-centric approach?

Despite the introduction of the CARINGS system, tensions within pre-existing legislation remain unresolved. Moreover, socio-cultural complexities and the lack of a socio-legal framework continue to inform adoption practices in the country that lead to unfavourable realities for children whose welfare is categorically de-prioritised. This is especially true for children who were surrendered, abandoned or unlawfully trafficked.

Along with the need to strengthen the institutional mandates, the adoption ecosystem needs to transition from a parent-centric perspective to a child-centric approach. Within the existing policy framework and the everyday dialogue, adoption is perceived as a means to fulfil the need for parents to build a family beyond the biological norms of kinship, as per the needs and requirements of the parents.

As a result, the child’s perspective and interests are excluded from the adoption process. On the contrary, there is a need to adopt an inclusive approach that focuses on the needs of a child to create an environment of acceptance, growth, and well being, thus recognising children as equal stakeholders in the adoption process.

Note: This news piece was originally published in thewire.in and use purely for non-profit/non-commercial purposes exclusively for Human Rights objectives. 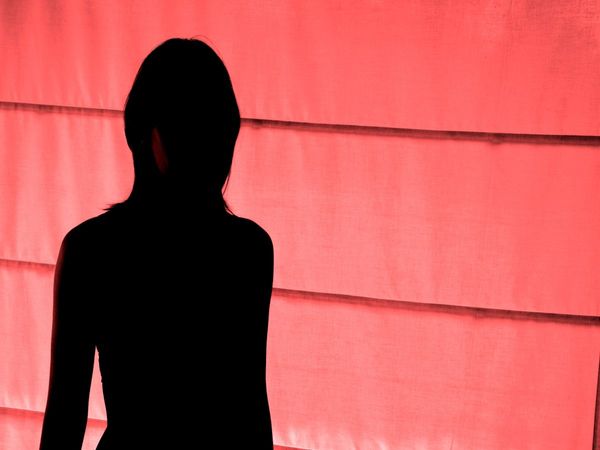 Assam: Transgender spits on woman for refusing to give money, undresses inside police station 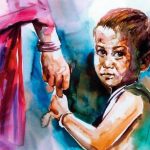