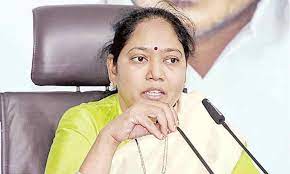 Amaravati: Responding to derogatory remarks made by TDP leader Ch Ayyanna Patrudu, home minister Mekathoti Sucharitha said that his remarks are deplorable and stated that the opposition leaders are still unable to digest the fact of having a Dalit woman as home minister.

Speaking to the media here on Saturday, she said that the opposition TDP leaders have been using abusive language and speaking ill of Chief Minister Y S Jagan Mohan Reddy and other ministers without any restraint.

She said that Ayyanna should be ashamed for the language he used in addressing a Dalit woman home minister and added that she could never speak in such a filthy language as she has her ethics in place.

Further, she slammed Ayyanna Patrudu for demanding her to resign and questioned him what authority he got to seek a resignation and clarified that she would resign at any time if the Chief Minister asks her to do so.

She recalled the incidents during the TDP regime, where law and order in the state was disturbed, and reminded that Vangaveeti Ranga was murdered during TDP rule. The minister said that the opposition could ask if the government’s performance is not good and the ministers concerned shall answer their queries, instead of targeting and criticizing personally

Note: This news piece was originally published in thehansindia.com and use purely for non-profit/non-commercial purposes exclusively for Human Rights objectives. 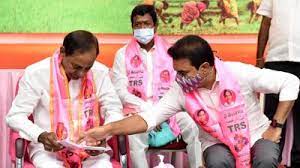 Clamour for BC Bandhu gets louder, poses challenge to CM 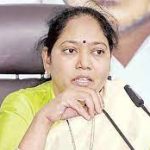