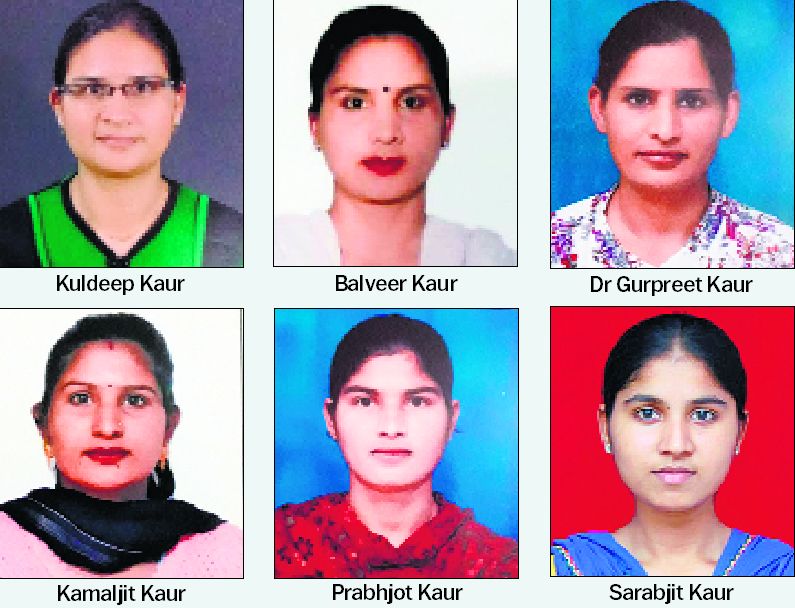 Poverty in their family had been overcome with hard work, sincere efforts and dedication of six daughters belonging to Dalit community of Benwalipur village. The village is established just 10 km from Tarn Taran with no direct link even with any of the city or the main road to make life easy to get quality education. The district administration had got the privilege to display photos of these six ‘well-educated daughters of a family’ of the village at the ‘Pink Corridor’ where as many as 25 photos of distinguished girls from different fields of the district had been displayed.

The six daughters of the family are Kuldeep Kaur (37), Balveer Kaur (36), Gurpreet kaur (35), Kamaljit Kaur (27), Prabhjot Kaur (25) and Sarabjit Kaur (24). Kuldeep, Balveer, Gurpreet, Kamanjit and Prabhjot five are the daughters of Pargat Singh, while Sarabjit is the daughter of Dilbag Singh, his younger brother. She had been showing extraordinary results from the very first standard and her younger sisters, too, followed suit. She had done her MSc (computer science) from Guru Nanak Dev University. She also cleared her PCS (general) preliminary exam. She is married in Baroda where her husband is a bank officer.

Balveer is an MA, BEd, who after clearing her Teachers Eligibility Test (TET) had been appointed as permanent teacher at Government High School. She too remained at the top in her studies. Dr Gurpreet Kaur has done her MA (Punjabi), M Phil, PhD. She did her PhD on the short stories written by Chanden Negi, a well-known Punjabi author. She has also cleared her UGC and TET. She was junior research fellow while pursuing her PhD. Kamaljit is an MA (Punjabi), while Prabhjot has graduated in BA. Sarabjit, after doing her MA in Punjabi from GNDU, is now pursuing her PhD.

These brilliant girls got their primary education from the village’s Government Primary School. Pargat was a junk dealer at the time of his marriage and used to collect waste material from the nearby villages on a bicycle, who is now senior leader of SAD with a well-established business. He said that the Almighty had not only blessed him with outstanding daughters but also helped to establish his lavish business. Deputy Commissioner Kulwant Singh said the family is a worthy example of ‘Beti Bachao, Beti Padao’ and it was this that administration preferred to display the photos of these girls at the ‘Pink Corridor’ as an acknowledgement of their hard-work.

Lady Sub-Inspector of Punjab Police, Sonamdeep (pic), too, is the honour of the ‘Pink Corridor’ displayed in the office of District Administrative Complex (DAC) in Tarn Taran. Born in Khan Rajada (near Goindwal Sahib) village, Sonamdeep after doing her graduation from Sri Guru Angad College Khadoor Sahib, did her postgraduation (police administration) from Maharaja Ranjit Singh Police Academy, Phillaur. She worked as an SHO Verowal and Chohla Sahib in Tarn Taran district and presently is the SHO Fattu Dhinga (Kapurthala).

Sonamdeep has three sisters and a younger brother. Her farther Tarsem Singh is a marginal farmer and her mother a homemaker. When Tarsem was blessed with three daughters he pledged to make them self-reliant. Sonamdeep‘s elder sister, who was a college teacher (an assistant professor), is married in Canada and the younger sister is an advocate. Tarsem’s efforts also deserve three cheers, setting a respectable example for the society. 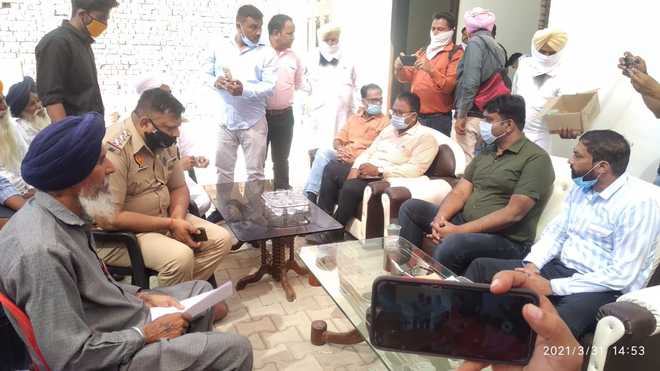 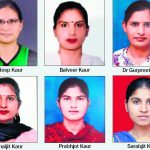