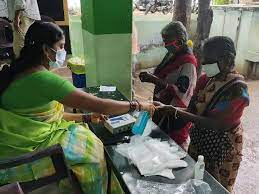 Former IAS officer P Sivakami said, the resignations and boycotts show that “caste Hindus” fear Dalits gaining a level playing field in the political arena, which forces them to resort to protest.

Chennai: In 2019, a rural election amid a boycott call given by the people over matters of caste led to the victory of a Dalit woman, Rajeshwari, in Pitchivilai village under Tiruchendur taluk. She won 10 of the 13 total votes polled and became the president of Pitchivilai panchayat.

However, the remaining posts for five ward members and a vice-president continued to stay vacant due to the resistance of the villagers to accept a Dalit woman as their leader.

On Friday, all six members had to cast their votes internally to select a vice-president, but five of them excluding Parimalaselvi met poll panel officials and tendered their resignation, instead, in protest against reserving the constituency for Scheduled Caste candidates.

This was not the first case of caste discrimination against Dalit panchayat leaders to have been reported in the recently concluded Tamil Nadu rural body polls. As previously reported by ABP Live, the people of Ammuni village in Katpadi boycotted the elections because the seat was reserved for a Scheduled Caste candidate, besides other issues.

Even last year, there were reports of discriminatory practices against Dalit woman panchayat leaders across the state. They were allegedly not permitted to hoist the national flag on Republic Day, and could not perform the functions entrusted with them as panchayat leaders, the reports said.

However, all these instances do not denote a ‘rise’ in the discriminatory practices against Dalit leaders, but show that penetration of social media and technology in rural areas has helped in bringing these incidents to light, said Nandakumar from Ullatchi Ungal Atchi, an organisation working to curb discriminatory practices and provide awareness about the functioning of rural local bodies.

Asked why caste discrimination against Dalits continues to prevail in elections that they contest to assert their rights, Nandakumar said: “The fact that elections give political power to Dalits reportedly threatens the caste Hindus (Savarnas). Initially, there was discrimination in receiving education but reservation nullified it and now once again reservation is helping Dalits to ascertain their rights in politics.”

He added: “Even in the case of Pitchivilai, the resignation was the only thing the caste Hindus were able to do since at the end of the day reservation is a constitutional right and they have no other option but to accept it.”.

Former IAS officer P Sivakami shared similar views. She said the resignations and boycotts just show that the “caste Hindus” fear Dalits gaining a level playing field in the political arena of the panchayat or ward or state, which forces them to resort to protest.

Protest: Expression Of Fear During Transfer Of Power?

Sivakami, who currently runs Samuga Samathuva Padai, a political outfit “on the principles of Dr BR Ambedkar”, said: “The caste Hindus have always thought of Dalits as labourers or had them working in their homes or fields. So giving them political power and making them equal rings an alarm among caste Hindus.”

In the past, Tamil Nadu had been on national news when Pappapatti village in Madurai district boycotted the rural body elections for almost a decade. In 1996, Dalits had stopped contesting the elections boycotted by the dominant Hindu caste, refusing to challenge the hegemony.

In 2006, soon after then Tamil Nadu chief minister Karunanidhi took office, he appointed IAS officer T Udhayachandran as the collector of Madurai to convince the villagers and conduct the elections.

It is said there was pressure from Left and Dalit parties on Karunanidhi to take the step.

After Udhayachandran took charge, he gradually convinced the people of the village and addressed their grievances.

Until now, Pappapatti has voted for local body leaders four times in 2006, 2011, 2016 and 2019 without any major untoward events. Even though there are still allegations of discriminatory practices in society, the Dalit leaders are able to perform their democratic duty with the help of the district administration.

The district collector played a pivotal role in Pappapatti, Sivakami said, adding that collectors can bring a change if they stand for their districts.

The Need For Synergies

Explaining the power vested with the collectors, former IAS officer Sivakami said: “The collector can stand up at the time of need and curb the discrimination. They can take immediate action in all the complaints regarding the issue and they also have the power to suspend the people practicing discrimination or other casteist practices.”

She, however, opined that the big onus lies with the government to ensure a balance of power.

“The major reason for such discriminatory practices is the lack of economic independence among the Dalits. Most of them are employees of caste Hindus so the dominant caste members do not want Dalits to be in a position where they can rule them.”

The long-term change can come only if the government provides land for the Dalits and makes them landowners, Shivagami opined. “If the Dalits have land then they will be respected by the caste Hindus. So the first step is to ensure economic independence while the next will be to make the Dalits self-sufficient in their villages.”

However, the IAS officer-turned-politician, who faced defeat in the Perambalur constituency while contesting in Tamil Nadu Assembly Elections in 2016 with support of DMK in the rising sun symbol, said the efforts of the DMK and AIADMK governments have been inadequate in the matter.

Echoing a similar view, Guru Saravanan, Chairman of the Institute of Grassroots Governance, said: “The Tamil Nadu government, which has been run by DMK and AIADMK, is not acknowledging the issue or taking steps towards eradicating the issues with local body elections.”

He added: “Even the district authorities are thinking of temporary solutions and are not working to find long-term solutions.”

Saravanan said the government should form social justice committees at the district levels to maintain data of such incidents of caste-based discrimination and address them on a regular basis.

Nandakumar, however, said the DMK government is making efforts towards ensuring social justice.

“These are not governance-related issues but all these are measures that the government should take to ensure social justice. Moreover, along with the government and the district administration, NGOs and government organisations should also work hand-in-hand to bring long-term change in the society,” he said.

“The organisations can be entrusted with creating awareness among the people, capacity building and bringing understanding about the functions of the panchayat leaders among the Dalits leaders themselves,” Nandakumar concluded.

Talking to ABP Nadu, Suba. Veerapandian said, “The committee has been formed only on Saturday and we are yet to receive our appointments. So once we get the appointment, we will look into the matter.”

Note: This news piece was originally published in abplive.com and use purely for non-profit/non-commercial purposes exclusively for Human Rights objectives. 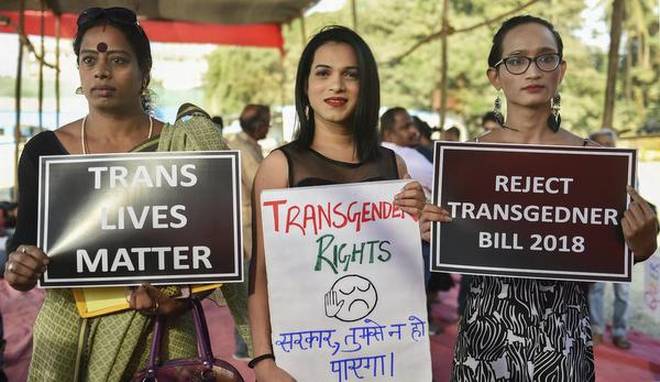 Trans Reservation: A Move Towards Empowerment Or Mere Lip Service? 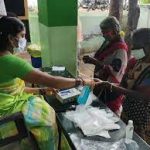