In the video surfacing on social media, Swami Anand Swaroop  has made objectionable remarks against Quran and calls for forming a Hindu Sena

Subhashini Ali, former Lok Sabha MP and Politburo member of Communist Party of India (Marxist) has complained to the Director General of Police (DGP) of Uttar Pradesh against hate speech made by Sankaracharya Parishad leader Swami Anand Swaroop. The ‘Swami’ had made objectionable remarks against the Quran in a video that went viral on social media.

In the video, he can be seen speaking at an event called Hindu Panchayat held at Chaudhary Charan Singh University’s auditorium. In the video he has said, “One who reads the Quran becomes a beast, they are no longer human. We should ask the Muslims that if they have to remain associated with us, first and foremost they should stop reading the Quran, stop offering namaz. We cannot say anything to them because even today, the Constitution is the rule of law. You should take it upon yourself that you will not buy anything from a Muslim. If you destroy them socially, politically and economically, they will begin converting to Hinduism.” He further said, “We want an army of one crore Hindu youth. We don’t need swayamsevak, we need a swayam-sena now. Pick up swords, guns or whatever you have, war has been declared and it will go on till we have a Hindu rashtra.”

In the complaint, Ali, while referring to freedom of conscience and right to practice religion, states that it is “completely in contravention of these constitutional provisions for anyone to encourage any group of people to coerce members of a community into changing their religion.”

While taking note that Meerut police is investigating the case and FIR has not yet been filed Ali writes, “Prima facie, Swami Anand Swaroop must be charged under section 153(A) and Section 295(A) and all other laws that prohibit ‘hate speech’ in our country.”

She writes that the police must intervene and take appropriate action against Swami Anand Swaroop and that she expects a response within a week failing which “I will be free to take recourse for whatever remedy the law provides”.

University authorities denied any involvement with the event. “The university was only the location where it was held. We had no role in the event or regarding its topic. We merely gave the space,” said N K Taneja, V-C of the university told Indian Express. Meerut police are known to have started an investigation into the matter. “We have had a conversation with the university officials. But so far they have not filed a complaint. The comments were highlighted on social media. We have directed the Cyber Cell to investigate the matter,” Akhilesh N Singh, SP City Meerut told IE. 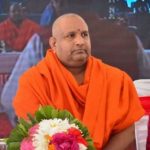