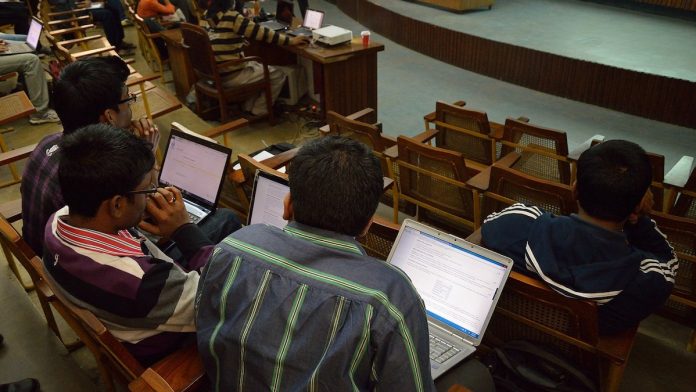 Bahujans will benefit greatly from access to contestable markets in education, though it may not meet egalitarian fancies of well-meaning comrades.

Many in India believe that an educational system driven by market forces is likely to aggravate the inequities in access to education among the different castes. Economic theory is, however, at odds with the belief that market forces are likely to generate an increase in caste discrimination or a decline in the welfare of the oppressed castes.

While there are few studies explicitly quantifying caste discrimination within the Indian schooling system, reports about the woeful treatment of Dalit children in government schools is far too common. Only last year, for instance, the headmistress of a government school in Tamil Nadu asked a Dalit student to clean the toilets of her school. The current system of education in India has fared poorly not only in eliminating caste discrimination but also in generating quality learning. Numerous studies report that many middle school children lack the reading and writing skills they ought to have acquired in primary school.  So, the reader may wonder how such a system of education originated. And why did it survive more than 70 years. Neither economic rationale, nor the performance of the system itself is the reason for its survival. This system of Indian education originated out of a stalemate between socialists and conservatives.

For the socialists, rivalrous competition based on private property was a means of capitalist exploitation. And to the conservatives, competition threatened the caste system by setting one organ of the ‘Cosmic Purusha’ against another. The socialists desired complete government control over the functioning of educational institutions to impose their vision of egalitarianism upon the “masses”. But they did not have the strength to defeat the conservatives. Thus arose a political equilibrium between socialists and conservatives. The socialists would pass affirmative action legislation. And the conservatives would thwart its implementation by ‘dragging their feet’ or through judicial intervention. In recent years, the conservatives too have taken the legislative route. In 2019, for instance, Parliament passed The Central Educational Institutions Act, according to which certain “institutions of excellence” shall be exempt from affirmative action policies.

The market approach to education presents an alternative to the socialist and conservative approaches. Gary Becker, who was awarded the Nobel Prize in economics in 1992, showed that rivalrous market competition can improve the wellbeing of groups that face discrimination. Becker argued that within a market setting, those who discriminate against consumers or workers face the cost of discrimination. This is because consumers can choose to purchase from other firms, and workers can leave for other employers. Profit maximising firms, therefore, have an incentive to minimise discrimination.

This minimisation of discrimination is not an outcome of profit-seeking by itself, but the fact that firms must survive within a system of rivalrous competition. Within a market setting, even the most bigoted managers know that they must choose between their desire to discriminate and desire for profits. Put differently, markets generate a conflict between the different motifs of an individual, with their caste preference being merely one of the motifs on the basis of which they wish to act.

For these forces to work, however, markets must be contestable. By ‘contestable markets’, we mean a system in which entry into the market and exit from it are not restricted by government regulations.

Employers who discriminate against workers are unlikely to face the full cost of discrimination unless workers have other options. And such options come from firms that enter the market recognising a profit opportunity. Take, for instance, a case in which one firm pays members of the oppressed castes lower wages than those of other castes, even though the two groups have identical productivity. Such a setting presents a profit opportunity for other firms, which can hire the discriminated workers at slightly higher wages than what they were paid before, and thereby reap the difference between the workers’ productivity and current wage. This process of competitive hiring, or even its very threat, can close the gap between wage and productivity among workers of all castes. Market competition can reduce not only the discrimination in wages, but also discrimination among workers in how they are treated by managers. Much like underpaid workers, workers who are not treated with dignity would be willing to move to other firms. Competing firms would bid productive workers away by offering slightly more ‘dignity’ in the same way they offer slightly higher wages to underpaid workers.

While contestable markets can reduce discrimination, they do not guarantee an equiproportional distribution of castes across all schools and universities. In fact, if consumers have strong preferences for consuming goods made by members of a particular caste, or if workers have a strong preference for working with members of their own caste, then contestable markets may generate segregated firms. Put differently, you may get schools and universities that employ only members of some castes or cater to students from certain castes. Whether such segregation generates a decline in the welfare of the oppressed castes depends on the size of their population relative to the ‘economics of scale’ in production.

When there are ‘economics of scale’, the average cost of producing a service declines with an increase in the number of units produced. In such a setting, the optimal size of a school or a university may be such that it requires employing a sizeable number of people. If the population of the oppressed castes is small, they would be excluded from schools and universities because others do not wish to work with them or teach them. But if the oppressed castes have a sizeable number of people, new universities and schools will emerge to cater to their unmet demands. In such a setting, the segregation of markets and firms need not generate a decline in welfare of the oppressed castes.

In India, the oppressed castes contain a sizeable number of people in most, if not all, districts. This means that the number of individuals of the oppressed castes is sufficient to overcome the problem posed by economies of scale. The only factor that can hinder the emergence of educational institutions catering primarily to the oppressed is their purchasing power. And this problem can be readily addressed through the issue of ‘education vouchers’, which are simply coupons that an individual may use at any educational institution of her choice.

Markets can work for Bahujans

Overall, it may be said that market competition between profit-oriented producers of education is likely to generate a decline in discrimination. And in areas where caste preferences are sufficiently strong, contestable markets would generate segregated schools, which would improve the welfare of the oppressed castes. In the light of this argument, opening the supply side of education in India would be among the most egalitarian of reforms. Under the current circumstances, government regulations prescribe the nature of inputs that must be used and the kinds of outputs that can be produced by educational institutions.

On the input side, government bureaus dictate the size of classrooms, the nature of playgrounds, and the degrees that must be held by teachers (a matter very different from the quality of teaching itself). On the output side, government bureaus prescribe the kinds of courses that can be offered and even the number of hours that students must be in class. This is not all. Foreign universities are not allowed to open campuses in India. This blanket ban disproportionally hurts the oppressed castes because they often lack the financial means to send their children abroad. And lastly, education cannot be run for profit. This means that new schools and universities cannot be set up by raising capital from stock exchanges or venture capital funds. Note that this regulation too disproportionally hurts the oppressed castes. Members of the oppressed castes are much less likely to inherit wealth than members of ‘upper’ castes. This means that individuals from the oppressed castes must borrow to transform their ideas into institutions. The greater the access to capital markets, the lower the cost of borrowing. This is particularly true of access to foreign capital markets because interest rates are lower in the richer nations of the world. But capital markets demand repayment from profits earned. The ban on profit in education, therefore, stifles the dreams of entrepreneurs who come from the oppressed castes.

The ban on for-profit education, along with the expansive government involved in the production and control of education, is a consequence of the decades-long battle between conservatives and socialists. The big losers in all this are members of the oppressed castes. Their children have been denied quality education in the name of socialist ideals and for the sake of preserving the Puranic caste structure. For many Dalit parents, what matters more is the quality of education their child receives, not the caste of their peers or teachers. The Bahujan people are likely to benefit greatly from access to contestable markets in education, though such a system may not meet the egalitarian fancies of well-meaning comrades.

The journey towards contestable markets however will not be easy. Not because we do not have logic and reason on our side. But because socialists and conservatives are entrenched within the fabric of the Indian political system. This entrenched political equilibrium can be broken only if Bahujans understand that markets can work for us.

Vipin P. Veetil is an Assistant Professor at the Indian Institute of Technology Madras. Views are personal.

Note: This news piece was originally published in theprint.in and use purely for non-profit/non-commercial purposes exclusively for Human Rights objectives. 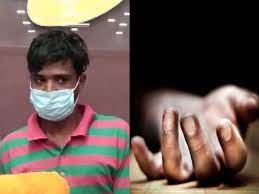 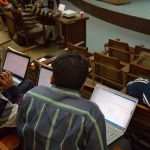