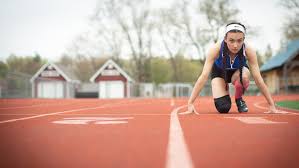 Ace Indian athlete, Dutee Chand, held the pride flag along with five other sports persons during the opening ceremony of the Birmingham 2022 Common Wealth Games. They did so as Olympic champion and British diver, Tom Daley, ran with the queen’s baton. Chand, Daley and the others sent out a powerful message against homophobia and discrimination.

Why should we care about this? Firstly, this is a historic moment for all LGBTQIA+ people residing in erstwhile commonwealth nations, who held on to the Victorian morals around sexuality we had inherited much after the sun had set on the British empire.

The setting of the sun brought about a new dawn. A dawn with a rainbow in the sky… Chand is India’s only openly lesbian athlete and a trailblazer in her own right! But, why is it that we don’t see enough desi, queer, sports persons around us?

The Curious Case Of Kumi Yokoyama

Last year, during pride month (June 2021), Japanese footballer Kumi Yokoyama came out as a trans man, in a YouTube video while speaking to a former teammate. Kudos to them!

They spoke about how playing for a US club helped because their American teammates were open to queerness. They also said that they were closeted back home because they were experiencing a tremendous pressure to conform.

Although I wholeheartedly support their decision to do whatever they want to, with their life, it’s telling that they spoke about quitting soccer in the future and living as a trans man.Why do trans athletes feel like they have to quit their sports career if they want to live life as a trans person?

How Sports Helped Me Make Sense Of My Masculinity

This is because we have arbitrary rules in place regarding the “permissible” levels of testosterone in a female athlete’s body. A female athlete has to consistently prove that their body isn’t producing more than the “acceptable” level of androgens, to compete professionally.

I know for a fact that had I started taking testosterone in my teenage years, to deal with my gender dysphoria, I wouldn’t have been able to compete in Taekwondo and kick-boxing tournaments.

While trans rights might be picking up steam in many fields, sports continues to remain rigidly rooted in the binary. This automatically leads to the exclusion and expulsion of trans people from sports.

I agree that sports has been a safe haven for many a gender non-conforming persons, including myself. But, that safety was in place only as long as we continue(d) to pretend to be cis people.

Sports definitely gave me an outlet to express my masculinity, to explain it away even. I was lauded for it as long as I was competing in tournaments. However, I always knew that I couldn’t make a future for myself in it.

Sports helped the author make sense of his masculinity, but he knew he couldn’t dream of a future in it. Photo credit: the author.

I want to bring up the disrespect with which sports women like Santhi Sounderrajan, Dutee Chand and Caster Semenya have been treated. Apparently, all three of them had elevated levels of testosterone and therefore, were stopped from competing.

Many cis and trans people have hormonal imbalances. Every body is unique. It’s unfair that people of colour have to live up to white, cis benchmarks, to compete.

For instance, Sounderrajan was forced to undergo a so-called “sex verification test” and her Asian Games silver was revoked in 2006, after she “failed” the test. It’s heartbreaking to learn that she told the BBC that the Indian side didn’t fight for her.

Mind you, the “sex test” is not compulsory. International authorities can ask for an athlete to undergo one if they want to. What is this if not the singling out of gender non-conforming and trans* people?

Currently, Sounderrajan is a coach and wants to live her dreams through her students. Like I live some of mine through the likes of Mary Kom and Nikhat Zareen… more power to all of them!

Why Dutee Chand Is A Trailblazer

About a decade later, Dutee Chand managed to successfully overturn her ban on competing via a legal battle, which gave her the right to compete with a hormonal imbalance. It’s unfortunate that she had to knock the court’s doors to reinforce her fundamental right.

That being said, it does give you a tiny glimmer of hope when things change for the better. Now, Chand is considered to be “the” fastest women in India. Furthermore, she came out in 2019 and said that she was in a relationship with a girl from her village in Odisha.

She also added that she was very happy in her relationship, and although people look at them differently, they are still very much in love with each other. Breaking norms and how!

Dutee Chand (seen here on the left, with her partner, Monalisa, on the right) came out as lesbian in 2019, after her sister threatened to out her to the media. Photo credit: Kadambini.

In 2021, South African athlete, Caster Semenya, filed an appeal with the European Court of Human Rights against her ban on competing. Chand had written to Semenya offering legal help. Don’t you just love it when women support each other? I know I do!

To those of you tempted to play the devil’s advocate, please don’t! If you can’t engage with trans realities, complexities and non-conformity in general, then this is not the blog for you. There is no conclusive evidence linking testosterone, solely, to athletic capabilities.

Many athletes with other kinds of hormonal and chromosomal anomalies, don’t have to undergo tests to compete, much less go down the judicial route. In fact, their right to compete is not even contested.

Think Michael Phelps, the swimmer, who undergoes regular checkups for Marfan Syndrome. “If you reach out your arms and form a T and your wingspan is longer than your height, you can be at risk,” wrote Phelps in 2005 autobiography, “Beneath The Surface”.

The swimmer does display classic symptoms of the disease. His elongated frame was 193 cm (about six feet and four inches on the old scale), while his arm span was considerably more, at 208 cm.

Also, “Phelps apparently produces just half the lactic acid of a typical athlete — and since lactic acid causes fatigue, he’s simply better equipped at a biological level to excel in his sport.”

To say that Semenya has to take medication to suppress her testosterone levels (something that her body naturally produces) if she wants to compete, is a violation of her right to bodily integrity.

No person should be forced to alter their body’s chemistry. This reeks of transphobia just as much as depriving a trans* person who wants hormones (be it testosterone or estrogen) from accessing them.

Why celebrate Phelps for his genetic advantages, but deprive the likes of Semenya, Chand and Sounderrajan, for any advantages they may have? And, how can sports authorities have the final say on what it means to be a woman? I have said what I had to say, I leave the rest to your able judgement…

Note: This news is originally published in youthkiawaaz.com Published for the purpose of sensitivity and awareness towards human rights. 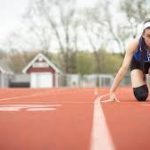