Leaders from various farmers organisations underlined their previous decision to stay away from court-appointed committees unless the three farm laws are repealed.

The decision to suspend laws does not change the status quo, was the general sentiment echoed by farmer leaders when asked about the Supreme Court’s decision on January 12, 2021 to temporarily suspend the implementation of the three agriculture laws forcibly passed by the central government.

Supporters of the farmers’ cause celebrated the news as a moral victory for farmers. The Court’s decision came as a breath of fresh air to citizens who nervously waited for today’s verdict.

However, farmer leaders said that they remain firm on the decision not to participate in any committee proceedings.

Bharatiya Kisan Union (BKU) State President Ratan Mann said that the stay decision is not a solution to farmers opposition to the three laws – the Farmers (Empowerment and Protection) Agreement on Price Assurance & Farm Services Act, the Farmer’s Produce Trade and Commerce (Promotion and Facilitation) Act, the Essential Commodities (Amendment) Act and the Electricity Bill 2020.

However, he appreciated the Supreme Court’s condemnation of the central government’s behaviour. Mann declined to comment on BKU President’s inclusion in the committee but said that the Sanyukta Kisan Morcha coalition would address the issue after due discussion.

This notion was echoed by All India Kisan Sabha (AIKS) General Secretary Hannan Mollah, who said, “We have already said we will not participate in it. Anyway, the people in this committee are ones who make government laws and policies.”

Nonetheless, he said farmers will discuss the possibility of the BKU President attending the committee proceedings after going over the written document detailing the Court’s decision.

Karnataka Rajya Raitha Sangha (KRRS) Vice President G. T. Ramaswamy who received the news while visiting a village area expressed disappointment on the call for a committee. He said farmers had already made it clear that they want the repeal of the laws, yet officials were still trying to push for talks.

“We trusted the law. Now, after this decision, our trust is also weakening,” he said.

Ramaswamy declined to comment on the larger decision to suspend the implementation of the laws although he said this is not likely to have a positive effect for agitating farmers.

Similarly, when All India Kisan Mazdoor Sabha (AIKMS) General Secretary Dr. Ashish Mittal was asked about the stay decision he said, “They have suspended the implementation for now. Later they will un-suspend it. It is good posture on the side of the Supreme Court to make this decision but it fails to solve the problem.”

He also assured that the farmers’ protests planned for Republic Day and other dates would continue with the usual spark.

Meanwhile, Jai Kisan Andolan National Convener Avik Saha reiterated that farmers protesting in Delhi to demand their just right and not to battle against the Government of India.

“We are not here to win or lose. The Supreme Court in its wisdom has stayed the farm laws and we welcome the decision but our demand for repeal of the three laws has not changed,” he said.

Moreover, Saha dismissed the rumour that elderly, children and women protesting against the farm laws will leave the protest sites. Regarding the same, he said, “The Chief Justice’s attitude today is condemnable. To treat women of India in the twenty-first century as weak and needing protection is shameful. It is a regrettable portrayal of patriarchy.” 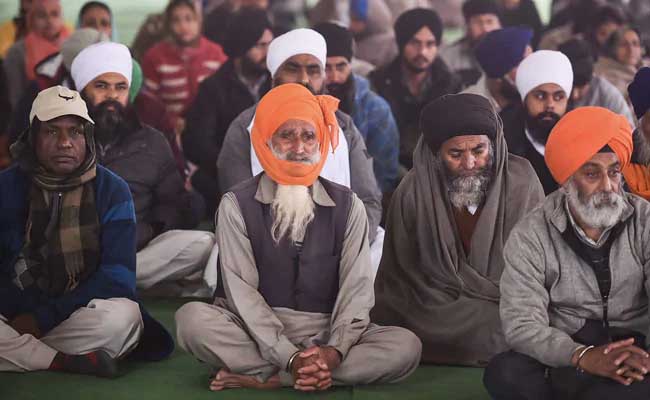 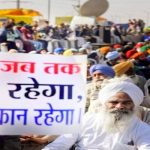