The Supreme Court on Friday sought response from the Centre on a plea challenging the Union Health Ministry’s Blood Donor guidelines of 2017 that prohibit donations from transgender persons, gay men and sex workers, categorizing them as high risk group for HIV/AIDS infection.

Issuing the notice to the Centre, Chief Justice Sharad Bobde, heading a bench also comprising Justices A. S. Bopanna and V Ramasubramanian, said the court is not an expert on scientific matters to react forthwith to the issue, when PIL petitioner Thangjam Santa Singh’s lawyer Jayna Kothari sought a stay on the guidelines.

The PIL says that during the Covid pandemic, many members of the transgender community who needed blood were unable to get it from their trans relatives or loved ones, as a result of the guidelines.

The Guidelines on Blood Donor Selection and Blood Donor Referral, 2017, in its criteria 12 and 51, prohibits transgender persons, men having sex with men, and female sex workers from donating blood.

The PIL says this bar on donating blood is “arbitrary unreasonable, and discriminatory and also unscientific.” It says that “In fact all blood units that are collected from donors are tested for infectious diseases, including Hepatitis B, Hepatitis C and HIV/AIDS; hence permanently excluding them from donating blood and categorizing them as high risk only on the basis of their gender identity and sexual orientation is violative of their right to be treated equally as other blood donors.”

Contending that any exclusion of the blood donors should be based on actual and not perceived risk, and should not be based on identities, the PIL says that the guidelines under challenge are in violation of the settled position of law that discrimination cannot be made on the basis of gender identity and sexual orientation. 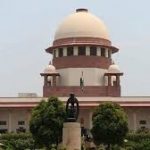