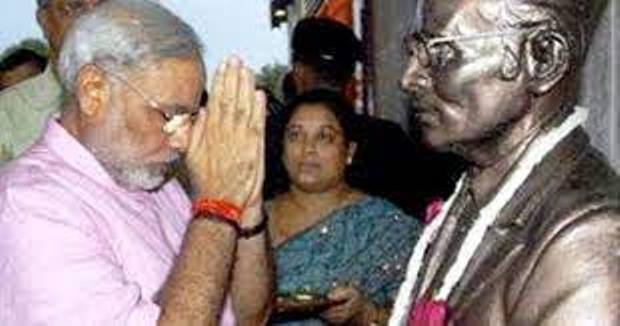 One of the top freedom fighters whom BJP and Prime Minister Narendra Modi revere the most, Vinayak Damodar Savarkar, was also a great supporter of the two nation theory for India, one for Hindus another for Muslims, claims a new expose on the man who is also known to be the original proponent of the concept of Hindutva.

A well-known Indian periodical in a 4,500-word article titled “A Lamb, Lionized”, claiming to have fresh documents on Savarkar, says that the founder of Hindutva declared in favour of the two-nation theory at Ahmedabad in 1937, where he was elected president of the Hindu Mahasabha.

While addressing the 19th session of the Hindu Mahasabha in the city, he declared: “There are two antagonistic nations living side by side in India”, underlining, “India cannot be assumed today to be a unitarian and homogenous nation. On the contrary, there are two nations in the main: the Hindus and the Muslims, in India.”

Further quoting Savarkar as saying that “several infantile politicians commit the serious mistake in supposing that India is already welded into a harmonious nation, or that it could be welded thus for the mere wish to do so”, the author of the article, Nirajan Takle, comments, he regularly criticised Gandhi and his “obsession for Hindu-Muslim unity”.

The article says, “The theory of two nations, first proposed in ‘Essentials of Hindutva’, was passed as a resolution of the Mahasabha in 1937. Three years later, the All-India Muslim League, led by Jinnah, adopted the concept in its Lahore session.”

Supporting Jinnah, on August 15, 1943, Savarkar said in Nagpur, “I have no quarrel with Mr Jinnah’s two-nation theory. We, Hindus, are a nation by ourselves and it is a historical fact that Hindus and Muslims are two nations.”

The man who served more than a decade-long prison term in the dreaded Andaman prison after he was arrested in London in 2010 for aiding the murder of Nasik district collector AMT Jackson, by 1930s had already turned quite a favourite of the British rulers, says the article.

Thus, on October 9, 1939, Savarkar met Lord Linlithgow, the viceroy of India, in Bombay. Linlithgow wrote a report of the meeting: “The situation, he [Savarkar] said, was that His Majesty’s government must now turn to the Hindus and work with their support….”

The viceroy added, “Our interests were now the same and we must therefore work together… Our interests are so closely bound together, the essential thing is for Hinduism and Great Britain to be friends and the old antagonism was no longer necessary.”

The journey of Savarkar, who set his foot on Andaman on July 4, 1911 and released from the Cellular Jail on May 2, 1921, began during the prison days. While in prison, he wrote three mercy petitions, the last of which said, “I am ready to serve the Government in any capacity they like.”

It added, “The mighty alone can afford to be merciful, and therefore where else can the prodigal son return but to the parental doors of the Government?” This was when he had served nine years and ten months.

From Andaman, Savarkar was brought to Yerwada Jail in Pune, where he served for two more years, and released in January 1924, on the condition that he would not participate in any political activity. But, even when he was in the jail, he was allowed to published “Essentials of Hindutva” was allowed to meet KB Hedgewar, the founding sarsanghchalak of the RSS, and revive Hindu Mahasabha. 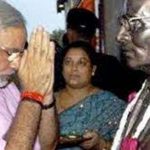