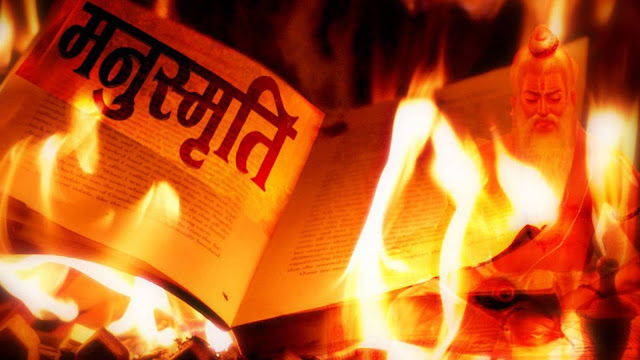 The Constituent Assembly of India finalized the Constitution of India on November 26, 1949 which is celebrated as the Constitution Day This Constitution promised new born Indian Republic a polity based on democracy, justice, egalitarianism and rule of law. However, RSS was greatly annoyed. Four days after the historic event of approval of it, the RSS English “Organiser” in an editorial on November 30, 1949, complained:

“But in our Constitution there is no mention of the unique constitutional development in ancient Bharat. Manu’s Laws were written long before Lycurgus of Sparta or Solon of Persia. To this day his laws as enunciated in the Manusmriti excite the admiration of the world and elicit spontaneous obedience and conformity. But to our constitutional pundits that means nothing.”

Thus, RSS wanted this Constitution to be replaced by Manusmriti or Manu Code which is known for its derogatory and inhuman references to Sudras, Untouchables and women. By demanding promulgation of the laws of Manu in independent India RSS was simply following its mentor, philosopher and guide VD Savarkar. According to him:

“Manusmriti is that scripture which is most worship-able after Vedas for our Hindu Nation and which from ancient times has become the basis of our culture-customs, thought and practice. This book for centuries has codified the spiritual and divine march of our nation. Even today the rules which are followed by crores of Hindus in their lives and practice are based on Manusmriti. Today Manusmriti is Hindu Law.”

RSS continued to hate the Indian Constitution despite it being regarded as one of the finest documents upholding principles of equality and justice globally. The most prominent ideologue of RSS, MS Golwalkar declared it to be anti-Hindu. The collection of his writings “Bunch of Thoughts” which is a Bible for the RSS cadres carries the following statement against the Constitution:

“Our Constitution too is just a cumbersome and heterogeneous piecing together of various articles from various Constitutions of Western countries. It has absolutely nothing which can be called our own. Is there a single word of reference in its guiding principles as to what our national mission is and what our keynote in life is?”

What kind of civilization the RSS and Hindutva camp want to build by enforcing the laws of Manu, can be known by having a glimpse of the laws prescribed by Manu for the lower castes/Untouchables and women. Some of these dehumanizing and degenerate laws, which are presented here, are self-explanatory.

Manu’s Codes are too glaringly venomous, fascist and degenerated against untouchables who are referred to as Sudras by Manu.

It is hugely sad times for democratic-secular Republic of India that RSS-BJP rulers who worship Manusmriti and want to undo the present Indian polity would be putting up a farcical show of celebrating the Constitution Day. The nation must be at guard to defend the Constitution from wolves in the attire of sheep!

Given below is a selection of Manu’s Codes is from F Max Muller, “Laws of Manu” (Delhi: LP Publications, 1996; first published in 1886). The bracket after each code incorporates number of chapter/number of code according to the above edition:

For the sake of the prosperity of the worlds (the divine one) caused the Brahmana, the Kshatriya, the Vaisya, and the Sudra to proceed from his mouth, his arm, his thighs and his feet. (I/31)

One occupation only the lord prescribed to the Sudras, to serve meekly even these (other) three castes. (I/91)

Once-born man (a Sudra), who insults a twice-born man with gross invective, shall have his tongue cut out; for he is of low origin. (VIII/270)

If he mentions the names and castes (jati) of the (twice-born) with contumely, an iron nail, ten fingers long, shall be thrust red-hot into his mouth. (VIII/271)

If he arrogantly teaches Brahmanas their duty, the king shall cause hot oil to be poured into his mouth and into his ears. (VIII/272)

With whatever limb a man of a low caste does hurt to (a man of the three) highest (castes), even that limb shall be cut off; that is the teaching of Manu. (VIII/279)

A low-caste man who tries to place himself on the same seat with a man of a high caste, shall be branded on his hip and be banished, or (the king) shall cause his buttock to be gashed. (VIII/281)

As per the Manu Code if Sudras are to be given most stringent punishments for even petty violations/actions, the same Code of Manu is very lenient towards Brahmins. Shloka 380 in Chapter VIII bestowing profound love on Brahmins decrees: “Let him never slay a Brahmana, though he have committed all (possible) crimes; let him banish such an (offender), leaving all his property (to him) and (his body) unhurt.”

Day and night woman must be kept in dependence by the males (of) their (families), and, if they attach themselves to sensual enjoyments, they must be kept under one’s control. (IX/2)

Women must particularly be guarded against evil inclinations, however trifling (they may appear); for, if they are not guarded, they will bring sorrow on two families. (IX/5)

Considering that the highest duty of all castes, even weak husbands (must) strive to guard their wives. (IX/6)

No man can completely guard women by force; but they can be guarded by the employment of the (following) expedients: Let the (husband) employ his (wife) in the collection and expenditure of his wealth, in keeping (everything) clean, in (the fulfilment of) religious duties, in the preparation of his food, and in looking after the household utensils.

Women, confined in the house under trustworthy and obedient servants, are not (well) guarded; but those who of their own accord keep guard over themselves, are well guarded. (IX/12)

Women do not care for beauty, nor is their attention fixed on age; (thinking), ‘(It is enough that) he is a man,’ they give themselves to the handsome and to the ugly. (IX/14)

Through their passion for men, through their mutable temper, through their natural heartlessness, they become disloyal towards their husbands, however carefully they may be guarded in this (world). (IX/15)

(When creating them) Manu allotted to women (a love of their) bed, (of their) seat and (of) ornament, impure desires, wrath, dishonesty, malice, and bad conduct. (IX/17)

For women no (sacramental) rite (is performed) with sacred texts, thus the law is settled; women (who are) destitute of strength and destitute of (the knowledge of) Vedic texts, (are as impure as) falsehood (itself), that is a fixed rule. (IX/18) 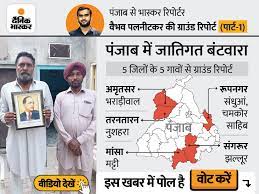 Report from 5 villages of 5 districts of Punjab: Jats and Dalits are divided into Sikhs, villages and villages of Punjab, from gurdwaras to crematoriums 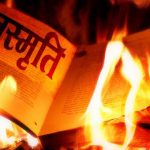