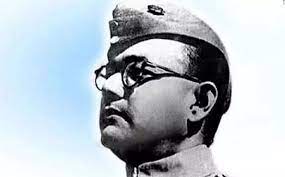 Netaji’s grandnephew Chandra Kumar Bose, who shared dais with Banerjee on Monday, said only way to stop ‘India’s disintegration’ was by adopting an inclusive ideology.

Kolkata: Individualism has no value without the nation, Rashtriya Swayamsevak Sangh (RSS) chief Mohan Bhagwat said in Kolkata Monday, underlining the dangers of promoting the “individual”.

Addressing a public rally in Kolkata on Netaji Subhas Chandra Bose’s 126th birth anniversary Monday, Bhagwat said: “We think of our own interests. I should be fine, my family should be fine. We don’t think of the country.”

He added: “Netaji’s dream of making India great is incomplete, and we will work to fulfill it as the world is looking up to India for leadership and we will have to lead by example.”

Bhagwat’s rally in Kolkata added fuel to the ongoing fight over Netaji’s legacy between the ruling Trinamool Congress and the opposition BJP.

About 50 metres away from the RSS event, Chief Minister Mamata Banerjee was seen paying her tribute to Netaji. Slamming the Centre, Mamata said, “Netaji had set up the planning commission but that has been dissolved. There is only ‘unplanning’ now and no one knows why the planning commission was removed. A true leader of the nation doesn’t need a certificate. They are trying to defame Bengal in every possible way. But when it comes to themselves, they pretend to be saints.”

Back in 2021, Mamata Banerjee had walked off the stage in presence of the Prime Minister after “Jai Sri Ram” slogans were raised at Victoria Memorial to mark Netaji’s 124th birth anniversary.

On Monday, BJP leader and Netaji’s grandnephew Chandra Kumar Bose, who shared the dais with West Bengal Chief Minister Mamata Banerjee, said, “We welcome the statements and thoughts expressed by Mohan Bhagwat but his words have to tally with action. Ideology of Netaji is diametrically opposite to that of Veer Savarkar and Dr Shyama Prasad Mookerjee. Netaji stood for inclusive ideology. That is the only path to stop India’s disintegration and the RSS has hopefully realised it.”

BJP leader Swapan Dasgupta told ThePrint that Bhagwat quoting from Netaji’s book had no political message but only reiterated the RSS’ stand. Dasgupta said: “The RSS has always stood up and said the nation came first and that was the idea behind using this reference during the speech. He explains it with the help of a book Netaji wrote that endorsed the nation-first philosophy.”

Trinamool Congress Minister Firhad Hakim told ThePrint, “Netaji taught inclusive politics but today the BJP only wants to divide and rule. They are pushing India into a danger zone. If Netaji’s ideology isn’t followed, how will India move forward? RSS is only highlighting Netaji’s work because they aren’t finding ground here in Bengal and they feel by garlanding Netaji, they will be accepted.” 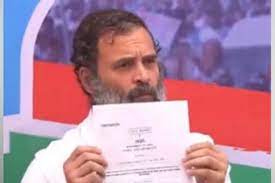 'He Helped British...': Rahul Gandhi Shows Proof to Back Remarks on Savarkar 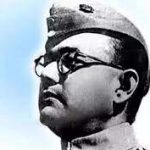