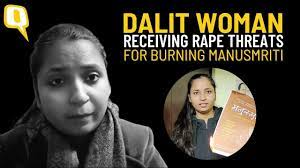 ‘They threatened that I would meet the same fate as Gauri Lankesh,’ says Dalit journalist Meena Kotwal.

“They are abusing Babasaheb Ambedkar, they are abusing me, threatening to assault and rape me. It’s become difficult to go outside my house. It is easy for them to attack me because I am a Dalit woman and they feel they can do anything to me.”

Journalist Meena Kotwal has been facing a relentless barrage of death threats and rape threats ever since she posted a video on social media of her burning the Manusmriti on 25 December 2021. She claims that those making the threat calls identified themselves as members of the VHP, Bajrang Dal, and Karni Sena.

Kotwal tells The Quint, “I have said nothing wrong in the video. The Manusmriti contains a lot of anti-women and anti-Dalit content. Babasaheb Ambedkar had also burned the Manusmriti, on 25 December 1927. Since then, Ambedkarites have been observing the day as Manusmriti Dahan Divas.”

“Every year, lakhs of people burn a symbolic image of the Manusmriti as an act of resistance. I have done the same, but I am being constantly abused for it. I think it is because I am a Dalit woman who is vocal about the rights and issues of the community.”

Following a complaint by Kotwal, the Delhi Police have registered an FIR on the threats against her, under provisions of the SC/ST (Prevention of Atrocities) Act and two sections of the IPC (criminal intimidation and intention to insult the modesty of a woman).

“Those threatening me are calling and telling me that I will suffer the same fate as slain journalist Gauri Lankesh. I am a journalist, my work is on the field. But the way these people have been threatening me, I am worried that they may physically attack me. “

Kotwal adds, “If they try to fight me legally, I am ready for that. If they wish to register an FIR or a case against me, I am ready for that because I have not done anything wrong. I request the police and the government to provide me security arrangements because anything untoward could happen, at any time.” 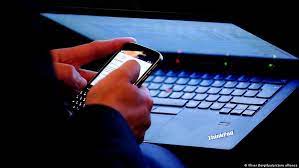 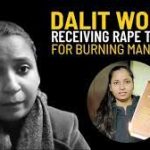