In the case, Anjali Guru Sanjana Jaan vs. State of Maharashtra and others, the Aurangabad bench of the Bombay High court observed that the right of a transgender person to self-perceived gender identity is well-established.

The petitioner is a transgender who chose the female gender as her self-perceived gender identity and hence, had tendered her nomination form for contesting the election from the ward reserved for the women-general category. Her nomination form was rejected by the Returning Officer in December 2020 stating that since she is transgender, there is no reservation for the transgender category in the present Village Panchayat elections.

The judgement referred to Section 4(2) of the Transgender Persons (Protection of Rights) Act, 2019 which lays down that a person recognised as a transgender shall have a right to self-perceived gender identity. The advocate representing the State Election Commission stated that the Returning Officer is likely to be unaware of this law and must have been in a dilemma while deciding the issue of acceptance of the nomination form of the petitioner.

It also highlights the judgment delivered by the Supreme Court in the matter of National Legal Services Authority vs. Union of India and others and observes that:

The returning officer’s order was quashed and set aside by the high court. The petitioner was permitted to contest the election from the ward and category which she has opted for in her nomination form.

In the case of Sachin Saini vs. State of UP and others, after the lodging of FIR, the arrest can be made by the police at will but it should be restricted to “those exceptional cases where arresting the accused is imperative or his custodial interrogation is required.”

The Bench was hearing an anticipatory bail plea filed on behalf of the applicant, Sachin Saini, with a prayer to release him on bail, in connection with a case registered under Section-452, 323, 504, 506 IPC. While the counsel for the accused argued that he has been falsely implicated and that there is no criminal history to his credit, the Additional Government Advocate (AGA) of Uttar Pradesh opposed the prayer for anticipatory bail of the applicant and submitted that in view of the seriousness of the allegations made against the applicant, he is not entitled to grant of anticipatory bail.

After considering the submissions this court observes that “Personal liberty is a very precious fundamental right and it should be curtailed only when it becomes imperative. According to the peculiar facts and circumstances of the particular case, the arrest of an accused should be made.”

In the backdrop of this case, the High court took the opportunity to highlight the third report of the National Police Commission wherein it is mentioned that arrests by the police in India are one of the chief sources of corruption in the police.

The report suggested that, by and large, nearly 60 percent of the arrests were either unnecessary or unjustified and that such unjustified police action accounted for 43.2 percent of the expenditure of the jails. Regarding arrests, a part of the report highlights that:

In conclusion, the Allahabad high court ordered the applicant be released on anticipatory bail on furnishing a personal bond with two sureties.

In another similar case Suraj Kumar vs. Union Territory of J&K, the J&K high court observed that an accused cannot be kept in custody merely for the reason that the offence alleged to have committed by him is of serious nature. The high court was hearing the bail plea filed on behalf of Suraj Kumar was booked under Sections 8/20 of NDPS Act, allegedly for being in possession of 500 grams contraband. The Trial Court had rejected his bail plea on the ground that the offence is serious in nature and affects society in general and the young generation in particular.

Reiterating the basic principle of law that every person is presumed to be innocent unless duly tried and found guilty, the bench of Justice Sanjay Dhar, opined that withholding of bail of accused cannot be used as a measure of punishment. Considering the submission of the case, the Court noted that the contraband alleged to have been recovered from the petitioner was of “intermediate quantity” and hence, the rigour of Section 37 NDPS Act would not apply.

Further, the Judge noted that the challan had already been produced before the Trial Court and thus, further incarceration of the petitioner could not be justified.

In conclusion, the J&K high court ordered the applicant be released on anticipatory bail on furnishing a personal bond with one surety.

A division bench of Chief Justice Sanjib Banerjee and Justice Senthilkumar Ramamoorthy took suo moto cognizance for monitoring the progress of pending criminal cases against state MPs and MLAs in the trial courts and High Court for ensuring full compliance with the directions of the Apex Court as provided in Ashwini Kumar Upadhyay & Ors. v. Union of India (2020).

In the Ashwini Kumar Upadhyay case, the apex court directed that each high court must assign pending criminal cases involving former and sitting legislators to one judicial officer in each district both for sessions and magisterial courts to expedite their disposal.

Submissions from other high courts highlighted challenges associated with the speedy disposal of criminal cases against legislators, as highlighted in the Ashwini Kumar Upadhyay case judgement. First, the proceedings in a number of cases have been stayed by the various High Courts. Second, the number of special courts constituted for the hearing and disposal of these criminals registered against legislators is grossly insufficient. Third, there is a   dearth of public prosecutors in these courts. Additionally, warrants are not executed, and witnesses are often not summoned. Sometimes, even the concerned authorities do not appear as required. Fourth, even when authorities may formally initiate an investigation by registering an FIR or with a preliminary inquiry by the CBI, or by registering an Enforcement Case Information Report (ECIR), these matters are not taken to their logical conclusion and often do not even result in the registration of a charge-sheet.

Pursuant to the directions of the Supreme Court, the High Court of Madras prepared data in the prescribed format describing the numbers of pending criminal cases against the legislators and concluded that a total of 107 cases were pending before the High Court alone (91 before the Principal Seat at Madras and 16 before the Bench of Madurai). Considering the gravity of the situation, the high court issued the following directions:

That the Registrar is also directed to issue a copy of the order to all subordinate courts and ensure the compliance of the directions issued by the Supreme Court.

That the subordinate courts shall fix these cases on priority and report the progress to Registrar General to be placed before the High Court.

The court was hearing a writ petition filed by Lekhraj Meena, a Police-forces aspirant from Rajasthan, who applied and passed for the SSC examination under the SC category. However, he was unable to qualify for the Physical Efficiency Test (PET) conducted in Delhi because he had not filled up the form of certificate for height relaxation. The Presiding Officer of the PET Board granted 5 days’ time to submit the requisite form of certificate for height relaxation, after obtaining certification from the competent authorities of the district where the petitioner resides. However, the same could not be submitted on time and the Presiding Officer refused to accept his certificate after five days. The Petitioner submitted that the delay was for reasons beyond his control, given the hurdles created by the ongoing Farmers’ Protest and Municipal Elections held in Rajasthan.

Considering these submissions, the Division Bench of Justices Rajiv Sahai Endlaw and Asha Menon emphasized that the reasons and objective of providing reservations/relaxations should not be lost sight of while implementing the reservations and relaxations. The default by the petitioner in submitting the certificate for height relaxation cannot be enforced pedantically, forgetting the very purpose of granting the reservations.

In conclusion, the high court directed the concerned authorities to consider the Petitioner’s application along with the height relaxation certificate. 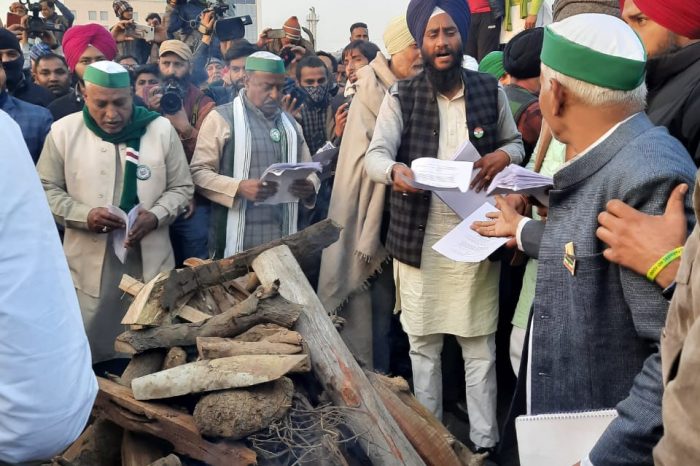 Farmers celebrate Lohri, burn copies of Farm Acts into ashes in the bonfire 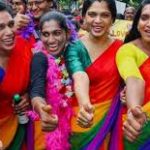