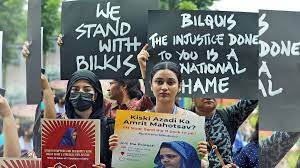 New Delhi: Religious freedom conditions in the country “remained poor” this year, said a report released by the United States Commission for International Religious Freedom (USCIRF) Tuesday while citing the arrests of journalist Mohammed Zubair, social activist Teesta Setalvad and many others.

This comes seven months after the panel recommended the US government designate India as a “country of particular concern” for engaging in or tolerating systematic violations of religious freedom, along with Pakistan, China, Afghanistan and 11 other countries.

In its latest report, the body accused the Modi government of continuing to “suppress critical voices—particularly religious minorities and those advocating on their behalf” through surveillance, harassment, demolition of property and detention under the Unlawful Activities Prevention Act (UAPA) and by NGOs under the Financial Contribution (Regulation) Act (FCRA).

Giving examples, the commission described the arrest of Alt News co-founder Zubair as based on a 2018 tweet “perceived to insult Hindu religious beliefs”, while human rights activist Setalvad was arrested for allegedly fabricating evidence implicating PM Narendra Modi in the 2002 Gujarat riots.

“Journalist Siddique Kappan remains in jail despite the Supreme Court granting him bail in September 2022. He was arrested in Uttar Pradesh in October 2020 while on his way to cover a rape case of a Dalit girl that sparked nationwide protests,” USCIRF’s report noted.

The report further added that there is a “pattern” of prisoners belonging to minority faiths being denied medical treatment.

“USCIRF has noted a pattern of Indian prisons delaying and at times denying access to medical treatment to religious minority rights defenders, particularly those with pre-existing health conditions,” stated the report, citing late tribal rights activist Stan Swamy — a Parkinson’s patient who was denied a straw — as an example.

“This trajectory, alongside an escalating government crackdown on civil society and dissent, is deeply alarming…,” the panel added.

The commission further claimed that it has received “credible reports” that members of Hindu “vigilante” groups and other such hardline groups threaten and use violence, including sexual assault, to “punish or subdue religious communities”. Victims are usually Dalit Christians and Muslims, it noted.

‘Culture of impunity’
Highlighting the ‘anti-conversion’ laws in India, the US panel said such policies have “disproportionately impact religious minorities” and created “a culture of impunity” for harassment and violence towards the Muslims and Christians in the country.

“The application and advocacy of these policies by government officials has created a culture of impunity for nationwide campaigns of harassment and violence particularly towards Muslims and Christians, exacerbating communal divides in various Indian states such as Gujarat, Madhya Pradesh, and Uttar Pradesh…,” the report stated.

Referring to the creators of the Sulli Deals and Bulli Bai, apps created to auction/sell Muslim women, and rape convicts of Bilkis Bano, the USCIRF mentioned how the Narendra Modi-led government has “pardoned” those who have actively targeted religious minorities

“While the government has faced criticism for jailing activists and voices of dissent, it has pardoned Hindu nationalists who have actively sought to harm religious minorities,” the report added. 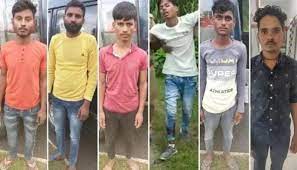 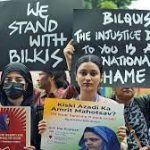