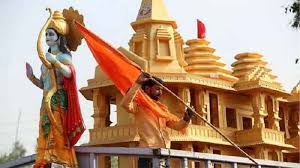 The Shri Ram Janmabhoomi Tirth Kshetra Trust (SRTKT) kickstarted its fundraising drive to construct the Ram Mandir in Ayodhya this week, but according to a report in The Telegraph, the Bharatiya Janata Party (BJP) is using this drive to gauge its popularity in different regions of the state of West Bengal.

Vishwa Hindu Parishad (VHP) and BJP members were reportedly distributing receipts for donation amounts in denominations of Rs 10, Rs 100 and Rs 1,000. They were also reportedly collecting details of donors. The Telegraph quoted a source saying that this database of donors would serve as a “dipstick survey” of supporters in the state.

This raises several concerns given how this will help the BJP ascertain not only who its supporters are, but also help them figure out those who did not donate, thus enabling their targeting. West Bengal is perhaps the state that the BJP covets the most and with state assembly elections due in a few months, areas from where there have been fewer donors could be in the party’s crosshairs. Non-donors could face intimidation, and this fear itself might make people make donations even if they do not support the cause.

News agencies quoted Kumar as saying, “He is the first citizen of the country so we went to him to initiate the drive.”

Now, while there is no law to prevent persons holding public offices from making monetary donations in their private capacity to any cause, when the President of India donates to a cause that has a deeply communal and violent history, it appears to send a message.

Carnatic musician and activist TM Krishna tweeted, “Donating to a temple is not the issue, that is his right. But the signal that donating to the Ram Temple in Ayodhya sends out to the citizens of this country is something the President seems to have forgotten, or may be he did not forget.”

Madhya Pradesh Chief Minister Shivraj Singh Chauhan also made a donation and even tweeted about it from his official account saying, “It is the luckiest day of my life. I feel like I have accomplished what I needed to as a human being.” He further said, “My family is also offering one brick.”

Once again, the issue is not a donation to a cause, but to publicise it, that too using official channels appears to normalise the blurring of lines between one’s personal and professional lives.

It is also noteworthy, that though the Supreme Court had ruled in favour of handing over the disputed land in Ayodhya to the Hindu parties, it also held that the demolition of the mosque was “an egregious violation of the rule of law”. 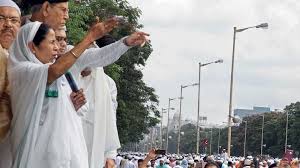 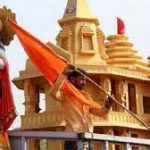