Reaching out to Dalit labour in farms, Rakesh Tikait, national spokesperson of the Bhartiya Kisan Union, said on Tuesday that farmers should take care of Dalit labour that works in their fields. “Whoever works in the field is a Dalit. Without their support, your protest would neither be complete nor meaningful,” said Mr. Tikait while addressing a ‘Kisan Mahapanchayat’ in the Hafizpur area of Hapur that has a significant Dalit and Muslim population.

He appealed to farmers to worship sage Valmiki. “Every rural household should have a photo or idol of the age. It is the community that makes your households worth living,” he asserted, giving the slogan of Jai Bhim, Jai Ram.

Talking of social alliances, Mr. Tikait said the place has a significant Muslim population too. “First, this government declared Muslim outsiders and termed them Pakistani. When Sikh farmers protested, they were dubbed as Khalistani… We have to overcome these divisive forces,” he said. “I appeal to farmers if there is a protest in another part of the country on issues that concern you, you should respond by holding a protest here. We need to build a pan Indian alliance,” he said.

Reiterating his formula of 3T, Mr .Tikait said the jawan with his tank, the farmer with his tractor and the youth with his Twitter (account) would lend solidarity to farmers’ protest.

Earlier, he unveiled a symbolic martyrs’ memorial at the Ghazipur border with social activist Medha Patkar. It has been dedicated to 320 persons who lost their lives during the farmers’ protests.

Describing the building of the memorial as part of Mitti Satyagrah (soil satyagraha), Mr. Tikait said any farmer from across the country could bring soil from his village and mix it here

Soil collected from the villages of the martyrs of the freedom movement and from villages that participated in post-Independence movements such as Narmada Bachao Andolan and Singhur has also reached the Ghazipur border. “This movement has become the revolution of every farm, every household,” he said. In future, he said, a permanent structure would be built at the place and National Flag would be hoisted.

Addressing the gathering, Ms Patkar said the government was busy diving the society. “I salute this movement because it brought farmer and farm labour, male and female farmer on the same platform.”

The farmer, Ms. Patkar said was not begging for MSP, it is his right. “We are here to save our soil, our environment.”

Giving the slogan of Mitti Bachao, Desh Bachao, Ms Patkar said symbols had an important role in any movement but ultimately, they should become part of people’s sentiments.

She said the government seemed to be working as a partner of the corporates. “The bad loans of corporates are being waived off while the farmers in debt have to end their lives.”

This movement, she said, was against the corporatisation of agriculture and to prevent attack on the environment in the name of development. “These mahapanchayats have given birth to a new janasansad (people’s parliament) It will force the government to give farmers and labourers their due space in society and decision making.” 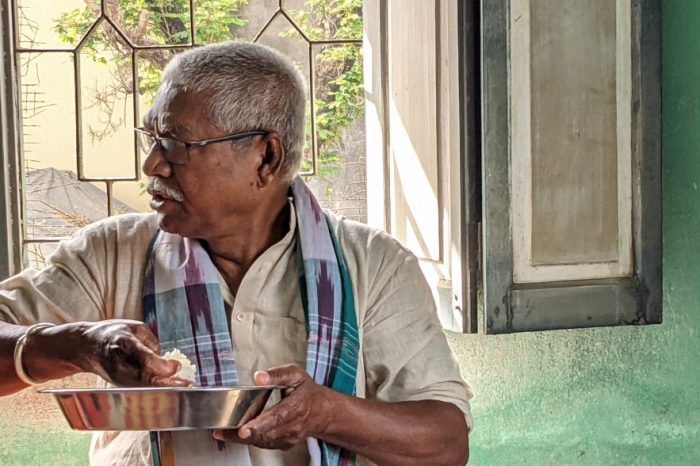 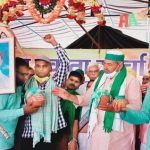