It took 70 years for the Union government to nominate a Scheduled Caste artiste for the Rajya Sabha — music maestro and well-known composer Ilaiyaraaja was nominated to the upper house of Parliament on 6 July. Apart from him, screenwriter and director V. Vijayendra Prasad, veteran athlete P.T. Usha and philanthropist Veerendra Heggade also made it to the list.

With this, the Narendra Modi government has taken the representation and diversity debate to a new level. This is in continuation of its earlier decisions to make art and culture spaces inclusive, at least in terms of social backgrounds. This we have seen in the Padma Awards also — tribal artists Durga Bai Vyam and Sakini Ramachandraya became Padma Awardees this year in March.

What data says
To put this in perspective, let’s check some data. Article 80 of the Constitution mentions that the Rajya Sabha was first constituted in 1952. The President was given the power to nominate 12 members to the house from persons having knowledge and expertise in literature, science, art and social service. The first batch of the nominated members included classical dancer Rukmini Devi Arundale and actor Prithviraj Kapoor. Consecutive governments always considered this category as an ‘elite space’, and no SC, Scheduled Tribe (ST) or Other Backward Class (OBC) member was ever nominated again.

Why Modi?
PM Modi does not belong to the traditional power elite. He does not belong to any powerful political family; neither is he the scion of any legal or business empire. He is not even an ex-bureaucrat or academic. His ascent to power is the result of a grand coalition of social forces supported by the Rashtriya Swayamsevak Singh (RSS) and big corporates. His position is secure only because the social balance of India, by and large, is in his favour. He is constantly working to retain this social coalition, and, at the same time, trying to expand it. His selection of the list of presidential candidates, Rajya Sabha members, and Padma awardees is testimony to his politics of representation and the symbolism associated with it.

The Modi government worked on the concept of ‘People’s Padma’, and it was, by and large, appreciated because many unsung non-elite (s)heroes got this award during his prime ministership. In 2016, the government threw open the nomination process for the Padma Awards to the general public. The government claims that “stress was laid on identifying those amongst women, weaker sections of the society, SCs & STs, divyang persons and persons doing selfless service to the society.”

Similarly, the Bharatiya Janata Party (BJP) is sending a decent number of SC, ST, and OBCs to the Rajya Sabha on its tickets. This year, the BJP’s list of Rajya Sabha candidates is testimony to this.

PM Modi never fails any opportunity to celebrate life and works, though selectively, of Dr B.R. Ambedkar, Jyotirao Phule, Savitribai Phule, Narayana Guru, Basava, Raidas, Tukaram, and so on and so forth. It must be noted that these icons had worldviews that didn’t conform to the Hindutva philosophy. Yet, the Prime Minister always tries to co-opt them as these icons are revered by different sections of the society.

This also coincides with V.D. Savarkar’s broad framework of the ‘Virat Hindu’ project. Its goal can be achieved only when all non-Muslims and non-Christians come in the same fold to save Hindutva from these non-indigenous religions as they have their holy lands (Pitribhumi and Punyabhumi) outside the geographical boundaries of India. Ilayaraaja was born in a Christian family but switched to the Hindu faith. In 2018, he made the controversial remark that he wasn’t convinced that Jesus Christ was ever resurrected and Ramana Maharishi surely was. Swarajya magazine had hailed his remark as an emphasis on Indic spirituality. Two months ago, he wrote in a foreword to a book that Ambedkar would have been proud of PM Modi’s achievement.

So, ideologically, the Prime Minister is in sync with the Hindutva philosophy when nominating Droupadi Murmu for the post of the president or by sending Ilaiyaraaja to the Rajya Sabha.

The Congress always had an elite bias as far as Rajya Sabha nominations for Padma Awards are concerned. It might never have come to the minds of the decision makers to give representation to the neglected in the arenas of art and culture. These were, in any case, elite spaces. Nothing much has changed for the party.

The gap in Rajya Sabha
This brings us to the second question. Why are the folk artists and artistes from the traditional artist communities ignored in Rajya Sabha nominations? This is also true for the Padma Awards and the art fellowships or membership of Kala academies. This is more of a structural question. The normative idea of artists in India, in fact, does not include the folk artists and traditional artist communities.

This is due to a process set in motion during the formative years of independent India when the State decided to cultivate and promote sanskritised or shastriya (Classical) art forms, and, in this process, neglected the traditional and local art forms. In the cultural festivals in foreign countries, mostly the classical music and dance forms represented India and its culture.

Scholar of Arts and Aesthetics Dr Brahma Prakash articulates that ‘Hindu upper caste culture has become the Indian default’. He sees the genesis of the sidelining of the folk art forms in the cultural exchange between Indian cultural nationalists and Orientalists. In this process, “the Sanskrit drama became the masterpiece of Indian theatre, whereas folk performances were labelled as unworthy”. Through such processes, the folk artists and traditional musicians and dancers communities were sidelined from the mainstream of art and culture and the upper caste established itself as ‘the Indian cultural class’. However, this high culture-low culture, high art-low art structural split isn’t exclusive to India. It was an 18th-century endeavour where museum institutions were created for the fine arts as civilising spaces for the masses.

Where upper caste came in
Upper caste elites grabbing the art space is, in fact, a new phenomenon. Anna Morcom, professor at Royal Holloway, University of London, says that till the 1930s, no woman could perform in public and retain respectability. Professional female performers were courtesans and dancing girls who lived beyond the confines of marriage. She notes that post Independence, upper caste girls monopolised the entire arena and professional performers were sidelined. This was achieved through a process of institutionalisation of respectability of classical performances in which the government and the corporate sector played a big role. Folk arts and culture remained the domain of anthropologists. Dance and music became ‘shastrik’, and that form became the mainstream.

The Society for the Promotion of Indian Classical Music and Culture amongst Youth (SPIC MACAY) is continuing that process. Morcom notes how art gurus like Narayan Bhatkhande and Vishnu Digambar Paluskar set up teaching institutions that provided Sanskritic and shastrik basis for Hindustani music. The classical performing arts were set on a pure and higher level.

This was a brutal course of action by successive governments and the institutions that purged, or rather robbed, the landscape of Indian art and culture and thus sidelined the folk and traditional arts and artists. It’s not a surprise that we have not seen any folk or traditional artist enter the coveted space of Parliament. Even PM Modi has not breached that cultural demarcating line even though he has broadened the pool with Ilaiyaraaja. 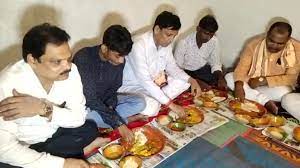 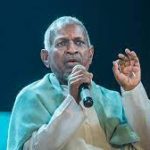