Charanjit Singh Channi is a Ramdasia, whose elevation as Punjab CM has propelled the issues and political identity of Dalit Sikhs to the centre stage of the state’s politics.

The presence of various castes, including Dalits, within Sikhism appears at the outset to be a misnomer, since Sikhism doesn’t recognise any kind of social stratification. Before their conversion to Sikhism, Dalit Sikhs were Hindus, and had embraced Sikhism in the hope of gaining dignity and social equality. But the curse of casteism was not so easily shed, and even in their new religious avatar, social exclusion continued to benight them.

Dalit Sikhs often lament that they remain peripheral to structures of power even in Punjab, which is the only Sikh-majority state in the Indian Union, but the recent elevation of Charanjit Singh Channi – a Ramdasia Sikh – to the post of Chief Minister, and thus the first ever Dalit CM of Punjab, has dramatically propelled the issues and political identity of Dalit Sikhs to the centre stage of contemporary Punjab politics.

In terms of social status, the Mazhabi, Ranghreta, Ramdasia, Ravidasia, Rai, and Sansi Sikhs – far from being bracketed with the topmost castes, i.e., Jat, Khatri, and Arora Sikhs – are categorised to be lower than Ramgarhia and Ahluwalia Sikhs. Most regrettably, Dalit Sikhs – like their counterparts in the Hindu caste hierarchy – are placed on the lowest rung of the Sikh caste hierarchy.

They themselves disregard the egalitarian tenets of the Sikhism, and further subdivide themselves along caste lines: Marriage is within community boundaries, and Ramdasia and Ravidasia Sikhs consider themselves superior to the Mazhabi and Ranghreta Sikhs. Although Ramdasias and Ravidasias originated from Chamars, the former consider themselves superior to the latter. Sansis and Chamars are considered lower in hierarchy than the Mazhabis. But for non-Dalit castes, hierarchy within Dalit Sikhs carries no meaning. For them Sansi, Chamar and Mazhabi Dalit Sikhs are of the same – the lowest – rank.

One segment of Dalit Sikhs consists of Ravidasias (leather workers), and Ramdasias (weavers). But many Ravidasias do not consider themselves part of either Hinduism or Sikhism but a separate religion altogether – Ravidasia Dharm. Followers of Guru Ravidas, they are often mistaken as ‘Dalit Sikhs’, even though some of them keep beard and unshorn hair similar to the baptised Sikhs and worship Guru Granth Sahib.

Ravidasias are very particular about their distinct faith and often assert their separate Dalit identity. However, in official records, they are still bracketed with Chamars, and counted as Hindus in the census records just like them.

Ramdasias were also originally Chamars, and are included within that group in Punjab’s Scheduled Caste list. Those members who were mainly from the weaving community, popularly known as Julahas, became Ramdasias after conversion to Sikhism. Ramdasias were also known as Khalsa biradar (brother). They were allegedly converted to Sikhism during the time of fourth Guru of the Sikh faith, Guru Ram Das. Babu Kanshi Ram, the founder of the Bahujan Samaj Party, was a clean-shaven Ramdasia Sikh who belonged to Punjab’s Ropar district. Just like him, many Ramdasia Sikhs remain clean-shaven.

Note: This news piece was originally published in theprint.com and use purely for non-profit/non-commercial purposes exclusively for Human Rights objectives. 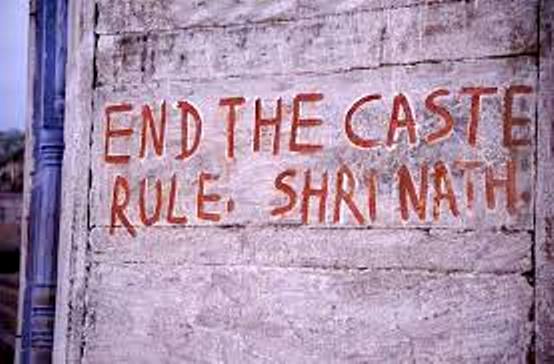 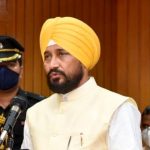