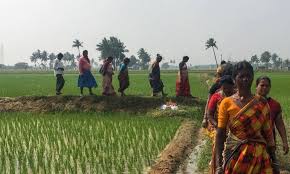 Tears trickled down the face of K. Prakashan, a resident of Thuruthi, as he narrated the events that unfolded a few days ago when the police assaulted and arrested him and others when they objected to the survey of their colony by government officials to acquire the land for development of the National Highway.

Mr. Prakashan is one among the several people of the Scheduled Caste community, who have been on a protest for over 1,000 days now against the acquisition of their lands.

The residents of the colony have been demanding realignment of the plan, which would otherwise uproot them from their ancestral land where they have been living for centuries and demolish their Sri Poothiyil Bhagavathy temple, which is over 400 years old.

Twenty-five families belonging to the Dalit community here allege that the authorities had fixed the present alignment purposely to skirt around the properties of influential and wealthy people from acquisition.

Mr. Prakashan said that most of the residents from the community were very poor and they did menial jobs for a living. The proposed alignment, which was the third one by the development authority as part of the NH expansion, would evict all the Dalits living here. Over 8 acres of land would be acquired if they went ahead with it, they said.

Two earlier alignments, which were made in 2016, did not propose any curve and would not have affected the people and property. However, the third one, which was planned after the LDF government came to power, was fixed in such a way that it went right through the colony, he said.

“The people here are not against development, but they have been demanding straightening this curve, which would save them from being uprooted from their land where they have been living for centuries,” he said.

The land mafia and people with vested interests had a role in changing the alignment and there was forcible eviction from the colony with a larger and ulterior motive, he alleged.

Mr. Kumar said that the documents submitted by the NH authorities to the court pointed to the intervention of “VIPs” and influential people to change the previous alignment.

He said the existing alignment would destroy a large extent of wetlands. As per the previous plans, the bypass would have been completed by widening the present National Highway.

Even the Commission for Scheduled Castes and Scheduled Tribes, which inspected the site, had found that the present alignment was formed in a curved and zig-zag manner.

The commission opined that the NH authorities must examine the issue and find a suitable alignment.

The Pappinissery grama panchayat had also stated in its report that sufficient land was available for acquisition and that the alignment could be fixed in a straight line, which would not affect the colony.

Despite this, all the pleas to realign the plan had fallen on deaf ears, he said, adding that they had taken up the issue with the Green Tribunal. However, the recent police action against the protesters has instilled fear in the families here.

“We have resolved most of the issues here and convinced the people,” said District Collector T.V. Subhash. He said that was apprehension in the mind of the people. However, after listening to their grievances and issues, they had been given better offer and compensation, to which they had now agreed, he said. Besides, all the formalities had been carried out, including issue of notification and as per rules and now they could not object to the process, he said. 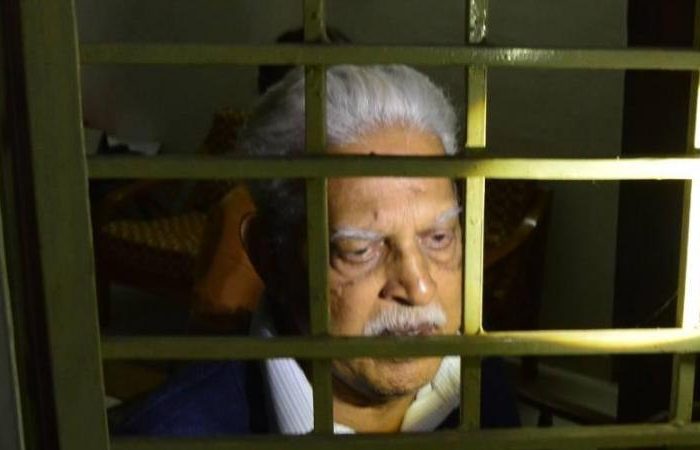 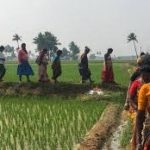