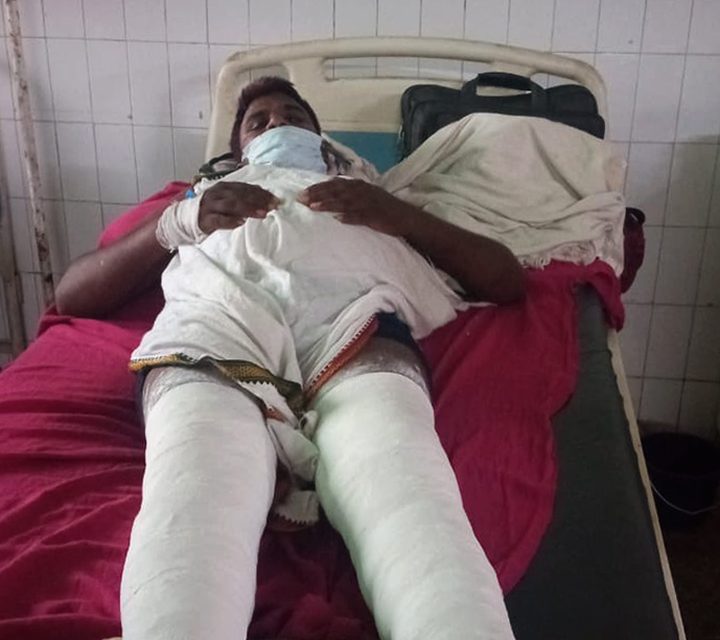 Santosh Kumar was assaulted in June, allegedly by a BJP leader. This is now the centre of a political storm.

On June 26, Santosh Kumar, a reporter in Jaunpur, Uttar Pradesh, was allegedly assaulted by a BJP leader and his henchmen. Two months on, the alleged assault is at the centre of a political fight.

Santosh had done a report for a news website called Bahujan India 24 News on June 25 claiming that the police in Jaunpur’s Maharajganj were refusing to file an FIR on a Scheduled Caste man’s complaint despite the law mandating it. The complaint by Ranjit Kumar, a resident of Sawansa village, alleged that six men had used casteist slurs and threatened to murder him. Santosh is from the same village.

Since the Maharajganj police would not register an FIR, Santosh reported, Ranjit’s fellow villagers had written to Jaunpur’s police chief for action against Harishchandra Singh, the head of the Maharajganj police station, whom they accused of working at the behest of a local BJP leader, Yadvendra Pratap Singh.

The next day, Yadvendra and his men allegedly waylaid Santosh and assaulted him. “I was targeted for a story about instances of attacks on Dalits under the BJP regime,” the journalist, himself a Dalit, told Newslaundry.

Yadvendra, the pradhan pati – his wife Anamika Singh is officially the pradhan, or village head – of Sawansa, refuted the allegations and claimed that the journalist was out to settle political scores.

The two of them do have a history.

Santosh’s wife Reshma contested in the last panchayat election in March this year, standing against Yadvendra’s wife Anamika for the post of gram pradhan, only to be allegedly threatened by the BJP leader and his supporters. Reshma alleged that fellow villagers from the Thakur caste, to which Yadvendra belongs, told her, “You c**m***n, will you challenge us now by contesting elections?”

Then, on March 25, she was allegedly beaten up by a group of unknown men. She wrote to the superintendent of police for action, she said, but no action was taken.

Three months later, Santosh was attacked. He went to the Maharajganj police, but they didn’t file an FIR until July 17, naming Yadvendra and nine other men, four of them unknown, and booking them for rioting, robbery, voluntarily causing grievous hurt, intentional insult with an aim to provoke breach of peace, and criminal intimidation and mischief causing damage under the penal code, as well as under the Scheduled Caste and Scheduled Tribe Prevention of Atrocities Act.

According to the FIR, Santosh was attacked on his way home from the market at around 3 pm. “As the attackers, including BJP leader Yadvendra Singh, hurled casteist slurs, he ran into fields where he was followed by these lathi-wielding men,” it states. They also destroyed Santosh’s cellphone and stole Rs 5,000 in cash.

When Santosh went to complain at the Maharajganj police station, the FIR adds, “the thana in-charge made him wait inside the lockup and abused him, refusing to file his FIR. Then, he was told to backtrack on the name of the BJP leader and was finally let go at 2 am.”

The Maharajganj police did eventually file an FIR but did not act on it by arresting the accused men, as required by the Atrocities Act.

On August 20, Santosh alleged, a group of “local BJP workers” barged into his home and attacked him and his family. “It’s all being done at the behest of BJP MLA Dinesh Chaudhary,” he claimed. “No wonder the accused haven’t been arrested until now.”

Newslaundry was unable to corroborate his claims; Chaudhary did not respond to requests for comment.

Since the most recent attack, Santosh and his family have been sitting on dharna to press for the arrest of Yadvendra Singh. They also want a separate FIR filed in connection with the August 20 attack.

When asked about no arrests yet in the assault on the journalist, Santosh Kumar Rai, the station house officer of Maharajganj pointed out that most of the sections invoked in the FIR prescribe a punishment of up to seven years. In that regard, the Supreme Court had held that the police were obliged to issue a “notice of appearance” first in such cases. Also, the apex court had ruled that while the registration of an FIR is mandatory, the immediate arrest of the accused is not, especially given the investigation is ongoing.

Hence, Rai said, “we haven’t arrested anyone yet.”

Santosh had also alleged that both his legs had been fractured during the attack in June. However, Rai said, “The primary injury report issued by the community health centre establishes a fracture in the patella bone of one leg. Why does he have a plaster on both legs?”

Rai told Newslaundry that Santosh himself has a couple of FIRs filed against him by locals pertaining to “minor disputes like picking of gular leaves and goats straying on someone else’s field”. The Jaunpur police also issued a statement on social media on September 1 that said Santosh’s allegations of an “attack by political rival Yadvendra Singh” were “baseless”.

On his part, Yadvendra denied his involvement in the attacks on Santosh and his family. “I wasn’t present when either incident was reported. I was busy elsewhere,” he told Newslaundry.

He alleged that when they were locked in a “fierce competition” during the election, Santosh “resorted to publishing fake news” such as that the BJP politician was “luring voters with alcohol”.

Another time, Yadvendra alleged, Santosh “conducted an exit poll based on caste and predicted which candidate would get how many votes” and published the result in a report on Bahujan India 24 News. The report has since disappeared from the news website, the BJP leader added, but he has the text saved which he shared with Newslaundry. Publishing any exit poll before the election has ended is prohibited.

Newslaundry spoke with the news website’s chief editor, Mukesh Bharti, who started Bahujan India 24 News in 2016. He denied carrying any story on exit polls before the panchayat elections. “Santosh was targeted simply for following up a story about police not filing an FIR in the case of Ranjit. On our portal, my contact details are given with every story just so that if anyone has issues with an article, action can be taken immediately”, said Bharti.

Yadvendra also shared letters from a few villagers complaining against Santosh. In one such letter to the district magistrate in March 2021, as many as 30 villagers allege that Santosh “often demands commission from those benefiting from government schemes and, if they refuse, often threatens to frame them in false cases.”

On June 1, a villager called Usman Ali complained to the Maharajganj police that “he was attacked by Santosh the previous night at 9.30 pm and on resistance was told that he would face consequences of a case under SC/ST Act”.

In another letter, sent on June 22, a woman complained to the police that “Santosh had tried to molest her because of some old enmity and when her daughter tried to intervene, he tore her clothes and subjected both of them to verbal and physical abuse”.

Santosh told Newslaundry all these allegations are “motivated”. The police attributed the complaints to “local politics”.

Santosh’s work for Bahujan India 24 News has featured Yadvendra Singh on more than one occasion.

Soon after the panchayat election, Santosh reported about the alleged embezzlement of government funds by two associates of Yadvendra and a relative of his wife. Another story, based on a complaint filed by the reporter’s wife Reshma, accused a man named Vinod Singh of grabbing public land.

“After they raised the matter of the land grab, the police took one of Santosh’s family members in custody. So Santosh called me,” Nandlal Gautam, a member of the Congress party’s SC department, said.

Nandlal took a delegation of local Congress members to meet Santosh’s family at the district magistrate’s office, where they are protesting, on August 31. “With the police refusing to file an FIR, this is nothing less than dictatorship,” he claimed. “There’s a history of caste-related tensions and the panchayat election only intensified those differences.”

Note: This news piece was originally published in Newslaundry.com and use purely for non-profit/non-commercial purposes exclusively for Human Rights objectives. 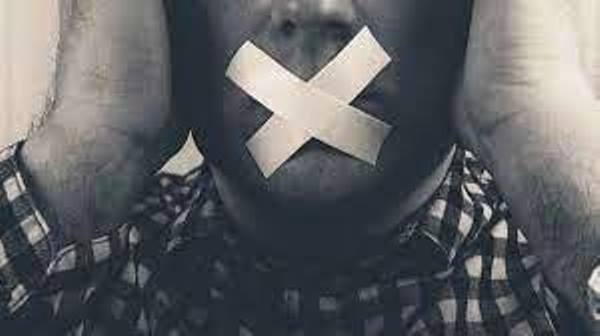 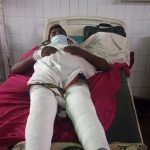