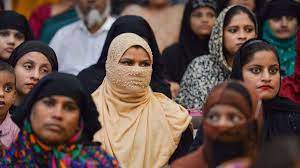 The ongoing consultations between the departments of Central Government pertaining to the constitution of a National Commission to study the socio-economic and educational status of the Scheduled Caste members who converted to religions other than Hinduism, Buddhism and Sikhism has opened the floodgate of discussions on the caste discrimination among Muslims and Christians.

The report as gathered from sources emerged in the backdrop of the latest hearing in the Supreme Court on August 30 where the Solicitor General Tushar Mehta promised to submit the stand of the Centre on the issue within three weeks. The SC was hearing bunch of petitions asking for the extension of reservation facilities to the Dalit converts to other religious communities than those included.

The rationale behind giving reservation to the Scheduled Caste (SC) was the social evil of untouchability that was prevalent among Hindus. Under article 341, the President was assigned the power to demarcate SCs among ‘castes, race or tribes or other groups’. The first order under this provision came in 1950 to mark Dalits among Hindus. The subsequent orders in 1956 and 1990 included the Dalits of Sikh and Buddhist communities respectively.

This is not the first time that the debate has mopped up. Earlier, consecutive commissions had been formed to look into the matter. However, the politics of opportunism and whataboutery failed to implement the recommendations. A throwback to the time will help us understanding the politics behind the issue.

The BJP Government that is set to form the commission now, ironically was the strongest opponent of such propositions. In 2010, criticising the reports and recommendations of Ranganath Mishra commission that was formed in 2004 to look into the economic and social condition of the minorities in the country, the then BJP President Nitin Gadkari said that as such reservation would cut into the shares of the OBCs, “the BJP will oppose it with all its might”. They rallied support from the senior most leaders like Venkaiah Naidu, Shivraj Chauvan and called the report a ‘curse’ that needs to be ‘thrown into a dustbin’.

Not only that, last year addressing the upper house, former Law Minister Ravi Shankar Prasad said, “Para 3 of the Constitution (Scheduled Castes) Order outlines that …no person who professes a religion different from Hindu, Sikh or Buddhist shall be deemed to be a member of a Scheduled Caste”.

Back in 1961, the highest decision-making body of the RSS Akhil Bharatiya Pratinidhi Sabha (ABPS) in a statement said, “If any scheme of separate reservation… of different sects is sought to be envisaged for political purposes, it will prove highly detrimental to national unity.”

In 1990 following the acceptance of reservation for Dalits among Buddhists when Christians asked for the same favour, ABPS pointed out, “the Constitution makers envisaged these concessions only to remove caste-based discrimination and inequality prevalent in the Hindu society”.

In contrast to their earlier position, the recent step of the BJP Government though is a welcome move, the political observers are of the opinion that the fate of this commission may be the same like the previous ones.

Earlier Commissions and Its Fate

UPA I under the leadership of the former Prime Minister Manmohan Singh constituted two significant commissions to look into the life conditions of the minorities. The first was national Commission for religious and Linguistic Minorities, known as Ranganath Mishra commission after the name of its chairperson, the second one was a high-level committee under the former Chief Justice of Delhi High Court Rajinder Sachar.

In its report while Sachar committee found rare socio-economic and educational improvements among Dalits converts, Ranganath Mishra commission recommended 10% reservation for Muslims and 5% for other minorities in the government jobs. One of the prominent suggestions of Mishra commission was the delinking of Scheduled Castes from religion. It recommended the abrogation of 1950 Scheduled Caste order that excludes ‘Christians, Muslims, Jains and Parsis from the SC net’. However, citing the inadequate data, the recommendations were not adopted.

In 2008, National Commission of Minorities commissioned a review study led by sociologist Satish Deshpande to look into majorly three questions – firstly, the contemporary economic and social status of Dalit Muslims and Dalit Christians; secondly, a comprehensive comparison between them and the Hindu Dalits and non-Dalits and lastly whether their caste baggage needs state intervention.

The research evidently found caste-based discrimination among Muslims and Christians on the grounds of untouchability, ban on inter-marriage, occupational segregation, socio-cultural segregation and most importantly economic discrimination. The data used for the study also suggested that the total population of Dalit Christians and Dalit Muslims are around 2% of total Dalit population of which 90% are Hindus. This data brushes off earlier allegations of the BJP that such reservation would carve out a formidable share from OBC coterie.

However, as none of the reports could see the light of the day, the cynics in the political circle are considering it another useful agenda to garner support prior to upcoming general elections in 2024. Notably, the Dalit Muslims and Dalit Christians comprise a formidable population in Bihar, Jharkhand and Odisha where in recent past BJP didn’t have cordial experience.

Note: This news piece was originally published in outlookindia.com and used purely for non-profit/non-commercial purposes exclusively for Human Rights . 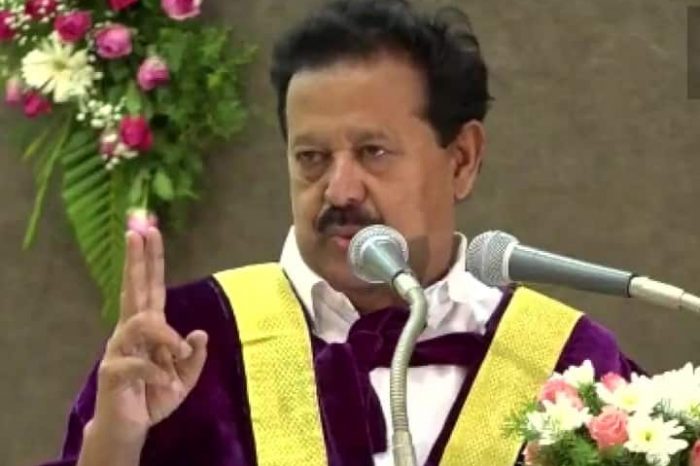 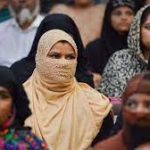