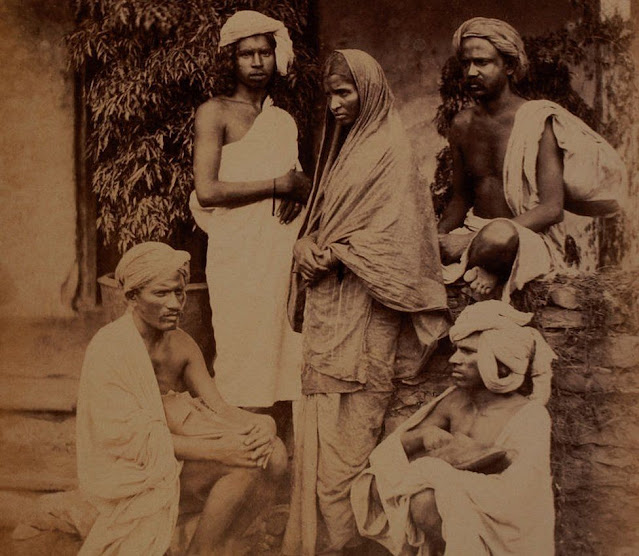 Queen Elizabeth II, the longest serving monarch of the British empire, died on September 8th at the age of 96, and since then the crazy 24×7 channels, including BBC and CNN, have been minutely reporting every event related to her death. The funeral will take place on September 19th, but till then people will watch various events and engagements of the royal family, particularly the new King Charles III and his consort.

The Queen ruled for over 70 years, and hence one can understand the feeling of loss to a nation which ruled a large part of the world till the middle of the last century. India too declared a one-day national mourning on September 11th. World leaders are expected to join the funeral procession on September 19th, and the London police is expecting massive gathering of people and leaders on that day.

The question as to why the United Kingdom, despite being a robust democracy, is still hanging on to monarchy has been widely discussed. The question becomes more important for Commonwealth countries like Canada, Australia and New Zealand, where the anti-monarchy sentiments are growing. One also needs to ask: why are the British royals so popular with the American public, who revolted against them so many years ago?

India was ruled by the British Empire from 1858 till 1947. Prior to that, the East India Company controlled India’s large parts. After Independence, India maintained good relations with Britain, and a big Indian diaspora, which now lives in UK, is hugely successful and politically influential.

Views in India on the British empire are divided. The Hindutva elite and their followers, from available facts, have ‘celebrated’ the British, who allegedly freed India from the Mughal rule. To them, the British were the liberators of the Hindus. A big section of the Ambedkarites too feels that the British opened the door of Dalit ‘liberation’ through education.

Recently, a Fox TV anchor was widely criticised when he ‘counted’ the greatness of the British empire in his show. Tucker Carlson said, “The British Empire was not perfect, but it was far more humane than any other ever. It’s gone now, barely even remembered. Queen Elizabeth II was the last living link to a truly Great Britain. Today on social media, the usual ghouls celebrated her death…”

He continued, “When the U.S. government withdrew from Afghanistan after 20 years, we left behind airstrips, shipping containers and guns. When the British pulled out of India, they left behind an entire civilization, a language, a legal system, schools, churches and public buildings, all of which are still in use today. Here’s the train station the English built in Bombay, for example. There’s nothing like that in Washington, DC right now, much less in Kabul or Baghdad.”

He added “Today, India is far more powerful than the UK, the nation that once ruled it and yet, after 75 years of independence, has that country produced a single building as beautiful as the Bombay train station that the British colonialists built? No, sadly, it has not. Not one.”
Many share Tucker’s views. But to suggest that India did not have the kind of structure like VT Railway Station of Mumbai only reflects Victorian arrogance. The British ruled in India for such a long period that it was impossible for them to rule without involving local people in their administration.

There is no doubt that they created a vast railway network, so that the expensive timber from the Himalayas could be transported to the Kolkata port comfortably. As they needed an effective and loyal bureaucracy which could interact with them, they promoted English language and brought in some reforms.

No doubt, the British had a better attitude towards casteism and untouchability. Indeed, the upper caste elite would not have allowed the Dalits to come up to their level politically, socially and economically but for the British policy. Also, during the British rule, ndia became the biggest English-speaking country in the world, which helped the Indian community to become a powerful group in diaspora.

Yet, the fact is, the British did not come to India to liberate us but to reap its economic power. India’s foreign Minister S Jaishankar reportedly said that the British loot in India was close to $45 trillion as per today’s estimates. To quote, “India had two centuries of humiliation by the West in its predatory form it came to India in the mid-18th century. An economic study tried to estimate how much British took out of India, it ended up at a number of $45 trillion in today’s value”.

Eminent economist Prof Utsa Patnaik calculated this figure of $45 trillion loot from India. In an interview she said, “Between 1765 and 1938, the drain amounted to £9.2 trillion (equal to $45 trillion), taking India’s export surplus earnings as the measure, and compounding it at a 5% rate of interest. Indians were never credited with their own gold and forex earnings. Instead, the local producers here were ‘paid’ the rupee equivalent out of the budget — something you’d never find in any independent country.”

She added, “The ‘drain’ varied between 26-36% of the central government budget. It would obviously have made an enormous difference if India’s huge international earnings had been retained within the country. India would have been far more developed, with much better health and social welfare indicators. There was virtually no increase in per capita income between 1900 and 1946, even though India registered the second largest export surplus earnings in the world for three decades before 1929”.

It is also a fact that the British never apologized for the Jalianwallah massacre of April 13th, 1919 in which officially 379 people were killed, but the unofficial count is said to be around 1,500 deaths. The hanging of Bhagat Singh and other freedom fighters as well as brutalities inflicted on the people of India remain a dark chapter in the history of the British Raj.

There are many other chapters of brutalities and exploitation of India by the British. India cannot ignore or forget the Bengal famine in 1943 and how Prime Minister Winston Churchill was responsible for 3 million deaths in Bengal. The Monarchy cannot ignore the fact that it did nothing to protect Indians. It never had any regrets. In fact, Churchill blamed Indians for ‘breeding like rabbits’ and denied India 1 million tonnes of wheat requested by the then Viceroy to tackle the Bengal famine.

In fact, the crisis of Asia today is actually the ‘gift’ of the British Raj to its former colonies. Whether it is the border dispute between India, Pakistan and China, or Tibet or Jammu and Kashmir, the role in keeping these issues deliberately on the boil was a British strategy to keep playing the role of a ‘mediator’. Thanks to the British legacy, the mistrust around these issues is so deep that it can bring the world on the brink of disaster any time in future.

Even then, one of the biggest ironies of the British Raj is that most of our political leaders actually got their ‘education’ in the prestigious colleges and universities of England. The fact is, Britain was a superpower not just because of its military might, but because, during the Raj, it progressed in industrialization, literature, liberalism and sports.

The British might have come to us as ‘explorers’ or ‘invaders’, yet they not only documented our best and worst practices but provided us a huge infrastructure, too. As a country Britain might have colonised so many countries and people, but as a society and a governance structure, it built credible and knowledgeable institutions, respected freedom of expression and individual choice. It is a fact that slavery in India was not invented by the British but was already being used by the local chieftains, and the British ‘learned’ the trick and magnified it.

British had a better attitude towards casteism and untouchability. Upper caste elite would not have ever allowed Dalits to come up to their level, What could be a bigger irony than that most of the Indian political and social movement leaders, dissenters and publishers, who were unable to get along well within the country, found space to breathe and enjoyed in the United Kingdom? People from former colonies who now reside in UK enjoy the life and opportunities provided by that country. Not without reason, their anti-colonial feelings have evaporated in the air.

It is also ironical that, except for India, where Jawaharlal Nehru was a hugely popular leader and respected by masses, one who built institutions and was a thorough democrat, in most other nations, where the British and other colonialists ruled, the anti-colonial heroes became despots. Except India, where autonomous institutions were built and flourished, in other countries which got rid of colonialism, autonomous governance structures failed to emerge.

No doubt, the British caused us enormous loss. However, the Dalits and Adivasis of India today legitimately ask the question to the Brahminical elite whether they ever thought of apologising to the communities for the historical wrongs done to them, snatching their right to education, and the right to own land and property.

Today, we are divided more than ever before, and one cannot blame the British when those who rule us create a false sense of nationalism. Caste discrimination and untouchability was not the creation of the British. Even after 70 years, we are unable to remove it, which shows the real face of our political commitment.

A feudal and caste ridden society cannot create a powerful democracy unless we become socially democratic, as Baba Saheb Ambedkar said. Shashi Tharoor’s reparation demand from the British would have sounded ideologically correct if he had also spoken about the dirty caste system and whether the Brahminical elite in India would do the same vis-a-vis the Dalits and other underprivileged sections.

There is no doubt that monarchy is the real face of dynasty, and it is at odds with modern democratic principles. Yet, unfortunately, it is often used in India for the Gandhi family. Can there be a bigger irony that the person and the family which are being blamed as dynasts actually are walking on the streets to win over the hearts of the people, facing the onslaught of the ruling elite, which continues to use the term dynasts for just one family?

One could use the word dynasts for Rajas and Maharajas, who had ruled small principalities across India. What is forgotten is, Rahul Gandhi and other Gandhis are not in power in the real sense since 1989 after Rajiv Gandhi lost his elections. In fact, Rahul Gandhi does not have the same privilege as that Prince Charlesm who became the King without any questions being raised. The Gandhis are out of power for so long, and can return to power only if people want it through a democratic process.

Note: This news piece was originally published in counterview.net and used purely for non-profit/non-commercial purposes exclusively for Human Rights . 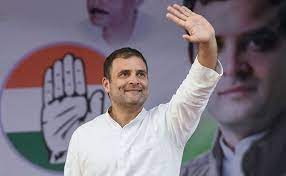 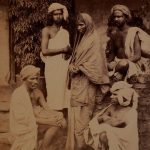