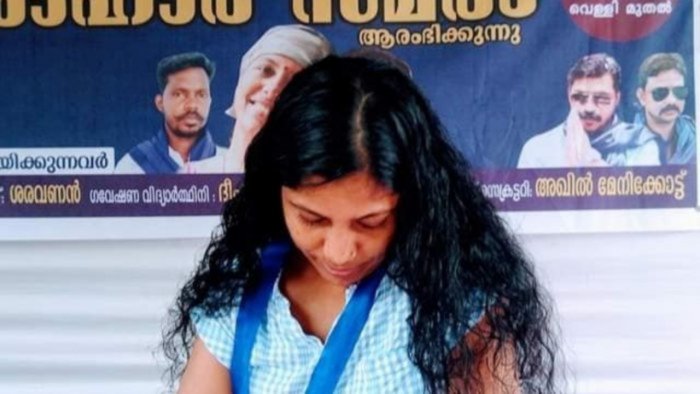 Bullied by academic staff, barred from the university laboratory and even denied a chair, Deepa P Mohanan despaired of ever being able to finish her PhD as a low-caste Indian woman. But then she decided to fight back.

Mohanan, who is researching on nanomedicine, became a poster girl for tens of thousands of fellow Dalit students when she went on hunger strike to protest discrimination and succeeded in winning reform pledges from university authorities.

“I desperately want to finish my PhD and realised that it would not be possible till I publicly called out the campus discrimination I had faced for years,” Mohanan, 36, said in a phone interview from her home in Kottayam in southern India.

Mohanan ended her 11-day hunger strike earlier this month aer the head of the Mahatma Gandhi university’s International and Inter University Centre for Nanoscience and Nanotechnology was dismissed following her complaints.

The university has also set up a committee under the vice chancellor to look into her accusations, which rights campaigners say reflect rampant discrimination against low-caste students on campuses across the nation of 1.3 billion people.

Rowena, who contributes to a YouTube Channel documenting the experiences of Dalits and other marginalised communities, said many Dalit students skip classes to avoid being humiliated or drop out altogether – exacerbating their under-representation. Government higher education data shows enrollment of students from marginalised communities or low castes – known as schedule castes – in 2019-20 was 14.7 per cent of all students aged 18-23, missing the mandated quota of 15 per cent in many subject areas.

‘Everyday struggle’ Mohanan, who is researching on building wound-healing scaffolds using nanoparticles, was the only Dalit student in her batch of 100 when she joined her postgraduate programme. A single mother, she is the first person in her family to go to university and pursue postgraduate research.

“Really, I wasn’t expecting so much discrimination,” said Mohanan, who prior to her hunger strike had made numerous complaints to the university and filed a legal complaint. “It was finally spelt out in a conversation that if a Dalit student is favoured it will affect the discipline of the institution. I felt defeated at first but then resolved to fight,” she said.For many Dalit students, campus life is an everyday struggle, said Anuraji PR, national vice-president of student body Bhim Army, which supported Mohanan’s protest.

Many are failed in internal assessments and supervisors oen refuse to be their guides for postdoctoral studies or question their abilities, said one postgraduate student, requesting anonymity as he was about to sit for exams. Intake quotas for students from under-represented groups, including low-caste Indians, have fuelled discrimination, said C Lakshmanan, a political science professor who is also national convener of the Dalit Intellectual Collective.

“Students coming in through reservation are seen as undeserving by their urban upper-class peers and teachers, who largely come from the same elite space. It is very unfortunate that a hunger strike is needed to fulfill an academic pursuit.”

The University Grants Commission, which oversees higher education in India, wrote to institutions in September urging them to strictly prevent caste discrimination on campus. It asked universities to ensure complaint registers and websites are available to students and said a committee should be set up to look into them.

The Commission’s chairman and secretary were not available for comment. Gaslighting Abeda Salim Tadvi, whose 26-year-old daughter Payal died by suicide in her college hostel room in May 2019, blames caste discrimination and bullying for her death.

A resident doctor at a Mumbai hospital, Payal was doing a master’s in obstetrics and gynaecology, but faced daily abuse – from name-calling and being asked to sleep on the floor by roommates to being from attending important surgeries.

“The grief is still in my heart … I am not able to shake it off,” said Tadvi, recalling numerous conversations with her daughter about how she was being harassed by more senior student doctors. “We tried ignoring it, complaining about it but in the end she could not deal with it. There was no mechanism on campus that reassured or supported her.”

Tadvi, along with Radhika Vemula – whose son Rohith, a PhD scholar at the University of Hyderabad, took his own life in 2016 and alluded to caste discrimination in a suicide note – have filed a petition in India’s top court demanding action.

In their petition in the ingoing case, the two women said all universities and higher education institutions should establish equality units to ensure complaints about caste discrimination are addressed.

At the moment, there are rarely any consequences for college officials if a caste discrimination case is reported on their campus, said the women’s lawyer, Disha Wadekar. “The most common response to complaints is gaslighting, where students are told it’s ‘all in your head’,” she said.

But Tadvi is hopeful that her case will bring some change. “Students and parents should keep complaining because that’s the only way to record the prevalence and highlight our fight,” she said from her home in Jalgaon in Maharashtra state.

Mohanan said she also hoped her fight would help make student life easier for other Dalits. “So many students from across India called me aer I ended my strike saying they felt hopeful,” she said. “For them and for my daughter, I’m glad I spoke up.” 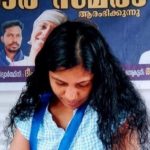