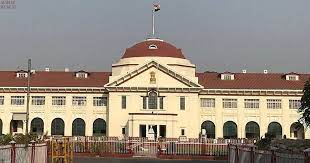 The Patna High Court directed the government of Bihar to ensure that the guidelines issued by the Government of India; and adopted for the state of Bihar in relation to housing the members of transgender community in jails shall be implemented in letter and spirit.

The Division Bench of Chief JusticeSanjay Karol and Justice S. Kumar disposed of a Public Interest Litigation (PIL) filed by LAW Foundation through its Director Praveen Kumar, prayed for the following relief(s):

“I. For the issuance of appropriate writ of Mandamus or any other or appropriate writ(s) or order(s) direction(s) commanding the Respondent Authorities to create separate wards and cells for the Transgender Persons arrested under various offences and languishing in all the Central Prisons, District Prisons and Sub-Jails situated in the state of Bihar.

III. For the issuance of appropriate writ of Mandamus or any other or appropriate writ(s) or order(s) direction(s) commanding the Respondent Authorities to ensure that they do the segregation of transgender inmates separately from male inmates or from female inmates by either confining them in separate cells, isolation wards or hospitals and lock ups in judicial as well as in police custody to ensure that convicted and under-trial transgender prisoners can be protected from the inflict mental and sexual harassment. AND/OR

The Bench noted that, with the passage of time, as is evident through the affidavits filed on behalf of the Principal Secretary, Department of Home Affairs, Patna and the Inspector General of Prisons, Prisons and Reforms Services, Government of Bihar, Patna, certain measures have been taken, which surely have come a long way, in watching/ protecting the interest of members of the transgender community, who are in conflict with the law.

“A separate cell in the Jails is earmarked for lodging the inmates hailing from such community. Also the instructions issued vide communication dated 10th of January, 2022, by the Ministry of Home Affairs, Government of Bihar are being following to a large extent’, observed the Court.

In this view of the matter, the Court is of the considered view that the present petition can be closed with liberty to the petitioner to highlight the surviving grievances through a written communication to respondent No. 2 (The Principal Secretary, Department of Home Affairs).

P.K. Verma, Additional Advocate General-III, stated that, as and when any such communication is received, opportunity of hearing would be afforded to the petitioner, whose locus and bona fides is not in doubt. Also the suggestions made by the petitioner, to the extent feasible, would be considered and implemented. Further the respondent(s) shall deal with the petitioner’s contentions by way of written communications by assigning cogent reason.

The Court ordered it to do needful within a period of three months from the date of receipt of such request and granted liberty to the petitioner to approach the Court, should the need so arise subsequently. 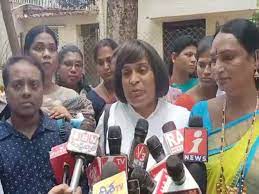 Transgenders don’t get reservations in Maha as they are not vote bank, says activist 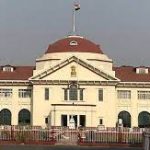