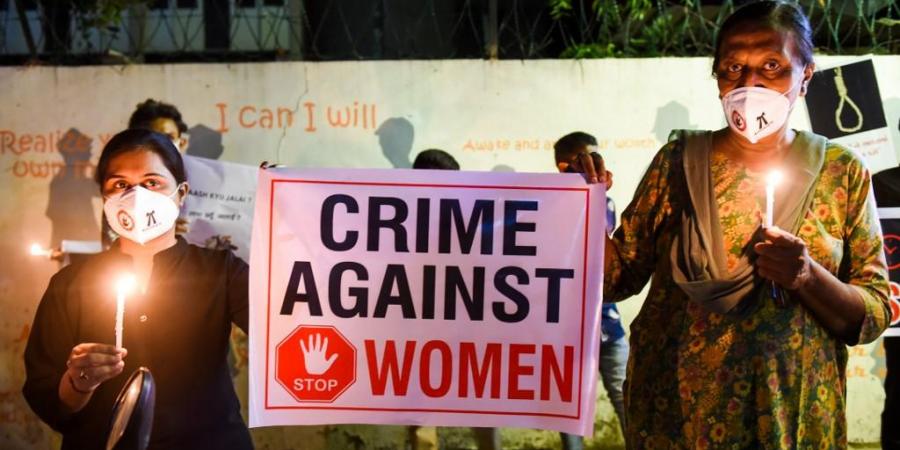 In Part – 2 of a three-part series examining the report of the Parliamentary Standing Committee on crimes against women, we discover how various govt schemes for prevention of crimes against women are falling short in the light of rising crime rates

Atrocities and Crimes Against Women and Children

The report on ‘Atrocities and Crimes Against Women and Children’ was submitted in the Rajya Sabha by the Parliamentary Standing Committee on Home Affairs on March 15. The extensive report covers all themes on crimes against women including data on crimes, prevention of crimes and the criminal justice system for women and for each section provides recommendations that are worthy of paying attention to by not just the Ministry of Home Affairs (MHA) but also all the state governments for better implementation of prevention of crimes and for better handling of such cases.

The Committee was presided over by Congress MP in Rajya Sabha, Anand Sharma comprised nine members of Rajya Sabha and 30 members of the Lok Sabha.

The comprehensive report touches upon various themes which can be divided into Criminal Justice system, prevention of crimes and Data on crimes against women and children. In a three-part series we will be going through the various elements covered in the report and the many recommendations of the Committee. In this second part we look at prevention of crimes which includes the various assistance and women safety schemes, safe city project, women police stations, one stop centres and how or whether these have impacted reporting or prevention of crimes and the Committee’s recommendations for the same.

The state governments of Maharashtra, Tamil Nadu, Rajasthan, Uttar Pradesh, Haryana and West Bengal submitted before the committee the steps taken by them to ensure safety and security of women which included helpline numbers. On examining the data, the committee questioned the Uttar Pradesh government about the reason for abysmally low receipt of complaints (only 42,000 in 2020) received on the popular helpline number 1090 despite having a population of 23 crores. The response was that efforts are being made to create awareness about the helpline. Until June 2020, 3.05 lakh women were assisted through one-stop centres (OSC) and more than 54 lakh women were assisted through women helplines across the country.

The committee observed that the reason for receiving a very low number of calls to the helpline numbers is due to low publicity of the numbers and recommended the promotion of helplines in regional and local languages through mainstream print, electronic and digital media, public transports, advertisements, TV channels, social media etc. The committee said that all efforts should be made to ensure that response time for a distress call is minimal and help reaches in time to the victim.

The information on helplines and the calls received in the past year in 6 states is mentioned below:

One-Stop Centres have been established across the country to strengthen mechanisms for addressing concerns of women affected by violence, facilitate access to an integrated range of services including medical aid, police assistance, legal aid/case management, psychosocial counselling, and temporary support services to women affected by violence. The committee observed that more such centres are required and they should be set up at every sub-divisional level.

The committee further observed that adequate investments and interventions should be made focusing on both prevention of violence and post-incident service provisions to adequately meet the requirements of the survivors that are highly sensitive in nature and emphasised upon the need for post-trauma counselling including proper medical attention, emotional assistance along with financial assistance to the victim for rehabilitation.

The Committee also expressed concerns towards the condition of sex workers and in response, MHA stated that safety of women in crime-prone areas such as those who are living in the red-light area or forced into prostitution is of utmost priority. Ministry of Women and Child Development informed that they do not support legal sanctity to sex work, neither do they endorse monetisation of women’s sexuality or sexual exploitation or abuse of women in any manner. The committee observed that, despite this, sex workers are faced with hardships, very much susceptible and more often the victims of violence. They are made to suffer in oblivion due to the apathy of law, authorities and society at large and are deprived of their fundamental and constitutional rights.

The operational women and children help desks in 6 states:

In response to the Committee’s inquiry on performance of women’s help desks, NGO Action India stated that women help desk at Police Stations is found to be empty most of the time and are often found to be manned by male police officers who are largely insensitive and unsympathetic towards women.

Apart from all-women police stations, it is also important to note the number of women personnel at police stations. The Committee stated that low representation of women in Police forces creates a barrier for women seeking to approach Police Stations. The representation of women in Police forces in the States/UTs has increased from 1.10 lakhs in the year 2014 to 2.15 lakhs in the year 2019. As per data submitted to the Committee, Bihar has the highest percentage of women in its police forces at 25.3% while the UT of Jammu and Kashmir has the lowest percentage at 3.31%. Other states with less than 6% women in their police force include Andhra Pradesh, Meghalaya, Telangana and Tripura. At the outset, 20 states and 3 UTs have less than 10% women in their police forces. Also, not even one state complies with the MHA advisory of 2009 asking states to ensure that 33% of Police forces are women.

The Committee appreciated the role played by NGOs who are supplementing the efforts of the Government towards empowerment of women and in extending the benefits of the policies and schemes to women and children. The Committee took into consideration depositions made by three NGOs: All India Women’s Conference, Jagori, and Action India. The Committee emphasised upon engagement and involvement of the Government with the NGOs as they work at grassroot level and can feel the pulse of the community. The Committee was of the opinion that NGOs and community should be directly involved in all schemes particularly, those aiming at enhancing legal awareness, strengthening reporting mechanisms including helpline numbers, expediting justice delivery systems and designing of schemes and interventions of the Government meant for rescue, rehabilitation, counselling of the victims. This will help in instilling confidence among women and children and improve their overall safety.

In light of the data received by the Committee and the its observations made therefrom, the Committee has made the following recommendations for further augmenting measures to prevent crimes against women and to assist them when such crimes occur:

MHA may advise States/ UTs to install CCTV cameras equitably in urban and rural areas. detailed Standard Operating Procedure (SOP) may be released by MHA regarding the installation of CCTV cameras, storage of recordings, quick and easy retrieval of the stored data to different law enforcing agencies

Ministry of Home Affairs should take up with the Ministry of Women & Child Development to advise States to open at least one One-Stop Centre at every sub-divisional level.

Panchayati Raj Institutions, local NGOs and State Women Commissions should be involved in conducting a periodic safety audit of the One-Stop Centres.

Prepare guidelines for mandatory installation and regular maintenance of CCTV cameras, GPS, panic button and controllers in public transport across the country in a time-bound manner.

MHA should periodically publicize the outcome on the advisories that are being issued to the States/UTs and action taken thereon by them.

NGOs should also be involved in Consultative Committees in the Government, Panels of schools and colleges and other institutions to create awareness and conduct programmes on gender sensitization.

MHA should take up with Ministry of Women and Child Development to arrange for legal aid, rehabilitation, adequate health care facilities, and education with hostel facilities for the children of sex workers and make efforts to bring the sex workers and their children to the mainstream of society.

Inclusive policies should be framed for the transgender community so that they integrate themselves in the social mainstream, live a dignified life and contribute meaningfully to the society and economy. 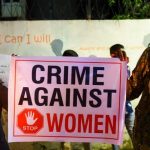