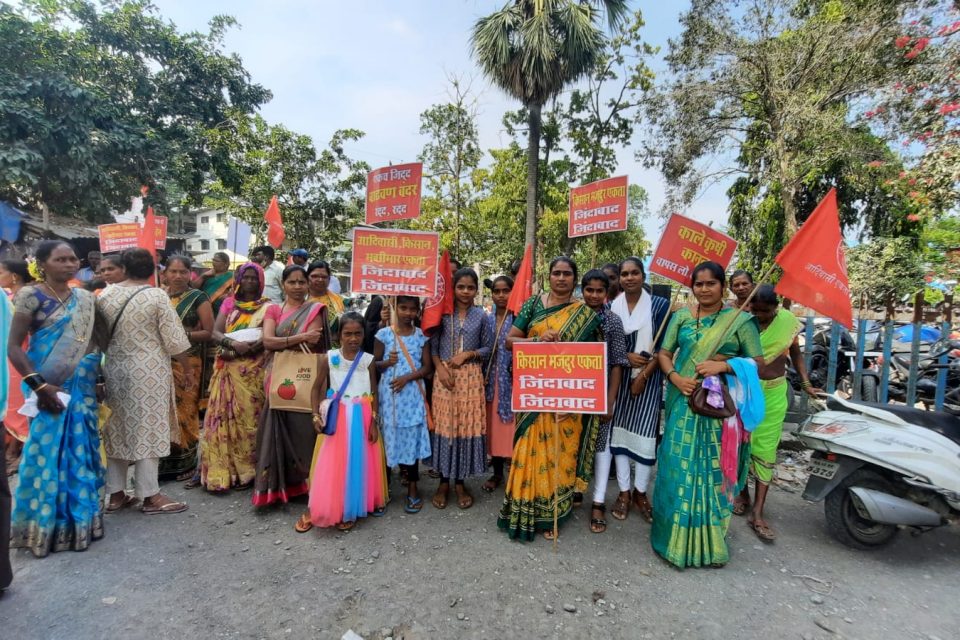 Amidst celebratory calls for the repeal of the three farm laws, Maharashtra’s media missed a mass protest rally by Palghar’s Adivasi and fisherfolk communities on November 19, 2021. Residents carried out huge demonstrations to condemn developmental projects such as the Vadhavan port, Delhi-Mumbai Industrial Corridor (DMIC), Mumbai-Ahmedabad bullet train project and the new airport that will drastically alter the fragile ecosystem of the region.

Around five thousand Adivasis and fisherfolk assembled in Palghar on Friday to oppose various projects in and around the district that will hinder livelihood. According to organising group Bhumi Sena’s working member Shashi Sonawane, people have been protesting these projects since 2017 but authorities continue to ignore their grievances.

“Palghar has many Adivasi groups that live in Scheduled areas. As per the law and the Constitution, we have a right to protect our land. These projects will ruin our surroundings for the benefit of a few. We oppose such harmful projects,” he said.

Concerns regarding the Vadhavan port

District data shows that Palghar has 876 villages in Scheduled areas, including 183 villages in Dahanu tahsil where the Vadhavan port is to be constructed. As per the Scheduled 6 of the Constitution and the Forest Rights Act of 2006, Adivasi communities have the right to oppose and thereby dismiss industrial projects in an area that will threaten their livelihood.

Therefore, villagers there have repeatedly complained about the port and forced rehabilitation, fearing a fate similar to Uran fisherfolk. Sonawane also warned of dire climate-related risks because sea-water will be diverted to nearby areas. These places will in turn be inundated and force villagers to migrate to other areas.

“Not to mention, there will be a great amount of carbon emission. To fill the Vadhavan coast, they will have to destroy mountains. We just had a global COP26 meeting where leaders talked about the need to protect land,” said the Palghar resident.

Dahanu locals mobilised in large numbers in December 2020, to oppose the development project undertaken by the Jawaharlal Nehru Port Trust (JNPT) and the Maharashtra Maritime Board. In June this year, the National Green Tribunal (NGT) also halted the project to consider its environmental effects. However, recently State Machhimar Kriti Samiti President Leo Colaco told SabrangIndia that the JNPT continues to push through with the project.

Opposing the DMIC and similar works

The DMIC project was launched in December 2006, following an MoU signed between the Indian and Japanese government. Considered one of the largest infrastructural project in the world, the expressway will connect Mumbai and New Delhi. However, it will also travel through tribal land in Maharashtra.

“The government is pushing for the corridor but there’s already discussions about the Navghar multi-modal project,” said Sonawane.

Since such projects were already being considered, the Bhumi Sena questioned the need for another elaborate industrial corridor in Scheduled areas where locals are sure to suffer. Members said that the same argument can be made about the bullet train and airport projects when there are already multiple ways for the urban crowd to travel to other metropolitan cities.

“There’s already a Mumbai-Vadodra Express highway. Rather than investing Rs. 1.15 lakh in such trains, the Railways should work on improving existing trains. That will help us as well,” said Sonawane.

Farmer leader Rakesh Tikait joined protesters in the district to condemn the pro-corporate attitude of the governments. 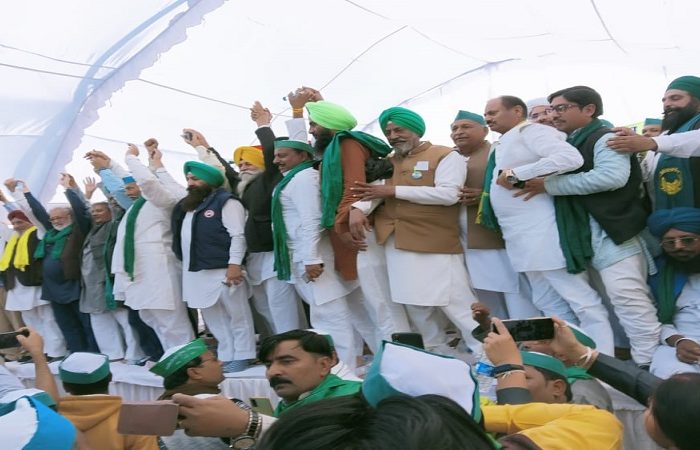 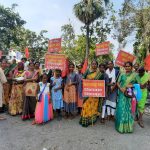