Chandrashekhar Shivappa Dasar and Lalitha Dasar from Miyapur village in Koppal district sold two acres of their ancestral property, vacated their newly-built house and changed rented houses three times — all in one year — to escape being ostracised.

Uncertainty became a fixture in the lives of this Dalit-Badiger couple when their three-year-old child, Vinay, accidentally entered a village temple next to their house in September 2021. The family was verbally abused, shunned by the village and fined Rs 25,000 by the privileged castes. In this village, people from Dalit communities are not allowed into some temples.

The state government facilitated the entry of Dalits into the temple. Five people were arrested for the atrocity. The Dasars were promised a house, two-acre land and livelihood support. A scheme in the boy’s name — the Vinay Samarasya Scheme — was introduced in the state budget. However, none of these helped cast off the shackles of the regressive practice of untouchability.

From milk to vegetables and groceries, Vinay’s parents had to travel to the neighbouring towns or villages for essentials. There was an unwritten rule that the family that sent the “village elders” to jail should not get anything.

Eventually, the family had to leave their village before the accused were released on bail. Now the family lives in Kushtagi town. There are two other Dasar families and more than 50 Madiga families in the village. While 90 per cent of the village population belongs to the privileged Ganiga community, Dalits – including Dasars and Madigas- form 10 per cent of the population. Unfortunately, Chandrashekhar Dasar’s cousin Maruthi Dasar and his wife are also not getting work in the village after the incident. “Forget entering the temple, we are finding it difficult to sustain in the village,” Maruthi says.

Despite the support that the administration had promised, the family has been in a constant state of fear after Vinay entered the temple. While the accused were released on bail in three months, Vinay’s family continues to feel the weight of oppression even a year after the incident.

Their everyday life is still caged by caste realities. “We are afraid to enter the village after facing a social boycott for about two months. At night, stones were hurled at our house despite police protection,” says Lalitha, who was pregnant with her second child when the incident happened.

After spending most of their savings on the house, the couple had returned to the village during the Covid lockdown and wished to live in the village and work in nearby towns. “Now, our dreams have run dry,” says Lalitha.

Though the family has received Rs 5.75 lakh in the form of monetary support, Rs 1 lakh as grant and Rs 4 lakh as loan, they are struggling to find a footing.

Chandrashekhar Dasar says he needs at least Rs 7 lakh more to set up a car-washing service. While Social Welfare Minister Kota Srinivas Poojary had consented when he visited the family a couple of months ago, there has been no progress since.

“We had to face many problems, from getting land on lease for the service unit to finding a house for rent. Finally, the police helped us get a house,” says Dasar.

Things normal now: Police
Kushtagi inspector Ningappa R says things are returning to normal in the village and in Vinay’s life. “Plainclothesmen sent to the village three times confirmed there is no discrimination and those arrested are not active in community events now,” he says. Chidananda, deputy director, Social Welfare Department, Koppal, says the department has been supporting the family. “Apart from the grants, we are also processing the house and land. We have also admitted the child to a school,” he said. 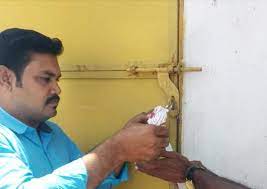 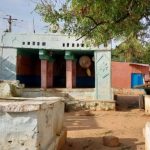