New Delhi, Sep 4 (PTI) The Congress and other opposition parties should clear their stand on the demands of backward and dalit Muslims, particularly their reservation under OBC and SC categories, All India Pasmanda Muslim Mahaz president Ali Anwar Ansari said on Sunday as he noted the community cannot support the BJP or the AIMIM.

Pasmanda Muslims have been voting for non-BJP parties all their lives and “it was time to seek answers from them on the lack of representation, economic distress and atrocities faced by the community,” Ansari said.

The Mahaz and several other organisations of the community on Sunday wrote a letter to all regional parties and the Congress, seeking their stand on the issues and demands of the community, especially reservation under Scheduled Caste (SC) and Other Backward Classes (OBC) categories.

Addressing a press conference, Ansari said parties such as the Congress, RJD, SP, JD(U) and the BSP didn’t give “political representation” to Pasmanda Muslims and failed to make their issues part of their politics.

“Opposition parties have been avoiding the words ‘Pasmanda’ and ‘secularism’ in their discourses. We want the opposition parties to take a stand and put pressure on the government to give SC status to dalit Christians and dalit Muslims,” Ansari said, adding that they are not merely a vote bank for any party and have always been against “communalism”.

Underlining that it is the responsibility of the opposition to stand with the community, Ansari said there can be no one more Pasmanda than Bilkis Bano.

He further said the community is not going to support the BJP and other divisive forces such as AIMIM.

The organisations have contended that non-Ashraf Muslims too face caste discrimination like backward and SC communities among Hindus, and they face the maximum brunt of communal violence.

This report is auto-generated from PTI news service. ThePrint holds no responsibility for its content. 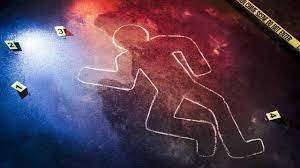 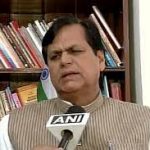