Hyderabad: The police suspect the man, B Nagaraju, was killed by relatives of his wife, a Muslim. Two of her brothers have been named as the accused and the police have formed special teams to arrest them.

Hyderabad: Nagaraju and Syed Ashrin Fathima had married against the wishes of their families.

Hyderabad: A young man lay bleeding by a busy road in Hyderabad, his face smashed to pulp with iron rods, while his wife valiantly fought off his attackers, in a horrific killing in public caught on camera Wednesday evening.

The 25-year-old car salesman was beaten and stabbed to death by his Muslim wife’s brother and relatives, the police say.

B Nagaraju and Syed Ashrin Sulthana, described in reports as “childhood sweethearts”, had married three months ago, defying her family.

Nagaraju and Fathima had married against the wishes of her family.

Around 8.45 pm on Wednesday, the couple had just left home on their bike when two men stopped them, dragged Nagaraju off and attacked him with iron rods and knives. Security footage showed a crowd rapidly collecting at the spot but no one trying to stop the attack. Many had their mobile phones out, recording the crime.

On camera, Nagaraju soon appeared lifeless, his head a bloodied mass, as his wife screamed for help. In one video, Sulthana was seen lunging at one of the attackers, trying to stop another strike at Nagaraju. Witnesses rushed at the attacker then, hitting him and chasing him off. She later identified the attacker as her brother.

It was all over within seconds. Nagaraju died by a road buzzing with traffic and people but nothing could save him.

“They killed my husband in the middle of the street. Five people attacked. My brother and others. There was nobody to help us. I begged everyone. They killed him in front of my eyes,” Sulthana, dazed with grief, told reporters today.

“Why did people come if they couldn’t do anything? They only watched. It happens before their eyes, someone being killed, can’t people see? I fell on him so I could save him. But they pushed me away. They hit him with iron rods and broke his head.”

The attackers fled but they were caught on security cameras and the mobile phone videos recorded by witnesses. The police have formed teams to arrest the killers seen on camera.

Nagaraju and Sulthana had an Arya Samaj wedding on January 31. They had known each other since Class 10 but her family was dead opposed to her marrying outside her faith.

Sulthana said she had tried to stay away from Nagaraju earlier. “I told him if I don’t marry you, I won’t marry anyone else. I told him life or death is with you only. I will die. Before our marriage, I didn’t speak to him for two months, so I could just die,” she shared with reporters, weeping.

Sulthana had changed her name to Pallavi after the wedding. Her family had allegedly threatened Nagaraju and had told him to stay away from her.

“We filed a complaint with the police on the life threats from the girl’s family. Due to police negligence, today I lost my brother. He was the sole bread earner of the family,” Nagaraju’s sister Ramadevi told news agency ANI.

“A person was killed by two persons. The deceased was traveling on a bike with his wife. They got married recently and both belonged to different communities. Brothers of the deceased’s wife today assaulted Nagaraju and then attacked him with a rod and killed him on the spot,” said Sreedhar Reddy, a police officer.

According to news agency PTI, Sulthana told reporters that five people had attacked her husband on the road. She also said she had known Nagaraju for over 11 years.

Note: This news piece was originally published in ndtv.com and used purely for non-profit/non-commercial purposes exclusively for Human Rights 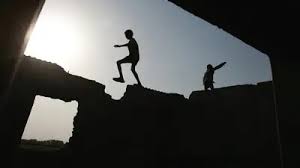 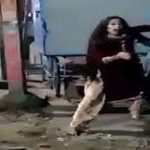