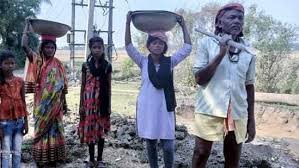 The girl claims that the college has withheld her diploma certificate for non-payment of dues.

A 20-year-old Dalit girl of Odisha has been working as labourer under the national rural employment guarantee scheme (NREGS) to get her engineering diploma certificate from a private engineering college where it has been withheld for over a year as she could not clear her college dues of ₹25,000.

For the last three weeks, Roji Behera of Goradipidha village in the of coastal district of Puri has been shovelling away and carrying mounds of soil on her head as a labourer hoping that she can earn enough money to pay her dues to the private engineering college. Along with her two other sisters, one of whom is pursuing her B Tech, Behera has been hard at work making a road in her village.

“Though I completed my diploma in civil engineering from a private engineering college in Khurda district in 2019, I had pending dues of ₹44,000. My father could raise around ₹20,000 but I could not manage the rest. After sitting idle for over a year and a half, I decided to work as a NREGS labourer for at least 3 months so that I can earn something,” said Behera.

In Odisha, NREGS workers get ₹207 for a day’s work. However, Behera said she and her sister have not been paid any wage since they started working.

Behera refused to identify the private engineering college worried that it may hamper her chances of getting her certificate as well as college leaving certificate for further studies. Officials of the Directorate of Technical Education and Training said she could have met the officials of the State Council for Technical Education and Vocational Training for the certificate. “However, there may be some other pending dues which she has to clear before she gets her certificate,” said an official.

Behara said she wants to clear her dues first. “My father is a landless, poor farmer. The house tin which we are staying is on the land of another person. For me getting admission to a B Tech course is priority. I am willing to slog as a labourer for next few months to get my certificate,” she said.

The young girl said that after being turned away by the chairman of the private college, she did not meet any local officials for help.

Delang block development officer Khirod Pradhan said he would enquire into the issue on Monday and would help her in whatever way possible.

In October last year, a civil engineering graduate of Odisha who had lost his job in a road construction company in Chennai during lockdown had to work as a labourer in NREGS till the district collector intervened to save him. Anant Beria, who did his civil engineering Tech graduate of Bolangir district in Odisha had lost his ₹15,000 a month job in Chennai during lockdown. With his savings wiped out, Beria was forced to come back to his home in Jurlakani village in Deogaon block of Bolangir district and work in NREGS till Bolangir district collector Chanchal Rana saw him and gave him a job as data entry operator in NREGA cell. 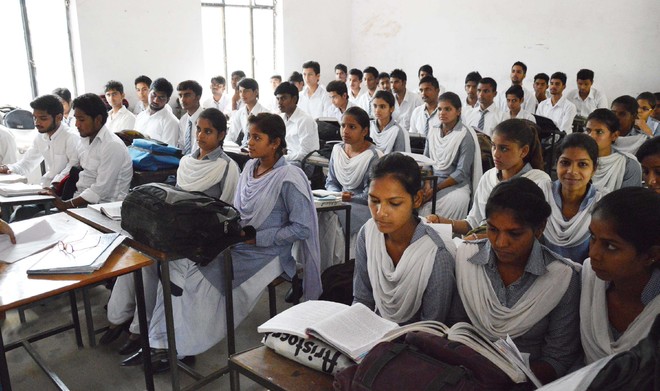 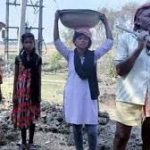