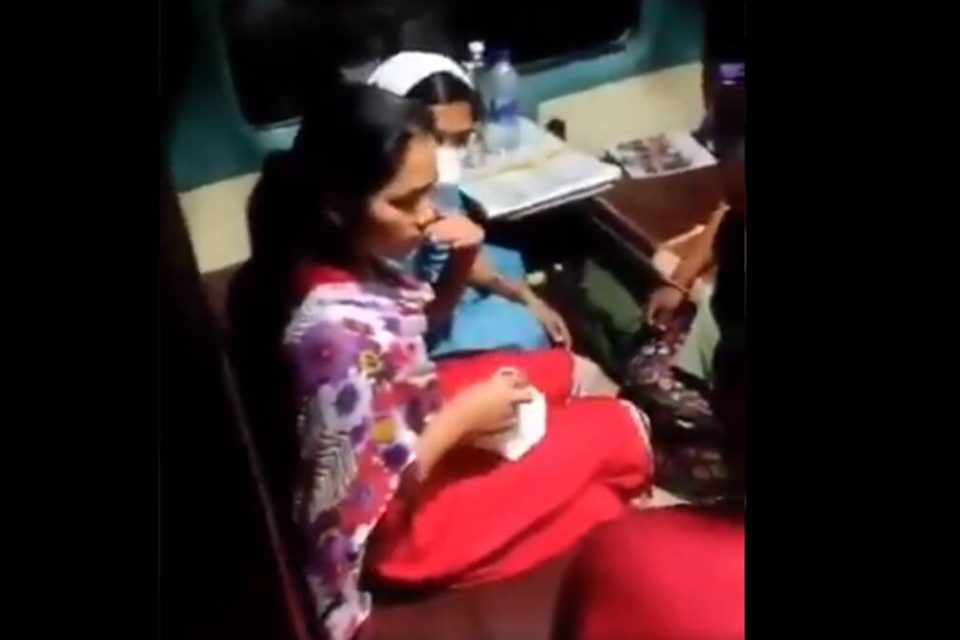 Four ABVP members who had falsely accused the nuns of conducting forced conversions, and harassed them in a train at Jhansi station, are yet to be booked

Weeks after two Catholic nuns, and two young women who want to study to be nuns, were harassed, intimidated at Jhansi in Uttar Pradesh, marched to a police station on false accusations by a big Hindutva mob, the police have arrested two men in connection with the crime. According to a report in the Telegraph, the two men arrested are both members of Akhil Bharatiya Vidyarthi Parishad (ABVP) and Bajrang Dal, groups that fall under the broader Sangh Parivar, and were a part of the massive mob that was seen on a video clip harassing the four women in the train, and at the Jhansi station.

According to the report, the GRP “hurriedly registered a case against Jhansi district VHP general secretary Anchal Adjaria and district Bajrang Dal vice-president Purukesh Amarya and arrested them.” Adjaria and Amarya had rushed to Jhansi Junction after receiving calls from the ABVP youths and allegedly “told the GRP they had confirmed information that the women were involved in conversions,” stated news reports.

The Hindutva mob was said to have consisted of men, reportedly from the Bajrang Dal forced their way into a train and harassed the nuns and the young women passengers travelling together. The senior nuns were in their ‘habit’ or traditional nun’s uniform that identified them as members of a  congregation, the young women, who were soon to join a convent were in regular salwar kameez. The mob harassed the women, accused the nuns of conversion and demanded that the police remove them from the train. The police complied. The nuns were marched to a police station, even as the mob continued heckling them. They were later released when they ‘proved their innocence’ as it were and showed the relevant papers that were sent from their headquarters in Delhi.

However, the March 19 crime was widely reported and became a talking point in poll-bound Kerala. The video clip went viral and the message reached the Bharatiya Janata Party (BJP) loud and clear. At an election rally in Kerala Union Home Minister Amit Shah assured “strong action” soon after Kerala Chief Minister Pinarayi Vijayan wrote to him and raised the issue. He had said, “I want to assure the people of Kerala that the culprits behind this incident will be brought to justice at the earliest”.  Shah had been alerted on the matter BJP’s Kanjirappally Assembly candidate K J Alphonse who had submitted a memorandum addressed to Shah stating, “Such incidents perpetrated by fringe elements and groups create a sense of insecurity in our minority community.” According to a report in the Indian Express, Kerala BJP general secretary George Kurian had written to UP CM Yogi Adityanath on the issue.

In a speech, Wayanad MP Rahul Gandhi, had said the harassment of the nuns was due to “the vicious propaganda run by the Sangh Parivar to pitch one community against another and trample the minorities”.

Meanwhile, Bharatiya Janata Party politician, the Union Railway Minister Piyush Goyal had “dismissed” the allegations that the nuns and the postulants had been attacked in the train journey when it had halted at Jhansi, recently and alleged that Chief Minister Pinarayi Vijayan was “making false statements” on the issue. Goyal told a press conference in Kochi, Kerala that “There was no attack on any nun whatsoever…the Chief Minister of the state (Kerala) is completely lying and making false statements when he says that.” Goyal told the media that the local police acted after receiving a complaint against the nuns, “There was an allegation. Some people made a complaint (against the nuns). It is the duty of the police to find out whether the complaint is correct or wrong. Police made enquiries. Checked all their documents, made enquiries (to ensure) that they are genuine passengers going for the correct purpose and then immediately let them go.” He had also dismissed the allegations that the accused were student activists associated with the Sangh Parivar, saying, “That is absolutely wrong.”

Now, according to news reports only two persons have been arrested so far and the main accused — four ABVP members have not even been booked yet. The Telegraph reported that the Government Railway Police (GRP) force “eventually acted on Thursday night after a prod from Shah’s ministry to the state government.”

It was reported that the GRP had forced the four women off the Utkal Express and detained them for four hours at Jhansi Junction on March 19 on the false complaint from the four ABVP members, who were travelling on the same coach as the women. However the GRP are yet to explain why the four ABVP members who had allegedly bullied the women on the train, levelled the false allegation of conversions, and got the GRP to detain the quartet have not been arrested yet.

According to Telegraph, senior officials on conditions of anonymity have admitted that the ABVP youths should “be booked for promoting hatred between religious groups — punishable by up to three years in jail” and added that the GRP officers who had acted “in haste” on their false complaint should face departmental action. 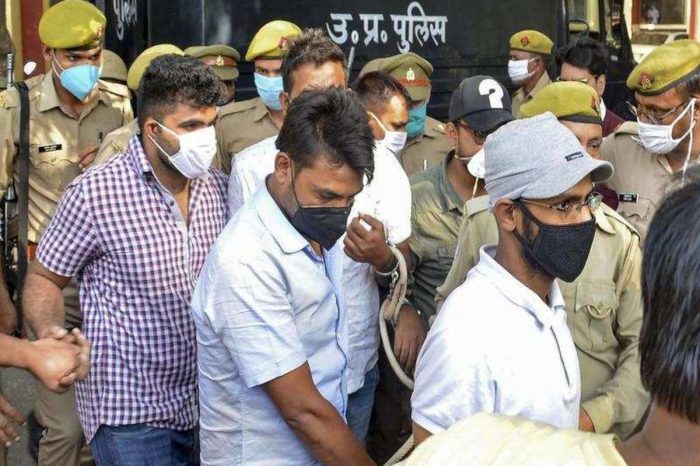 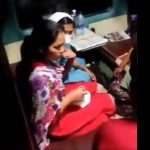