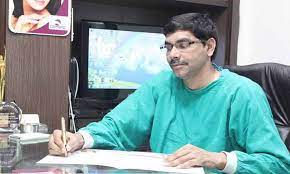 It is every woman’s dream to become a mother. Transgender women are also included in this. But there was a lack in her desire to become a mother, so she was pregnant, so Dr. Narendra Jain of New Delhi is now going to do the world’s first transplant. After which transgender will also be able to get pregnant.

It is every woman’s dream to become a mother. Whether she is a woman by birth or a transgender woman. Those men who become women on their own will keep the same feelings as women. Medical science fulfills the desire of physical appearance. But even then, if there was a shortage, then there was a lack of womb. Which is going to go away soon.

An Indian doctor understood the desire of transgender women and is now preparing to fulfill it. Dr Narendra Kaushik of New Delhi is the world’s first to perform the first abortion procedure. After which transgender women will also be able to get pregnant now. She too will now be able to become a biological mother by raising her own child in her womb.

Men will be able to become perfect women, they will give birth to children

For those who aspire to become a mother even after taking birth as a man, Dr. Narendra Kaushik of New Delhi is proving to be God. Dr. Jain has brought such a ray of hope for transgender women, after which their every wish will be fulfilled. She will not remain incomplete as a woman. Not only the feelings, thoughts, and physical changes, but the dream of becoming a mother will also be fulfilled. Even after getting everything till now, transgender women were deprived of the pleasure of becoming a mother. Which is now going to be completed through the implantation. After which the child can be born through IVF. The way kidney, heart and other transplants are done. In the same way, the process of implantation will also be possible. Donor if needed.

For donor, after the death of a woman or women who want to become transgender men, their womb can be transplanted into the body of a transgender woman. Although Professor Simon Fischel says that womb transplantation has already been done from one woman to another in Denmark, but it will be the first for a transgender woman. Also, according to Dr. Kaushik, it is a hope that it cannot be claimed to be 100 percent successful, but he is fully hopeful about this charisma. There has been only one famous case of a trans woman having a uterus transplant. But after many difficulties, he died within a few months. According to the doctor, the process of transplant cannot connect the woman’s womb directly to the fallopian tubes, so it is not possible to get pregnant naturally through the operation. For this, you will have to resort to IVF.

Note: This news piece was originally published in news18.comm and used purely for non-profit/non-commercial purposes exclusively for Human Rights 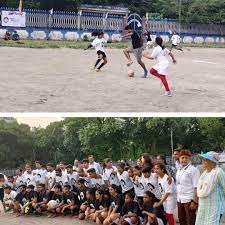 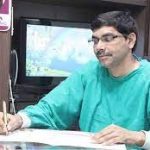