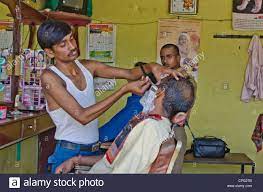 Bengaluru: Days after two Dalit men attempted suicide after they were denied haircut by upper caste men, police in Koppal district are yet to make any arrests in the case

Bengaluru: Days after two Dalit men attempted suicide after they were denied haircut by upper caste men, police in Koppal district are yet to make any arrests in the case. Humiliated and assaulted for asking for a haircut, the two Dalit siblings had consumed pesticides on Monday. Both men are out of danger now, said police.

Superintendent of police, Koppal, T Shreedhar said that the incident took place on June 6 in Hosalli village located 4 km away from Yelburga taluk in the district. The brothers — Hanamantha, 27, and Basavaraj, 22 – had approached two barbers for a haircut in the village.

“When they approached the two men, they refused to give them a haircut. When the two men insisted, the villagers, who are from the upper caste gathered around. They began abusing and assaulting the duo. We have registered a case,” Shreedhar said.

The SP said at least 16 persons, including two hairdressers — Mallappa Hadapad and Kalakappa Hadapad–, have been booked under the SC and ST (Prevention of Atrocities) Act, 1989 and the Indian Penal Code.

However, when asked about the arrests, the officer said police are yet to make any arrests. “There was a video of the incident that has been doing rounds. We have identified three men who were seen assaulting the two men. They are absconding. For those seen abusing the men in the video, we have secured some villagers and we are questioning them,” he said.

Sanna Hanumantha, a Dalit activist in the district said that the brothers were humiliated by the villagers twice. “Two days before the attack, they had approached the barbers for a haircut, but they were turned back. The two barbers told the brothers that they will not cut their hair as they belong to a lower caste. The villagers also warned the duo against entering the ‘upper-caste area,” said Hanumantha.

According to him, the men from the Dalit community used to travel to the town 4 km away for a haircut. “Since there was a lockdown in effect, they were not able to do so. Hence, they requested the barber saying the same, but they didn’t budge. The duo felt humiliated after they were abused the second time and consumed pesticide,” he added.

Activists in the district said that this was one of the many instances of caste discrimination in Koppal. “If I have to get a haircut, I will have to go to the town because in the village the upper caste won’t let us cut our hair in the barbershop. Similarly, we are not allowed inside the restaurants. You will find this in every village in Koppal,” said Nilakanda, a Dalit activist.

Nilakanda, who holds a graduation degree in computer science says that for job opportunities to drinking water, the Dalits have to struggle in this rural part of the state. “We have problems in even getting borewells dug or getting water connection,” he said.

Even the state’s track record in investigating atrocities against SC/ST has been poor. According to the National Crime Records Bureau (NCRB), the conviction rate in cases registered under the SC and ST (Prevention of Atrocities) Act is just 3.9%. In 2019, including the cases from previous years, only 26 convictions were reported in the state, while the number of acquittals stood at 1,513.

An ADGP rank officer who didn’t want to be named claimed that that out of court settlements and false cases are one of the reasons for the low conviction rate, however, activists in Koppal say police are biased in the investigation. “It has been three days since the two boys had consumed poison, but the police have not made a single arrest. They say they are still questioning people, but they will not arrest anyone in the case,” said one of the activists. 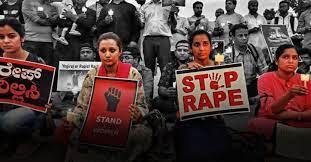 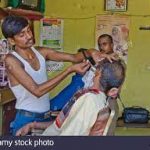