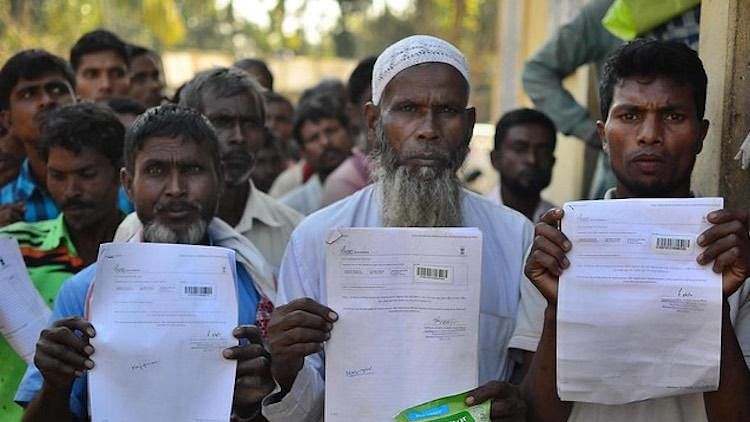 In Assam, old ethnic tensions over identity politics are set for a revival under a new format. Jana Gosthiya Samannay Parishad Asom (JGSPA). This new organisation is conducting what it calls a digital census for native Assamese-speaking Muslims only. The objective is to identify native Assamese speaking Muslims from the ‘Miyas’ — that is Bengali-speaking Muslims settled in Assam since 1920s and thereafter.

While Muslims are known to account for around 35% of the aggregate population of Assam currently estimated at around 31.2 million, it is not easy to pinpoint the specific number of native Muslims and by the same token, the Miyan population. During the regular decadal Census operations, members of both groups declare themselves as Assamiya and their native language as Assamese. Especially in parts of rural Assam, despite occasional tensions, Muslims of both groups live side by side.

On existing statistical evidence, the Muslim population in Assam should be just over 10 million. Long time Assam residents aver that the percentage of Assamese-speaking Muslims should be around 15-20 per cent. The Miyan Muslim population is much larger in terms of their numbers. Thanks to their declaration of Assamese as their mother tongue, Census officials have no choice but to register such people as Assamiyas, as distinct from the Bodos, the Karbis, the Lalungs, Bengalis, Koch Rajbongshis, Sonaris, Boro Kacharis etc.

Currently, there is much speculation and media analysis in Assam as to the main objective and sponsorship of such a parallel census proposed to be conducted among Muslims only, but without any apparent concern for greater communal unity. Divisions within the diverse Assamese community on the basis of religious and linguistic identities of different ethnic groups have often assumed dangerous proportions with disastrous consequences over the past decades. The present move could extend the divisive process a step further, according to some observers of Northeast political trends.

Sponsors of the new survey say that on the contrary their other objective is to enumerate the exact number of native Muslims identified as Goriyas, Moriyas and other similar groups. This seems to suggest that a greater consolidation within the native Assamiya Muslims community is being actively sought for. It would be a small political step from such a beginning for native Assamiya Muslims to assert their own distinct identity on their own terms with any ruling dispensation in the years ahead. It should enable them to function as a special pressure group that cannot be bypassed in a multi-ethnic state like Assam.

While the Bharatiya Janaya Party (BJP) has just won a second term in power with a reduced majority in Assam only weeks ago, there is a common belief that the present move to draw a clear line between native Assamese Muslims and the Miyans enjoys the tacit support of national policymakers based in Delhi. As one analyst explains, going into the 2021 Assembly polls, state BJP leaders were anxious about the alliance between the Congress and the broadly Miyan-Muslim backed All India United Democratic Front (AIUDF) led by MP Badruddin Ajmal.

This had cost the BJP a few seats in the 126 strong legislature. But for the poor show put up by parties dominated by former Assamese student and youth leaders, which acted as a spoiler for the Congress-AIUDF alliance because of vote cutting, the BJP would have won even fewer seats.

Given this scenario, he added, nothing would suit the BJP’s interests better than to ensure a further division, this time within the Muslim community, if possible. Unlike relations prevailing between Assamese and Bengali Hindus, among whom despite occasional differences and tensions, marriages and social ties have grown over the years, there has occurred no comparable social blending among the native Assamese Muslims and the Miyans in recent times. The native Muslims tend to look down upon socially on settlers who came over from East Pakistan at different times. These factors explain why during the BJP’s second tenure in power such an enumeration of people had been undertaken.

There is also a contrary view to this, put forward by BJP leaders. As things stand, there would be little significance in such an unofficial head counting. The decadal census operations provide the only legally acceptable basis for computing population stats. A parallel so-called online census, no matter who conducts it would have little meaning or social acceptance, they said.

By all existing laws, Muslim immigrants of East Pakistani origin have little to fear. The recent National Register of Citizens (NRC) upgradation exercise in Assam revealed a remarkably low number of Muslims without proper citizenship documents, relative to the aggregate state population.

As for deporting the lot to Bangladesh the question does not arise. Bangladesh will accept people pushed back by India only if New Delhi offers irrefutable evidence that the persons concerned are genuinely illegal migrants from Bangladesh, a country that was born in 1971. Dhaka will not take any responsibility for whatever had happened between India and East Pakistan between 1947 and 1971.

There is little that state or central governments can do to displace/resettle elsewhere such a large number of Bengali-speaking Muslims in any case. The recently conducted NRC operations, specifically carried out with the sole objective of ferreting out illegal Bangladeshis in Assam comprehensively failed in this regard. Despite an official expenditure of over Rs 1400 crore, out of a population of 3.12 crore people, only 1.9 million people could not produce proper citizenship documents. Hundreds of such people have already gone on appeal against the NRC’s findings.

As for the Hindus, the recent Citizenship Amendment Act (CAA) will ensure citizenship and allied rights for the majority among them. In any case a harassed Hindu Bengali, unless he is an illegal entrant who has crossed over into India recently, can always shift to other states besides Assam, in case he has relatives settled elsewhere in India. The point is he has more options that the average Bengali Muslim who has settled recently in Assam, post CAA. 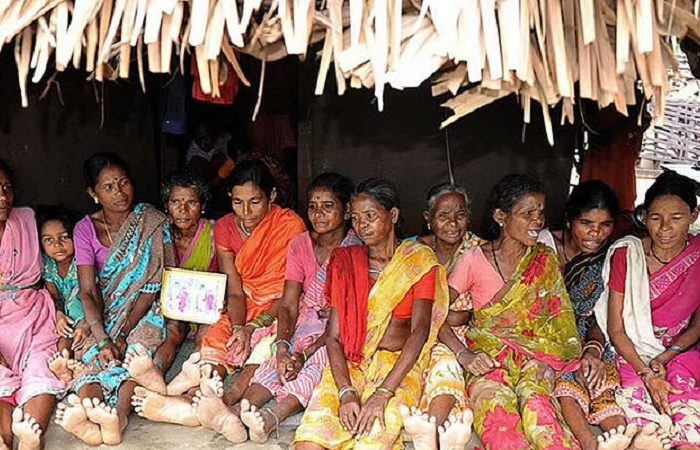 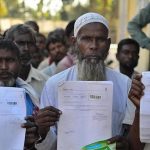