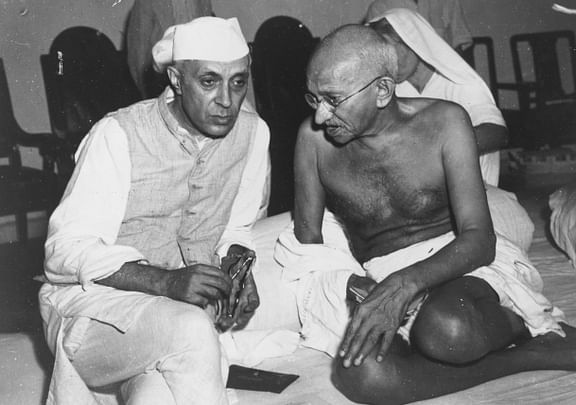 To mark the 152nd birth anniversary of Bapu, we bring to you this week a passage from Nehru’s ‘Discovery of India’ in which he analyses with great insight the impact that Gandhiji had on the Congress

Gandhi entered the Congress organisation and immediately brought about a complete change in its constitution. He made it democratic and a mass organization. Democratic it had been previously also but it had so far been limited in franchise and restricted to the upper classes. Now the peasants rolled in and, in its new garb, it began to assume the look of a vast agrarian organization with a strong sprinkling of the middle classes.

“Action was to be the basis and objective of this organization, action based on peaceful methods. Thus far the alternatives had been just talking and passing resolutions, or terroristic activity. Both of these were set aside and terrorism was especially condemned as opposed to the basic policy of the Congress.

“A new technique of action was evolved which, though perfectly peaceful, yet implied non-submission to what was considered wrong and, as a consequence, a willing acceptance of the pain and suffering involved in this. Gandhi was an odd kind of pacifist, for he was an activist full of dynamic energy. There was no submission in him to fate or anything that he considered evil; he was full of resistance, though this was peaceful and courteous.

“The call of action was two-fold. There was, of course, the action involved in challenging and resisting foreign rule; there was also the action which led us to fight our own social evils. Apart from the fundamental objective of the Congress — freedom of India — and the method of peaceful action, the principal planks of the Congress were national unity, which involved the solution of the minority problems, raising of the depressed classes and the ending of the curse of untouchability.

“Realising that the main props of British rule were fear, prestige, the co-operation, willing or unwilling, of the people, and certain classes whose vested interests were centred in British rule, Gandhi attacked these foundations.

“Titles were to be given up and though the title- holders responded to this only in small measure, the popular respect for these British-given titles disappeared and they became symbols of degradation.

“New standards and values were set up and the pomp and splendour of the viceregal court and the princes, which used to impress so much, suddenly appeared supremely ridiculous and vulgar and rather shameful, surrounded as they were by the poverty and misery of the people. Rich men were not so anxious to flaunt their riches; outwardly at least many of them adopted simpler ways, and in their dress, became almost indistinguishable from humbler folk….

“It is said, and I think with truth, that the Indian habit of mind is essentially one of quietism. Perhaps old races develop that attitude to life; a long tradition of philosophy also leads to it and yet Gandhi, a typical product of India, represents the very antithesis of quietism. He has been a demon of energy and action, a hustler, and a man who not only drives himself but drives others. He has done more than anyone I know to fight and change the quietism of the Indian people.

“He sent us to the villages, and the countryside hummed with the activity of innumerable messengers of the new gospel of action. The peasant was shaken up and he began to emerge from his quiescent shell. The effect on us was different but equally far-reaching, for we saw, for the first time as it were, the villager in the intimacy of his mud-hut, and with the stark shadow of hunger always pursuing him.

“We learnt our Indian economics more from these visits than from books and learned discourses. The emotional experience we had already undergone was emphasized and confirmed and henceforward there could be no going back for us to our old life or our old standards, howsoever much our views might change subsequently.

“In two respects the background of his thought had a vague but considerable influence; the fundamental test of everything was how far it benefited the masses, and the means were always important and could not be ignored even though the end in view was right, for the means governed the end and varied it.

“Every reform that he suggests, every advice that he gives to others, he straightway applies to himself. He is always beginning with himself and his words and actions fit into each other like a glove on the hand. And so, whatever happens, he never loses his integrity and there is always an organic completeness about his life and work. Even in his apparent failures he has seemed to grow in stature.

“What was his idea of India which he was setting out to mould according to his own wishes and ideals? ‘I shall work for an India in which the poorest shall feel that it is their country, in whose making they have an effective voice, an India in which there shall be no high class and low class of people, an India in which all communities shall live in perfect harmony… There can be no room in such an India for the curse of untouchability or the curse of intoxicating drinks and drugs…Women will enjoy the same rights as men…This is the India of my dreams.’”

“Proud of his Hindu inheritance as he was, he tried to give to Hinduism a kind of universal attire and included all religions within the fold of truth. He refused to narrow his cultural inheritance. ‘Indian culture’ he wrote, ‘is neither Hindu, Islamic, nor any other, wholly. It is a fusion of all’.

“He said: ‘I want the culture of all lands to be blown about my house as freely as possible. But I refuse to be blown off my feet by any. I refuse to live in other peoples’ houses as an interloper, a beggar, or a slave’…”

(Selected and edited by Mridula Mukherjee, former Professor of History at JNU and former Director of Nehru Memorial Museum and Library)

Note: This news piece was originally published in nationalherald.com and use purely for non-profit/non-commercial purposes exclusively for Human Rights objectives. 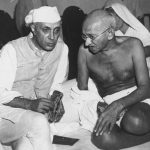