Nearly 2 weeks after killing of Dalit girl in Bihar, only 2 accused arrested out of 10; family seek speedy trial under SC/ST Act

BIHAR — Justice still alludes the family of 20-year-old Dalit girl Kiran Kumari, who was kidnapped and found dead in a canal on December 26, 2021. Kiran was a resident of Shahpur Chowk in Jandaha block under Tisiauta police station of Vaishali district in Bihar and her dead body was found just half kilometre away from her house.

Police have arrested only two of the four named and six unnamed accused. The family’s demand of arresting all the accused, a speedy trial and compensation under the Scheduled Castes and Tribes (Prevention of Atrocities) Act are still not met. The family members are demanding a death sentence for the accused after a speedy trial.

Kiran was picked up from the field where she had gone to relieve herself on December 20 by four upper-caste men. When her family members reached the house of one of the accused after the cries for rescue by Kiran, they were told that the girl would be returned after two days—but she never returned. Six days later her body was found floating in a canal.

6 DAYS AFTER BEING KIDNAPPED BY ‘UPPER-CASTE MEN’ IN VILLAGE IN BIHAR, 20-YEAR-OLD DALIT GIRL FOUND DEAD 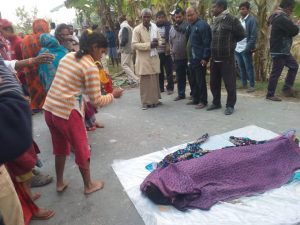 6 DAYS AFTER BEING KIDNAPPED BY ‘UPPER-CASTE MEN’ IN VILLAGE IN BIHAR, 20-YEAR-OLD DALIT GIRL FOUND DEAD

Dr Prema Devi of the Communist Party of India (Marxist–Leninist) CPI-ML questioned how a girl can be picked in such a way and the kidnappers dared to say that she would be returned after two days? “Do we treat human beings in such a way?” she asked.

There has been continued agitation by CPI-ML and different Ambedkarite organisations seeking justice for Kiran’s family. These organisations are also contesting the post mortem report which is inconclusive on the charge of gang rape of the victim Kiran Kumari.

Shree Maneesh, S.P. of Vaishali, while talking to TwoCircles.net on Wednesday confirmed that only two accused were arrested and “the rest were still absconding.” SP Maneesh said that the remaining accused will be arrested soon as the legal process to get a warrant against them was delayed due to a court holiday.

A state team of CPI-ML led by MLA Satyadev Ram had met the victim’s family on January 3 and collected information about the incidence and police action.

A member of the team and state head of All India Kisan Mahasabha Visheswar Prasad Yadav told TwoCircles.net that it was collective pressure of his organisation and others that forced the police to add SC/ST act.

Yadav alleged that the police tried to not include the SC/ST act to conceal the atrocities against the Dalit community which is ‘rampant in the state’.

While the leaders of Chief Minister Nitish Kumar’s Janata Dal-United and opposition Rashtriya Janata Dal have visited the victim’s house but the family said that local M.P. Nityanand Rai of Nitish’s ally BJP haven’t met them yet.

“Since we are poor and Dalit, the administration is slow in their action,” the family members alleged.

Since her daughter’s death, Kiran’s mother Akali Devi has fallen sick and doesn’t speak much.

CPI-ML’s Vishewsar maintains that there are many eyewitnesses when Kiran’s body was recovered. “They would confirm the condition of the body that she was gang-raped but the police want to conceal this fact too,” he said.

He alleges that the post mortem report has been manipulated and urged the police to make the video recording of the post-mortem public.

“The police are not giving the post-mortem report saying the report would be given through a proper process,” he said.

Kiran’s family questioned the delay and said they were told to wait for a few days for the post-mortem.

One police official told TwoCircles.net that while the medical board had not indicated any sign of rape but “the viscera is preserved and we are waiting for the report of the forensic science laboratory, which is expected to be received in a week.”

“Only then an allegation of rape can be confirmed,” the police official said.

Visheshwar alleged that “there are a group of upper-caste men who get away with the sexual assault cases of the Dalit women in the area but as this time the victim is dead, the police had lodged an FIR.”

He demanded a speedy trial in the matter and punishment of the culprit in two weeks to set an example.

One police official told TwoCircles.net that once all the accused are arrested, a recommendation can be made for a speedy trial by the administration.

MLA Satyadev Ram said that the incidence of picking up a Dalit girl shows that once again the feudal forces are raising their atrocious head.

He alleged that “gang rape has been concealed in the post mortem report due to pressure from the administration. “

After the amendment in the SC/ST Act, the family is entitled to get Rs. 8.5 lakh rupees in case of murder but Kiran’s family has been given just Rs. 20,000 under Kabir Cremation Scheme.

An official told TwoCircles.net that a recommendation is being sent for compensation under the SC/ST act.

For the family of the slain girl, the wait for justice is not going to be an easy one.

Sami Ahmad is a journalist based in Patna, Bihar. He tweets at @samipkb.

Note: This news piece was originally published in twocircles.net and used purely for non-profit/non-commercial purposes exclusively for Human Rights objectives. 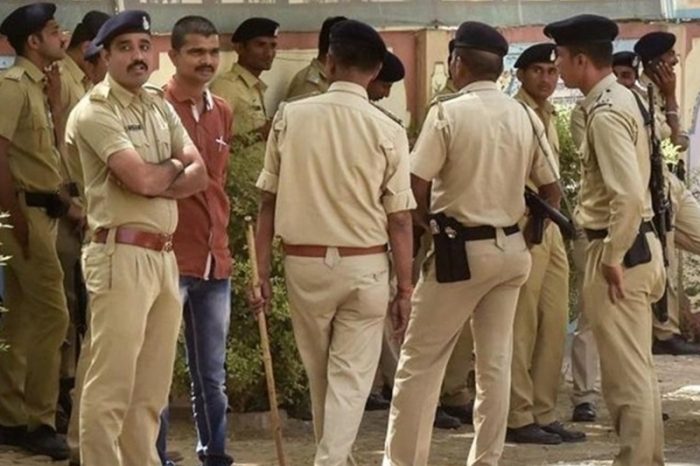 Police removed posters not allowing Dalits to enter the temple in Junagadh, Gujarat 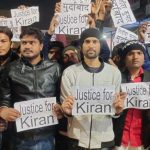 Nearly 2 weeks after killing of Dalit girl in Bihar, only 2 accused arrested out of 10; family seek speedy trial under SC/ST Act