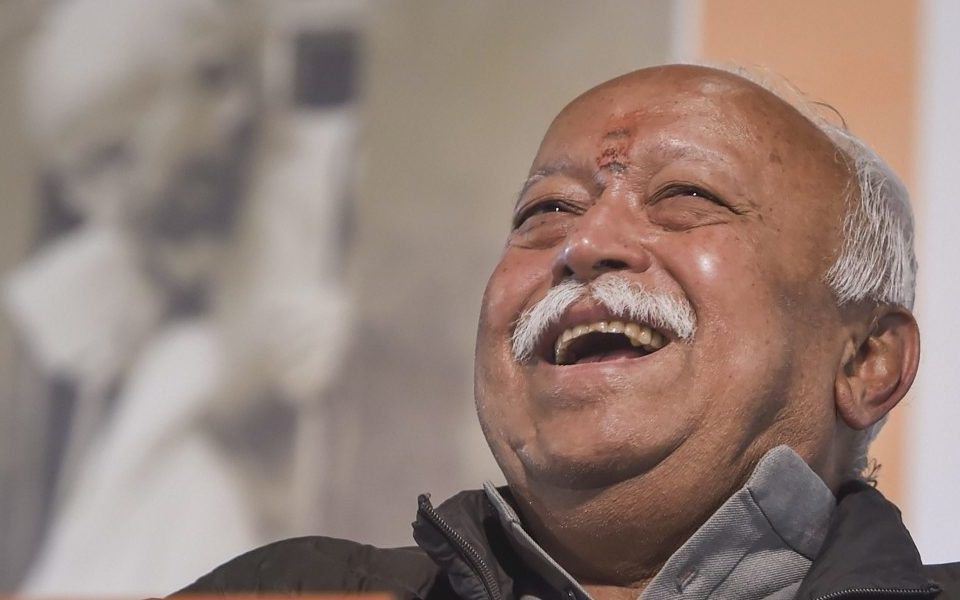 A show-cause notice will be issued to those not present, the National Council for Promotion of Urdu Language has said.

New Delhi: The National Council for Promotion of Urdu Language (NCPUL), which is releasing an Urdu version of Rashtriya Swayamsevak Sangh (RSS) chief Mohan Bhagwat’s book Mustaqbil Ka Bharat, has made it mandatory for its staff to attend the book launch. According to an official circular signed by the assistant director (administration), Kamal Singh, a “show cause notice will be issued to those who are found absent from the function”.

“In continuation of office order dated 31.03.2021 regarding participation in the book release function to be held on 05th April, 2021 at 04.30 in the multipurpose hall at India International Centre, Lodhi Road, New Delhi, Director desires that all officers/staff (regular/contract) will compulsorily attend the function on scheduled date and time except those on approved leave or on other acceptable reason,” read the circular.

Published by the NCPUL, an autonomous body under the Ministry of Education, Department of Secondary and Higher Education, Government of India, the book is a compilation of Bhagwat’s lectures, which were delivered in September 2018 under a series titled ‘Bhavishya Ka Bharat (India of the Future)’. Translated by Shaikh Aquil Ahmad, director of the NCPUL, the book is scheduled to be released on Monday evening at the India International Centre in Delhi. As per the invitation circulated by the Council, while the book will be released by joint general secretary (sah sarkaryawahak) of the RSS Dr Krishna Gopal and Union education minister Ramesh Pokhriyal will be the chief guest.

Confirming that the circular has been issued, the director of the NCPUL claimed that there is nothing new or unusual about it. “Whenever we organise any programme either in-house or outside, such a circular is issued to ensure participation,” Ahmad told The Wire. “Since this programme starts at 5 pm and by that time office hours are over, we have instructed everyone that attendance is necessary.”

When asked about the clause of issuing a show cause notice in case of absence, the director said, “it is just a process to enquire why you were absent. It does not mean that we are suspending someone.” He also maintained that such a circular is necessitated because staff are required to manage the event. However, some of the staff members The Wire spoke to said that this is the first time that a clause about the ‘show cause notice’ has been added to the general circular, which is worrying.

Justifying the circular, Ahmad said, “To run an institution, sometimes you have to take these kinds of steps. However, if someone really has a valid reason not to participate, he or she may do so after taking prior permission.” He claimed that the institute has excused many of its staff members from the event because they had valid reasons. “We are not forcing anyone to participate, but to make it a success we need staff to be there to manage it,” he maintained.

Meanwhile, a section of Urdu writers and scholars have condemned the NCPUL ’s decision of publishing and promoting Bhagwat’s book. According to Professor Ali Jawed, former director of the NCPUL and president of the Progressive Writers’ Association (PWA), “This is yet another attempt to subvert an institution of national importance.” Claiming that it was unimaginable during his period or before, he said, “It is shameful that the platform of the NCPUL is being used to promote the ideology of a divisive force like the RSS. Unfortunately, not many from the Urdu community are speaking against it as many of them receive financial aid from the council.”

Poster for the event.

Noted Urdu poet and former vice-chairman of Delhi Urdu Academy, Majid Deobandi, has termed the council’s decision a gross misuse of the NCPUL’s funds. “A book which carries the ideology of an organisation is being promoted in blatant violation of rules and ethics,” Urdu poet and former vice chairman of Delhi Urdu Academy, Majid Deobandi told the Times of India.

In his defence, the NCPUL director has said, “There is nothing wrong in publishing and promoting book like this as the council has been translating and publishing books across ideologies and religions” He cited the publication of the Bhagwad Gita, works of Sur Das and books on philosophy of Hinduism and Patanjali. “Soon, we are going to publish translations of Guru Nanak’s work in Urdu,” he added.

Explaining the rationale behind Bhagwat’s book in translation, Ahmad said, “Since Bhagwat ji is a person of national importance and RSS is an organisation which is doing work of great value and influence, it is important for Urdu readers to know about them.” He further said, “We are also doing this because there are many unfounded misconceptions about RSS and its works amongst Urdu readers, especially Muslims.”

When pointed out that it should not be the duty of the NCPUL to counter such misconceptions, he said, “No, as an institute of national importance it is also our duty to inform and educate Urdu readers about different ideologies and schools of thoughts.” Ahmad has been an old follower of RSS. “I have been associated with the RSS since 1991. In fact, I also contested an election as an ABVP candidate and won during my student days,” Ahmad told The Wire.

He is very close to RSS leader Indresh Kumar and is associated with at least two organisations led by him. As per the profile available on the official website of the NCPUL, he is national convener of the Hindustani Muslim Intellectual Forum and national co-convener (Intellectual Cell) of the Muslim Rashtriya Manch. Notably, Kumar was the guest of honour at the inaugural function of the 6th World Urdu Conference organised by the Council in March 2019.

An associate professor of Urdu in Delhi University, Ahmad was appointed as director of the council in September 2018. 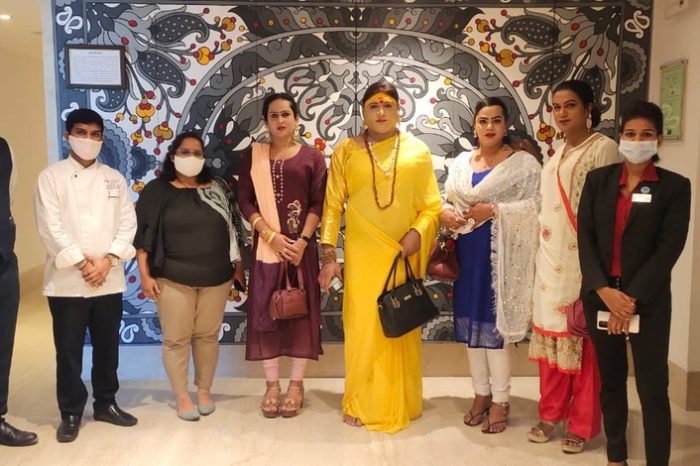 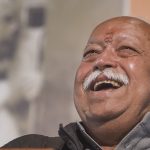