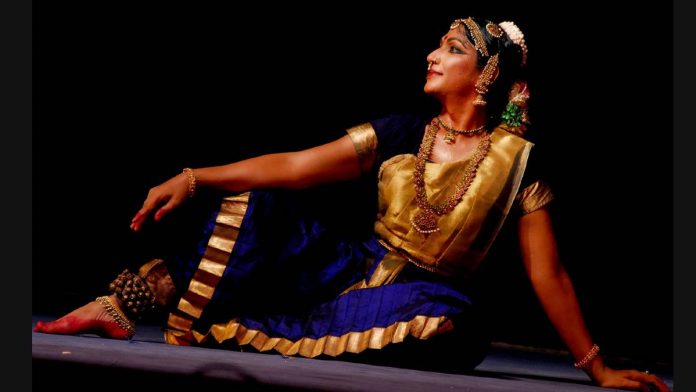 The transgender Bharatnatyam dancer has received many honours in the past. Now, as member of the TN State Development Policy Council, she wants to focus on healthcare & jobs for transwomen.

New Delhi: From being the first transgender artiste to have ever received the prestigious Padma Shri award (2019) to now becoming a member of the State Development Policy Council (SDPC) of the Tamil Nadu government, Narthaki Nataraj has never restricted herself to the assigned gender labels and roles in society.

The Bharatnatyam dancer, who was named as one of the eight members on the State Development Policy Council (SDPC) by Tamil Nadu Chief Minister M.K. Stalin Sunday, told ThePrint that the selection was “a big honour not just as a representative of the LGBTQ+ community, but also as an artiste who has made a significant contribution to art and culture in the state.”

“This is the first time an artiste has been featured on the list”, she added.

Nataraj, who was “disowned” by her family when she was 11 owing to her sexuality, said that as a member of the advisory board, she would, among other things, aim at raising two major issues affecting the transgender community — the lack of proper healthcare facilities and job opportunities.

“Many transgender women have lost their lives owing to the lack of proper medical facilities and even more so amid this Covid-19 pandemic. This is because most of them are unemployed and couldn’t afford timely medical treatment at hospitals,” Nataraj told ThePrint.

She said that “offering them job opportunities will not only make them financially stable and give them dignity, but also bring transgender women closer to a society that has often shamed and ostracised them.”

Even before her appointment, Nataraj said she was looking at ways to set up a centre or organise outreach programmes to teach art and dance to transwomen. With this new role, she said she canobably plan and accomplish these goals much better and faster.

“We need to normalise transgender women working, teaching, and dancing; we need to normalise them pursuing their goals,” said the Padma Shri awardee, who has always pushed for a more inclusive society and has engaged with governments to frame policies to that effect.

For all those from the LGBTQ+ community, who back off from pursuing their dreams fearing shame and rejection, Nataraj said she wanted to be a mirror that would encourage them to reach for their goals.

Although widely hailed as a role model by the transgender community for having braved social ridicule and exclusion, Nataraj’s success was preceded by years of struggle.

Born in the remote village of Anuppanadi in Tamil Nadu’s Madurai district in 1964, Nataraj was 10 years old when her family started noticing their son’s ‘effeminate’ nature. Back then, Nataraj lived with nine other siblings in a joint family.

Backlash and rejection from her family compelled her to leave home at the age of 11.

Along with her friend Shakthi Baskar, she ran away to Thanjavur, where they had heard they would find Kittappa Pillai, the “guru”, who had taught Bharatnatyam to Nataraj’s idol, actress Vyjayanthimala, in the mid-1950s.

After waiting for a year, Pillai, who was known to be one of the direct descendants of the Tanjore Quartet brothers, considered the fathers of Bharatanatyam, finally agreed to introduce her to the world of the Indian classical dance form, Bharatanatyam. It was also Pillai who gave her the name of ‘Narthaki’, or dancer.

It was nothing short of a miracle for her.

She learnt and practiced under him in his gurukul for 15 years and mastered the Thanjavur-based Nayaki Bhava dance form, a rare and ancient composition that was performed in old Tamil temples, and is known to very few dancers today.

For Nataraj, Bharatnatyam was the medium through which she could express her femininity.

Even as she learnt dance, Nataraj managed to complete her higher secondary, funded by money earned from dance performances which, she said, she started giving at a young age. She also wanted to study law, said Nataraj, but gave up her education after being denied admission at a law college because of her sexuality.

For the past three decades, Nataraj’s life has been immersed in the practice of Bharatanatyam. She runs the Velliambalam Trust School Of Dance, a Bharatanatyam dance school in Chennai. The school also has branches in the US, UK and Norway. A major share of the Trust’s earnings is dedicated to the empowerment of the transgender community in India.

Nataraj believes it was her undying passion and dedication for Bharatnatyam that helped her earn recognition and success. The artiste hates it when people attribute her success to her being a transgender woman.

“All the awards I have received till date are because of my merit as a Bharatnatyam artiste and not because I am transgender,” she told ThePrint.

In 2019, Nataraj became the first transgender to receive the Padma Shri. She had also received a Senior Fellowship from the Department of Culture, Government of India in 2014. She is a recipient of the Kalaimamani award, given by the Tamil Nadu government, and in 2016, received an honorary doctorate from Periyar Maniammai University.

In order to sensitise young minds about the transgender community, textbooks for class 11 students in Tamil Nadu feature a chapter on the success story of Dr Narthaki Nataraj.

The 55-year-old has played an instrumental role in paving the way for transgender inclusive policies in the country.

In 2002, Nataraj wrote to the Union Home Ministry to change the alphabet ‘U’ (eunuch) to ‘F’ (female) in the gender column of passports issued to transgenders. The dancer has also coined the term Thiru Nangai (supreme woman) and pushed the Tamil Nadu government to remove the word ‘Aravani’ — commonly used for transgenders — from official circulars. 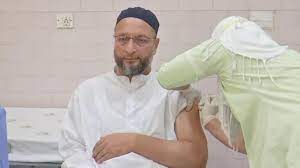 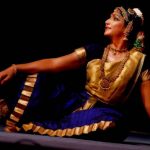