Named as ‘India’s 1st transwoman photojournalist’, Mumbai’s Zoya Lobo is an inspiration for all!

Like many others from her community, Zoya performed the traditional work of mangti (begging) in Mumbai locals to earn a living.

Breaking stereotypes and turning her dreams into reality, Mumbai’s Zoya Thomas Lobo is a breathing testament to this centuries-old adage. Establishing herself as ‘India’s first transwoman photojournalist’, Zoya is no less than a spirited source of inspiration. From asking for alms in Mumbai locals to clicking pictures for major national and local publications, Zoya has paved her way to a life of fame and dignity!

Framing her way to a bright career!

Like many others from her community, Zoya performed the traditional work of mangti (begging) in Mumbai locals to earn a living. Traversing through a difficult life, she was fortunate to get a small role in a short film- Hijra: Shaap Ki Vardaan. After the film garnered considerable appreciation online, an award function was held to felicitate the artists. It was at this event, that Zoya’s success story got incepted.

There, she met the co-editor of College Times, who recognised her capabilities and appointed her as a reporter. Even Zoya had no clue that this was the start of a new voyage that would rekindle all her aspirations. But as fate would have it, she got interested in photography and managed to buy a camera through her meagre savings. Though she worked continuously to improve her skills, she continued begging in trains to make ends meet.

When the pandemic set in, she could hardly foresee that her life was about to take a rewarding turn. Speaking to Knocksense, Zoya talks of her journey, “It was during the COVID lockdown that my life changed. While the world struggled, the transgender community had a larger share of troubles with dropped earnings. When I was begging on the local train, one day during April last year, an individual promised me to help with ration material and called me to his home. When I was going to his place, I noticed individuals protesting outside the Bandra station. I ran back home and got my camera to click the pictures of this event. Later, it got published in notable names like Reuters, Hindustan Times, Mumbai Mirror.”

Aspirations to help other transpersons lead a life of dignity!

When asked about her future goals, Zoya says, “I wish to train other transgender people in media and photography. If they receive proper guidance and training about reporting and handling equipment, they would be able to find better ways to earn a living. This would also help in recognition of talent which often goes neglected.”

Through a tumultuous life, Zoya recalls two glorious moments which she will never be able to forget. She tells, “It was a really happy moment for me when Maharashtra Labour Minister awarded me at the event organised by Bombay News Photographers Association. Secondly, when Humsafar Trust put out a post calling me India’s first transwoman photojournalist, I was flushed with pride and motivation to find my name alongside leading individuals from the transgender community like Gauri Sawant and Laxmi Narayan Tripathi.”

Zoya further expects to make a distinguished place for herself in the media fraternity by honing her skills. She believes that it is only through economic and social empowerment, that the emancipation of transgender persons stands assured.

Zoya’s Message for our readers-

Zoya feels that it is high time that families and society start accepting queer children. She empathetically says, “While specially-abled kids find a place in the family, kids that belong to the LGBTQIA community are often rejected by their families, which is blatantly wrong. If the family accepts and encourages the child, they can eventually move ahead in life. It is important that we recognise individuals by their talent and capabilities. Once the family embraces the child, the society will also do it gradually.” 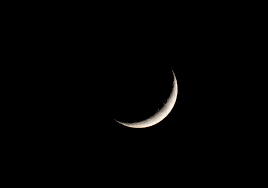 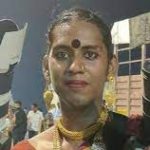 Named as ‘India’s 1st transwoman photojournalist’, Mumbai’s Zoya Lobo is an inspiration for all!