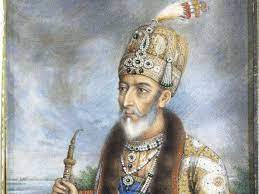 Indian Muslims’ contribution in different phases of the country’s freedom movements was, without any iota of doubt, enormous. They played larger than life role and gave significant sacrifices for the cause. From last Mughal Emperor Bahadur Shah Zafar to nawabs, princes, landlords of all sizes, clergy and ulema (religious scholars) and the common people, they all stood for the cause, took on huge challenges and sacrificed almost everything for it. Thousands of ulema were slaughtered in the wake of 1857 uprising, entire Delhi was emptied of Muslims and they were not allowed to return to their homes and reclaim their properties.

While there is an effort to obfuscate Muslims’ contribution in the freedom movements, spanning from 1800 to 1947, there doesn’t seem to be any concerted effort on the part of the 200 million strong Indian Muslim community to preserve its own history.

Be it 1857 Mutiny or the later freedom movements, Muslims have played leading role in all such efforts. British officials and historians have accused Muslims for the 1857 Ghadar. Both British historians and officials have named Muslims as the most dangerous rebels and termed the mutiny as a sinister plot by ulema and mujahedeen to reclaim their lost power in India.

Long before the Mutiny, ulema and sufis had been predicting the imminent doom of the British rule in the country. When the Mutiny was at its height, hundreds of thousands of ghazis (Muslim fighters), converged at the hotspots of revolt that included Delhi, Lucknow, Bareilly, Agra and Thana Bhawan, besides Kanpur and Shahjahanpur, and fought till the end. It is no secret that in Delhi when the rebels almost gave up, the ghazis who despite going hungry for days due to lack of supplies, gave the stiffest fight. They also suffered the highest number of sacrifices against the marauding British armies that eventually defeated the rebels.

In many places ulema and sufis gave the call for jihad (holy war or war against injustice) long before the actual outbreak of Ghadar in 1857. Maulvi Ahmadullah Shah was preaching jihad in Agra. He was arrested in Faizabad a couple of years before 1857 and was released only when the fighting started and his supporters broke open the Faizabad prison. Similar was the case of Maulvi Liaqat Ali who took control of Allahabad during the Mutiny and was proclaimed the governor there by none other than Bahadur Shah Zafar.

Maulvi Sarfaraz Ali is one of the leaders whose role has remained shrouded in mystery. It is said that Maulvi Sarfaraz Ali was the spiritual mentor of Bakht Khan who rose to become the commander in-chief of armies fighting the British in Delhi and its surroundings. Sarfaraz Ali has been called the imam of the mujahedeen (leader of the rebels) by many people. He was a known face in Delhi and enjoyed the trust of the Mughal Court. He had taught in a madrassa in Delhi and had a huge fan following across north India. It is said that it was he who persuaded Bakht Khan to march to Delhi and take on the British armies. After coming to Delhi, it was Bakht Khan who brought some semblance of discipline in the ranks of the rebel armies and made them better fighters.

Not just ulema and sufis, Muslim nawabs, landlords and common folks too fought valiantly and numerous sacrifices for the cause of the freedom of the nation. Many nawabs who supported the Mutiny or even the ones who extended their moral support were singled out for British retribution.

Nawab Tafazzul Husain Khan of Farrukhabad had to pay a heavy price for his support to mutineers. His estate was seized and he was sent off to Hejaz where he died in penury. Abdul Rehman Khan, nawab of Jhajjhar, was executed by hanging at the Delhi Kotwali on December 23, 1857. His body was thrown into a pit and a mound was made to mark the burial place. His estate was seized too. Fazil Mohammad Khan, the nawab and jagirdar of Ambapani near Bhopal, was one of the main leaders of the freedom movement during the Mutiny. When the rebel forces were defeated, the nawab was captured along with 18 of his close associates and was executed by hanging over the gate of the Rahatgarh Fort. His estate was also seized. Ahmed Ali Khan, the nawab of Farrukhnagar too had to pay a heavy price for his support to the revolutionaries. He was arrested and charged with treason against the British. He was sentenced to death and executed in November 1857. His estate was seized and his family rendered penniless.

The preeminent role of Muslims in the Mutiny is the reason that the community was singled out by the British government for the worst revenge. Thousands upon thousands of ulema were hanged to death. Many others, when the British hangmen got tired, were simply taken to secluded places and shot dead. Others, like Urdu journalist Muhammad Baqir, were tied to a cannon and blasted into small pieces.

When the British forces reoccupied the city in 1857 they were given free hand in killing Muslims and pillaging their properties. The military ordered that the residents of the city to vacate houses immediately and leave businesses to make Delhi ‘safe’ for the occupation forces.

It is said that perhaps Mirza Asadullah Khan Ghalib, the renowned Urdu and Persian poet, was the only one who was allowed to live in the city. This was due to the intervention of Maharaja of Patiala, a supporter of the colonial rulers who had sent forces in support of them. The property of Ghalib too remained safe. It is said that he was the only member of the Mughal court to have survived the fall of Delhi. All others were either killed or thrown out of Delhi, their homes and businesses ransacked and destroyed.

While the entire town was emptied of the residents, both Hindus and Muslims, the Hindu residents were allowed to return in 1858 while the Muslims were kept out for two more years.

It is historical fact that the Muslims were presumed to be the real conspirators behind the Mutiny. Subsequently they faced the full wrath of the colonial government. Their places of worship and other symbols of spirituality and power seized and occupied as barracks by British troops. Jama Masjid was turned into army barrack where Sikh sepoys were kept for several years before it was handed back to the Muslims following a long negotiation process initiated by Mufti Sadruddin Azurdah. Masjid Fatehpuri was sold off to a Hindu businessman and it took years before it was released after paying huge sum to him.

In Kucha Chelan that was the center of art and academia the entire population of 1400 people, including renowned scholar, Imam Baksh Sahbai, and his sons were slaughtered.

Edward Vibart, a young British officer says that the forces were ordered to kill everyone: “It was literally murder…I have seen many bloody and awful sights lately but such a one as I witnessed yesterday I pray I never see (such a scene) again. The women were all spared but their screams, on seeing their husbands and sons butchered, were most painful… Heaven knows I feel no pity, but when some old grey bearded man is brought and shot before your very eyes, hard must be that man’s heart I think who can look on with indifference.

William Dalrymple while writing in his book says: “Those city dwellers who survived the killing were driven out into the countryside to fend for themselves. Delhi was left an empty ruin. Though the royal family had surrendered peacefully, most of the emperor’s sixteen sons were captured, tried and hung, while three were shot in cold blood, having first freely given up their arms, then been told to strip naked: ‘In 24 hours I disposed of the principal members of the house of Timur the Tartar,’ Captain William Hodson wrote to his sister the following day. ‘I am not cruel, but I confess I did enjoy the opportunity of ridding the earth of these wretches.’”

What happened in Delhi was repeated in almost all the strongholds of the rebels. Be it Lucknow, Allahabad, Bareilly, Kanpur, Shahjahanpur or other rebel strongholds, centers of the towns were flattened, people massacred and their homes and properties confiscated.

Muslims not only took the lead in Mutiny they also remained in the forefront in all other efforts to topple the British colonial regime in the country. Reshmi Rumal Tehrik of Maulana Mahmud Hasan and Maulana Ubaidullah Sindhi was a Muslim initiative to topple the colonial rule. When the British intelligence finally got wind of it, hundreds of sympathizers of Reshmi Rumal Tehrik were arrested and thrown in prison for years without any trial. The top leadership including Maulana Mahmud Hasan and half a dozen of his disciples were bundled off to Malta after a sham trial where they endured the worst hardship.

Muslims were integral part of the Congress’ anti colonial struggle too. From Justice Tayabji to Maulana Abul Kalam Azad, there were as many as nine Muslim leaders who became the president of the Indian National Congress. Muhammad Ali Jauhar, Shaukat Ali, Maulana Azad, Dr Mukhtar Ansari, Hakim Ajmal Khan, Maulana Mahmud Hasan and many top of the line Muslim leaders were equally respected and hugely popular. They gave every possible sacrifice for the cause of the freedom movement. Without their sacrifices, it is unthinkable that the nation would have won freedom.

Efforts are being made to rewrite Indian history of the recent past. Muslims need to make conscious efforts to preserve their own history. It is not an easy job and needs resources and determination. Muslim organizations need to take the lead or at least support those who are filling the gap in their own small ways.

Syed Ubaidur Rahman is a New Delhi-based author. He has written extensively on modern Indian history and has contributed significantly on the role of Muslims in the freedom movement. His other publications include ‘Ulema’s Role in India’s Freedom Movement: With Focus on Silk Letter Movement’ and Muslim Freedom Fighters: Contribution of Indian Muslims in the Freedom Movement.

Note: This news piece was originally published in thesiasatdaily.com and used purely for non-profit/non-commercial purposes exclusively for Human Rights objectives. 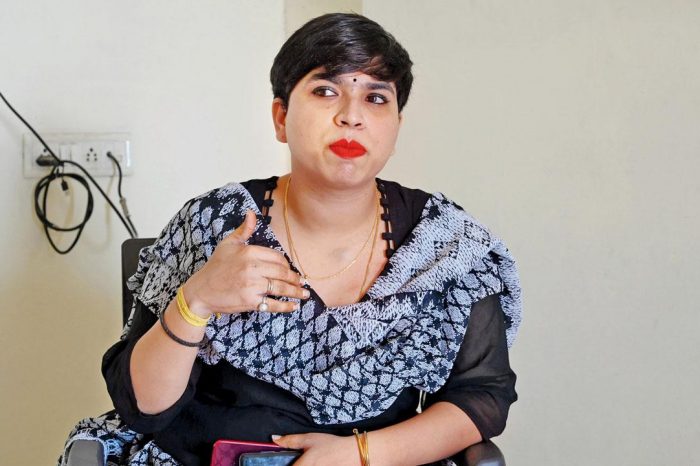 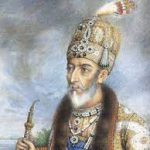