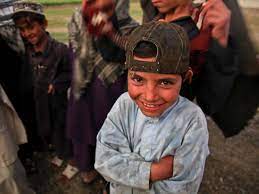 The Muslims have lost more than 70 years worth of structural help given to their non-Muslim counterparts. All this goes a long way in explaining the current situation of Muslims where they lag behind in almost all socio economic categories on almost all development indicators.

The idea of reservation for the scheduled castes and tribes was Independent India’s indigenous move to address centuries of exploitation through stringent caste hierarchies. After eons of facing exploitation on a large scale, it would be incredibly naive to expect the most exploited castes in history to compete with the socially and economically advanced classes on an equal footing. The main thrust of reservation policies was to help the scheduled castes and tribes fight social discrimination and achieve equal relative with respect to the upper castes and hence be able to properly compete with them for positions of power within society. It must be emphasized that it was never intended, nor thought of as a revenge of the ‘exploited on the exploiters’, or a reversal of ancient privilege to settle accounts with the upper classes.

The next major addition to the system of reservation emerged from the Round Table Conference of June 1932, when the Prime Minister of Britain, Ramsay MacDonald, proposed the Communal Award, according to which separate electorate representation was to be given to Muslims, Sikhs, Indian Christians, Anglo-Indians, and Europeans. The lower classes, roughly corresponding to the STs and SCs, were assigned several seats to be filled by election from constituencies in which only they could vote. These constituencies were not exclusive, as the SCs and STs could also vote in other seats and elections. The proposal proved to be controversial. Mahatma Gandhi fasted in protest against it, due to his fears that this type of voting would divide the nation based on religious lines. However, many among the depressed classes, most notably B. R. Ambedkar, did not share Gandhi’s view and instead favoured the proposal. After much negotiations, Gandhi reached an agreement with Ambedkar to have a single Hindu electorate, with Dalits having seats reserved within it.

After India gained Independence, the whole reservation system was shaken up. Earlier, the British were responsible for providing reservations. Now that they were gone, what kind of reservations would be allowed? The newly independent government got rid of most British tax laws. Should it also not get rid of its reservation system? All these questions were hotly debated in the newly formed Constituent Assembly. Some members outrightly denied reservations based on religion, based on arguments like Gandhiji’s on the Communal Award, others supported them, offering defences similar to Ambedkar’s. As the deliberations continued, it was agreed upon that the SCs (then known as Depressed Classes) and STs (then known as Aboriginal Tribes) were deserving of reservations. However, the Constituent Assembly jettisoned the British policy of giving special reservations to Muslims. Also, the loosely defined British notion of ‘backward castes’ was replaced by strictly well-defined notions of ‘depressed class’ and ‘aboriginal tribes’, which included a list of tribes that were to be considered aboriginal by the Central Government.

In all this, Muslims were seriously affected. The British had reservations for Muslims. Later, the reservations were repealed with nothing to take their place, leaving the Muslim community hapless. The SCs and STs had their rights enforced by the Central Government, while the Other Backward Classes, consisting of mainly Muslims, were denied. During all this, Muslims have lost more than 70 years worth of structural help given to their non-Muslim counterparts. All this goes a long way in explaining the current situation of Muslims where they lag behind in almost all socio economic categories on almost all development indicators.

Amir Ullah Khan and Ismail Shaikh are researchers at the Centre for Development Policy and Practice, Hyderabad

Note: This news piece was originally published in thesiasatdaily.com and used purely for non-profit/non-commercial purposes exclusively for Human Rights objectives 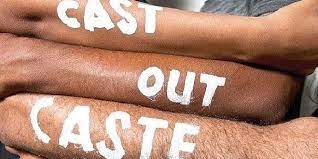 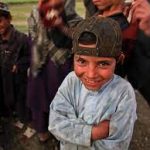