The Maharashtra unit of All India Sunni Jamiyatul-Ulama on Monday approached Mumbai police seeking permission to use loudspeakers atop mosques to relay azaan.

The outfit, in a statement, said some people have been questioning the use of loudspeakers and this is why it had decided to approach police for necessary clarifications through a letter addressed to commissioner Sanjay Pandey.

Sayed Moinuddin Ashraf, state unit president of the All India Sunni Jamiyatul-Ulama, said mosques were already adhering to Supreme Court guidelines on the use of loudspeakers.

“You are kindly requested to instruct all police stations of Mumbai to grant permission immediately to those who apply for it. We are also guiding the trustees of masjids to apply immediately for the permission of loudspeakers,” the letter addressed to Pandey stated.

Incidentally, Maharashtra Navnirman Sena chief Raj Thackeray, during his Gudi Padwa rally on April 2, had spoken against mosques using loudspeakers to relay azaan and had asked state government authorities to get them removed by May 3, failing which his party would counter it by playing Hanuman Chalisa at high volume.

In an order centered on this, Nashik police commissioner Deepak Pandey said anyone wanting to play any kind of bhajan 15 minutes before or after azaan would need prior permission from police. Violation of this diktat could attract a 6-month jail term, Pandey had said. 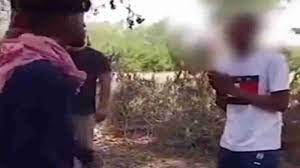