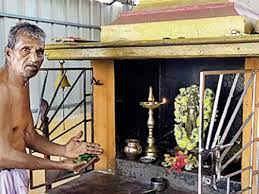 MANGALURU: A 65-year-old man from Kerala built a shrine for demigod Koragajja and has been offering daily and special poojas for 19 years now, sending a strong message of communal harmony in Dakshina Kannada district.

A resident of Chittalancheri village in Palakkad district of Kerala, P Qasim Sahib came to Karnataka along with his family in search of a job about 35 years ago and settled down in Kavatharu in Mulki taluk, about 40km from Mangaluru.

While his family comprising wife and five children was going through a rough patch, he suffered an injury on his leg, forcing him to approach a village paatri (priest) to chalk out the road ahead. That was when he was advised to build a temple for Koragajja, a demigod revered in coastal districts. He built the temple on a small piece of land – a stone’s throw from his house – in Kavatharu which comes under Balkunje panchayat.

Every day, Sahib says, about 50 devotees offer prayers at the Koragajja shrine, which also has idols of Koragathi, besides a dedicated shrine for Durgaparameshwari. The temple conducts kolotsava every two years with bedecked deities being taken around the temple complex in ceremonial splendor. The village has a population of 1,500, and devotees from all castes and religions visit the shrine.

As paatri of the shrine, Sahib has been listening to the problems of devotees, who visit the shrine regularly. He offers a solution by giving sandal paste as prasadam of Koragajja to the devotees.

Sahib recalls, “After I built a house on land allotted by the gram panchayat 35 years ago, I ran into a few problems. The darshana paatri of the village said Koragajja was earlier worshipped near my house. Hence, I decided to start worshipping Koragajja and other daivas here,” he said.

Very close to his house, he found a small shrine in a state of neglect. “I renovated that temple with offerings made by devotees. While nitya deepa and puja rituals are offered daily, special pujas are held once a month,” he said.

Sahib turned vegetarian from the day he started offering pujas at the shrine. “My children go to the masjid and they also believe in Koragajja and other Hindu deities. I stopped going to the masjid because I get darshana (possession of deity) of Koragajja,” he added. 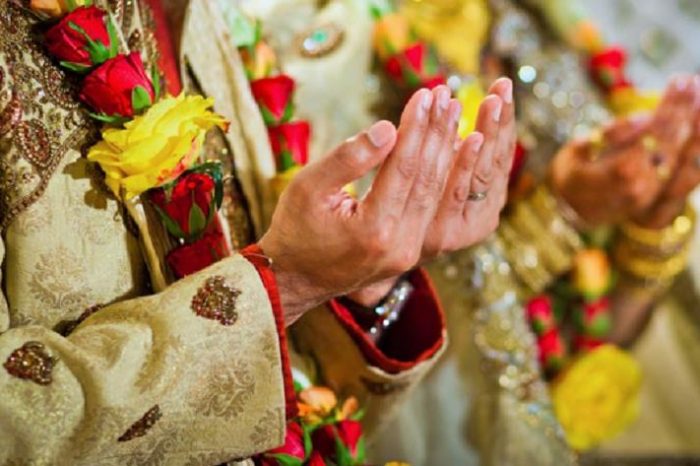 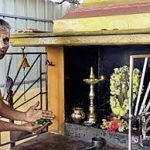