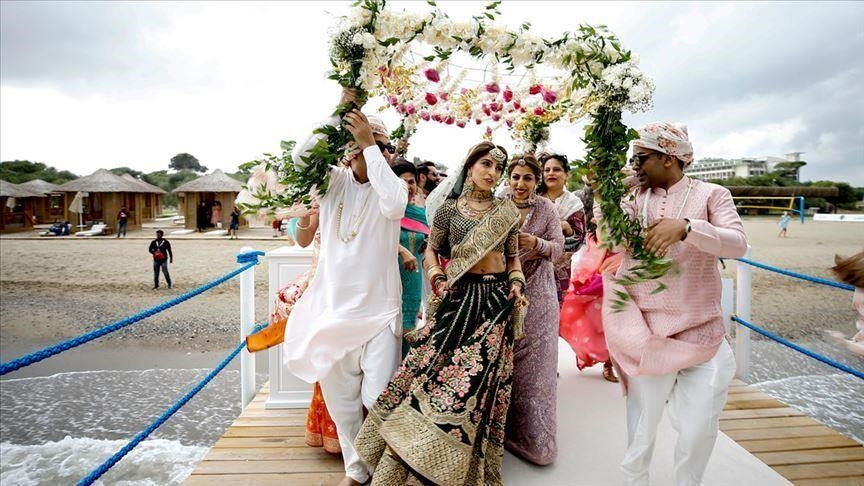 NEW DELHI,: The All India Muslim Personal Law Board (AIMPLB) has released new guidelines for Muslims in the country with the aim of prohibiting dowries and extravagant marriages after a woman recently committed suicide due to “dowry harassment.”

The guidelines are contained in a document released for Muslims to be signed and followed. The AIMPLB is widely regarded in India as the representative of Muslims in the country.

Nadvi has urged all members of the Muslim community to shun the dowry system and lavish spending during wedding ceremonies.

The move comes after a Muslim girl from Gujarat committed suicide last month by drowning herself over dowry harassment, in which her husband and in-laws physically abused her for the dowry. The suicide set off a countrywide debate over social evils associated with marriage among Muslims.

The board has already launched a 10-day drive to educate members of the community across the country and to raise awareness against such evils. During the campaign, Muslim clerics will place emphasis on solemnizing marriages according to Islamic customs to eradicate dowries and overspending during marriage functions.

The new guidelines allow only simple wedding ceremonies, ban dowries and do not permit traditions such as wedding processions, fireworks, dancing and lavish feasts, as it calls them un-Islamic. It only allows Dawat-e-Walima, a feast served after wedding rituals are completed by the groom’s family in which invitations are also extended to poor and needy people of the community.

Many un-Islamic rituals have ended

Maulana Umrain Mahfooz Rahmani, secretary of the All India Muslim Personal Law Board, said it is not right to say that measures to end social evils like dowries are being taken suddenly.

“The Muslim Personal Law Board has been working for years to bring about good changes in society and motivates Muslims to end bad practices and customs. As far as marriage is concerned, work has been done on it for years so that the evil practices that have become associated with it could be curbed,” he told Anadolu Agency.

Previously, marriages were rarely solemnized in mosques. But now a good change is taking place and a large number of marriages are being performed in mosques and many un-Islamic rituals have ended, said Rahmani.

He said that despite many good changes, the painful aspect is that many poor girls still stay unmarried as their families are unable to spend a lot of money.

“There are many others who are suffering even after marriage as the dowry demand continues and the girl’s husband and his family keep pressuring her to bring more dowries. Many girls commit suicide as they are unable to bear the physical and mental harassment. To end all these things, a new guideline has been made and it is being worked on all over the country.

“Members of the Personal Law Board are in the entire country. Among them are well-known Muslims from a cross section of Indian Muslim society such as religious leaders, lawyers, politicians, scholars and other professionals. They have been asked to work on this in their respective areas. Meetings of imams [clerics] of mosques are being held all over the country,” he added.

Similarly, members of the Islah E Muasharah (Reforms of Society) Committee of the board have also been asked to discuss this issue and take action so that more and more people can be made aware. In most areas of the country, discussions are taking place and the common people are participating in debates.

“Even in the mosques, the clerics are talking with the people. During the last three Fridays, discussions and arguments took place in the mosques after the Friday prayers and the harms of the dowry system and mega wedding ceremonies were explained to the people. People visiting the mosques for offering namaz [prayers] are being told to avoid dowries and extravagance,” said Rahmani.

Zafaryab Jilani, a member of the Muslim Personal Law Board, said marriage is a contract.

“Our effort is to make nikah [marriage] easy and simple for the people.”

“We want them to avoid spending money unnecessarily in marriage so that they can present a good example before society. The board has always tried this and will continue to do so,” said Jilani. 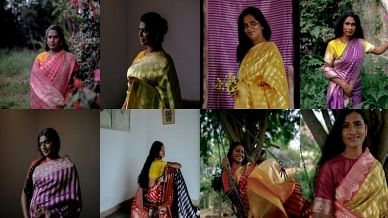 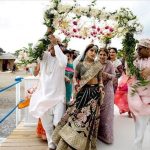