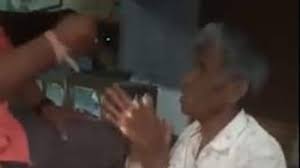 The viral video purportedly shows the accused asking the victim whether his name is Mohammed, and keeps demanding his Aadhaar card while constantly raining blows on him.

New Delhi: The body of a 65-year-old man, who is believed to be mentally unstable, was discovered by the police in Manasa area of Neemuch district in Madhya Pradesh, hours after he was severely beaten by a man, asking him to reveal his identity. A video, that went viral on the social media, showed the man being repeatedly beaten by another person in a red shirt.

According to a report by news agency PTI, the deceased has been identified as Bhanwarlal Jain. The state Congress claimed that the man seen slapping Jain in the video is a local BJP leader, and demanded action against him. His wife has served as a corporator in the city, sources said.

The viral video purportedly shows the accused asking the victim whether his name is Mohammed, and keeps demanding his Aadhaar card while constantly raining blows on him.

“After performing the last rites of the deceased, his family members came to know about the purported video and informed the police about it,” PTI quoted KL Dangi, in-charge of Manasa police station, as saying.

After the video surfaced on social media, the police registered a case under Indian Penal Code (IPC) sections 302 (murder) and 304 (culpable homicide not amounting to murder), and launched a probe. As per the preliminary information, the man seen in the video assaulting Jain has been identified as Dinesh Kushwaha, a resident of Manasa, police further said.

Meanwhile, former Madhya Pradesh Chief Minister condemned the incident and wrote on his Twitter handle in Hindi, “What is happening in Madhya Pradesh? Tribals were lynched in Seoni, and now an elderly person whose name is being told as Bhanwarlal Jain in Manasa of Neemuch district of the state.”

“The accused in Neemuch is also associated with BJP like those involved in the Seoni incident”, Nath said, and added, “The government is only focusing on events while criminals are scot-free.”

Note: This news piece was originally published in abplive.in and used purely for non-profit/non-commercial purposes exclusively for Human Rights. 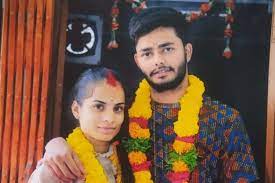 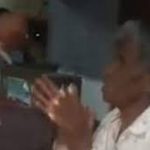