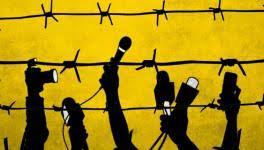 The journalists have been booked under various offences, but they claimed that the government was trying to stifle their voice as they were exposing the state of affairs amid the pandemic.

Bhopal: Even as the sedition case against veteran journalist Vinod Dua in Himachal Pradesh was quashed by the Supreme Court on Thursday, June 3, six other journalists, who have been booked for reporting on a number of issues in Madhya Pradesh in the last two months, stare at a long road ahead.

The case against Dua was lodged by a BJP leader in Shimla, after he accused Prime Minister Modi of using “deaths and terror attacks” to get votes. However, the apex court, while striking down the case observed that criticising the government comes under basic rights of freedom of speech and expression assured by the Constitution.

But for the six journalists in MP, it wasn’t criticism of the PM but merely highlighting lapses in working of the local administration or criticising a sitting BJP minister that have landed them in trouble.

Amid the second wave of the COVID-19 pandemic, Khandwa district collector Anay Dwivedi reportedly sent a legal notice to the editor of Hindi daily, Dainik Bhaskar on April 19. The notice was over a report published on the same day referring to the shortage of beds and oxygen in the region, which was cited as fake and misleading by the DC.

Merely 10 days later, on April 29, two separate FIRs were registered – one in Guna against Indore Press Club president Arvind Tiwari for criticising BJP minister Mahenda Singh Sisodia during his weekly TV show, while the second FIR was against a journalist for Network18 in Ashok Nagar, Sameer Dwivedi who was booked on a complaint by the civil surgeon of the district hospital.

Tanveer Warsi from MP’s Rajgarh, Rajesh Chourasiya from Chhattarpur, Mahfooz Khan from Shahdol and Shubham Shrivastava from Sagar were booked in May for being critical of the district administrations.

These journalists have reportedly been booked under a range of sections varying from trespassing, culpable homicide not amounting to murder, disobedience to order duly promulgated by public servant and violation of disaster management act among others.

Not only the journalists, leader of Opposition and president of state Congress, Kamal Nath, who has alleged that the state government is under-reporting COVID-19 death data and used the term ‘Indian variant’ for the virus during a press conference, has been booked for disobedience to order duly promulgated by public servant (188) and for spreading fake information and creating panic under section 54 of the Disaster Management Act-2005 on May 23.

“The government acts vindictively against anyone who highlights their loopholes and criticises them, no matter if it’s the leader of Opposition or journalists,” said LS Hardiniya, a veteran journalist from Bhopal.

Just five days before the FIR against Kamal Nath, as the Cyclone Tuketi hit Madhya Pradesh’s Rajgarh district on May 18, a video of leaking roof at a COVID-19 ICU ward of the district which subsequently flooded the ward, went viral on the social media. The video put the district administration in an embarrassing position as the ICU ward was constructed merely a year ago.

The person who shot this video was Tanveer Warsi, a senior journalist associated with NDTV and also runs a local Hindi daily ‘Prabhat Sanket’ in the Rajgarh district. Merely three days after the video, on May 21, an FIR was registered against Warsi under 13 sections including 10 of the the Indian Penal Code at the Rajgarh Police Station.

According to the FIR, Warsi was a partner in a nursing home where patients were being treated without having a proper license. In addition to that, five unborn kids had also died in the nursing home including the child of the stenographer of Rajgarh district collector within the last 45 days owing to negligence.

“The FIR has been registered against Tanveer Warsi and 21 others on the basis of a report submitted to the district collector over a complaint of running the nursing home without license upon which the collector has formed a team of experts to look into the matter,” said Pradeep Sharma, Superintendent of police, Rajgarh, adding, “Warsi is one of the partners in the Nursing Home.”

Nevertheless, Warsi refuted the claims made in the FIR stating that the district administration is framing him in the false case because he had been exposing their lies during the second wave.

“I have become an eyesore for the district collector and the SP for publishing a news report which exposed their lies of fixing the two dysfunctional ventilators received from PM Care Funds, that was tweeted from the official handle of the district PRO office. Besides, I published a news report of a woman lying on the floor of the ICU ward of the district hospital on May 2 and no one was there to take care of her,” Tanweer can be heard saying in a 3-minute long video, which was shot two days after the police registered an FIR against him.

Shooting the video of leakage in the ICU ward proved as the final nail in the coffin for Tanweer and the FIR was registered three days after the incident, he claimed in the video.

During a conservation over the phone two days after the FIR, he had clarified that he has nothing to do with the allegedly non-licensed nursing home and it’s independently run by one his relative and his friend.

Similar to Warsi, another reporter from Chhattarpur district, Rajesh Chourasiya, who reports for News 24 and other media outlets, has been booked for circulating the video of a dalit woman who was thrashed and allegedly molested by upper caste men after her husband refused to work for them, with her name and without blurring her face, claimed Chhattarpur Police.

The FIR was registered against Chourasiya and 10 unknown others under Section 228 (A) of the IPC at Raj Nagar Police station of the district on Friday. “Revealing the identity of the victim of molestation is an offence and Chourasiya not only shot her video but also revealed her identity and made it viral,” said Sachin Sharma, Superintendent of Police, Chhatarpur district.

Chourasiya, however, claimed to be unaware of the case filed against him and said that he is being framed because he brought a gruesome case of dalit oppression to light.

Apart from that, two FIRs were reportedly registered against Mahooz Khan from Shahdol and Shubham Shrivastava from Sagar for reporting the irregularities of COVID-19 dedicated hospitals in their respective districts.

The former was booked for trespassing and disobedience to order duly promulgated by public servant at the Shahdol Medical college on the complaint moved by the dean of the medical college while the later was booked under section 188 of the IPC for reporting on COVID-19 ward by an advocate associated with the ruling party.

Mahfooz runs a weekly newspaper while Shubham runs an online web portal from the district.

“The trend of ‘shooting the messenger’ is not new in the BJP ruled states and Madhya Pradesh is no exception,” said Vivek Tankha, senior advocate of the Supreme Court and Rajya Sabha MP from Madhya Pradesh.

He further said, “The intolerant Madhya Pradesh government does not like to be criticised and by registering the FIR, the government as well as the district administration are trying to quell the voice of journalists who are reporting the people’s agony. This is against the latest remark made by the Supreme Court in Vinod Dua’s case.”

“They should approach the High Court to get justice,” he added.

While quashing the FIR against Dua, a bench of Justices UU Lalit and Vineet Saran observed “Every journalist is entitled to protection under the Kedar Nath Singh judgment (the famous verdict of 1962 on the scope and ambit of offence of sedition in the IPC).” However, it seems that the verdicts and observations of the Supreme Court given on journalists and freedom of speech and expression did not go well with the  State as well as its officials, pointed out LS Hardiniya, a senior journalist. 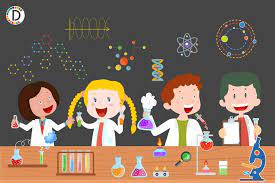 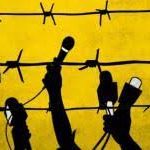