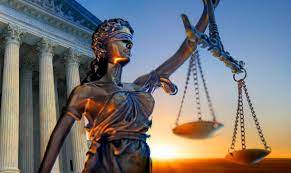 Mother’s Day has no meaning in the life of 60 years old Dalit woman of Bade village of Lodha police station, district Aligarh because even after making 65 rounds of police station she failed to register FIR for her 17-year-old daughter Nirbhaya (name changed to protect privacy). Nirbhaya, who was kidnapped at the age of 14, was gang-raped in Palwal, Haryana, her obscene video was made and after that she was sold to a handicapped person in Ambala for Rs 50000.

There too, her daughter was sexually assaulted and later she was forced to marry the same handicapped at that time. Not only this, fake marriage papers were made. Since 2018 till now the mother, Vimla (name changed), and her family members have been making rounds of Lodha police station and police officers but they have not been successful in registering the FIR. Today, on Mother’s Day, Nirmala regrets that as a mother, she could neither get justice for her daughter nor fulfill her mother’s duty for the atrocities committed on her daughter. She says that Mother’s Day is meaningless for me. Vimla has become very ill in the grief of her daughter whereas the father has become an alcoholic and is in a semi-deranged state.

Ramesh said Sohail and Dilawar took her to Ambala after a month and sold her there for ? 50000 to a person named Shahenshah, a handicapped person and a resident of Mahesh Nagar. There too she was started being tortured and raped against her will for 1 year. Fake documents were made after changing her name, and then she was forcefully married to Shenshah first in the temple and then in the court. When she protested, the ankle of her foot was cut off with an ax. In 2021, the atrocities on Nirbhaya were not seen by Chhota Lala, the brother-in-law of the Shahenshah and he handed over her to us by quietly evicting Nirbhaya from the house in the middle of the night. Nirbhaya told the pioneer that Sohail and Dilawar operate a inter State human trafficking gang and there were many other girls along with me who were a victim of human trafficking and obscene videos.

Since Nirbhaya was kidnapped in 2018, her parents have been making rounds of the police officers of Lodha police station to register an FIR, but till date her FIR has not been registered. Not only this, Lodha police went to Ambala and found Shahenshah at home, but neither arrested Shahenshah nor they recorded Nirbhaya statement 164 CrPC.

Perhaps this is the first case where discussions are going on between the authorities on whether or not to file an FIR for the rape victim. Because when the order to register the FIR of this case was given by Gabhana CO Vineet Kumar to the station incharge Lodha, then the station in-charge Lodha refused the order of the CO. In this regard Praveen Kumar Singh, said this is an FIR of a heinous crime and i can’t register it without discussing it with the higher officials.

When CO Gabhana was asked about FIR in this regard, he said discussions are going on with the higher officials and they have asked for a full report.

Even today on Mother’s Day, victim’s family members and her mother went to Lodha police station and could not register an FIR. Not only Nirbhaya, but there are many rape victims whose mothers are making rounds of police stations and courts for justice even on Mother’s Day.

Note: This news piece was originally published in dailypioneer.com and used purely for non-profit/non-commercial purposes exclusively for Human Rights 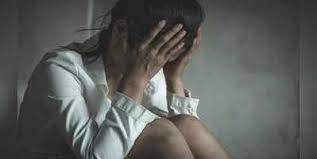 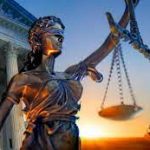