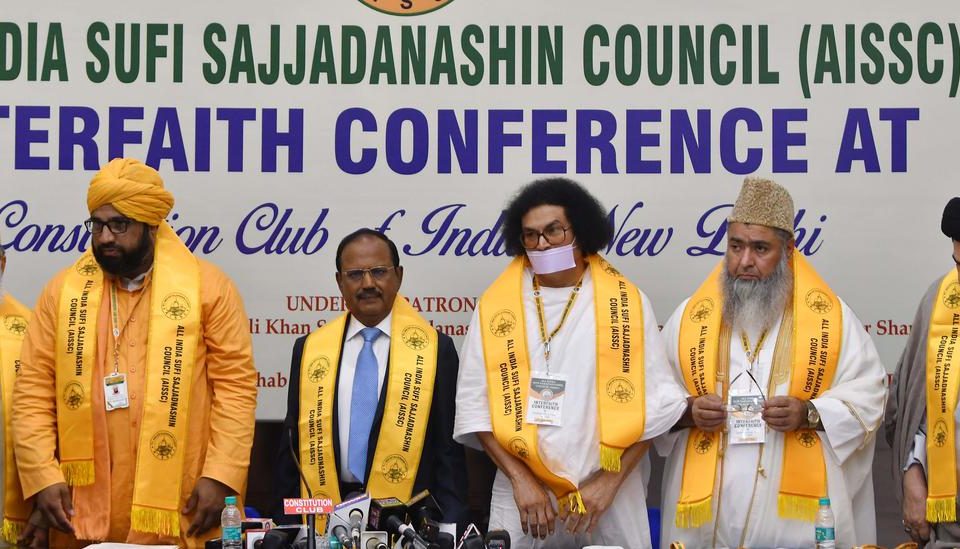 The Modi government has opened a new channel of communication with the Muslim community. Steering away from the days of cultivating Imam Bukhari and various Muslim Jamaats, the government is now banking on the well-entrenched Sufi orders for a meaningful dialogue with the largest minority.

The move follows widespread criticism of the government for not including a single Muslim member in the Cabinet following the end of the Rajya Sabha term of Minorities Affair Minister Mukhtar Abbas Naqvi earlier this month.

National Security Adviser Ajit Doval attended a multi-religion meeting organised by the All India Sufi Sajjadanashin Council (AISSC) in New Delhi wherein he cautioned that “some people try to create animosity in the name of religion that adversely affects the entire country and also has ramifications internationally”, and urged religious leaders to raise their voice against bigotry.

“We have to work together and make every religious body feel part of India,” he said. Among the participants were Syed Salman Nadvi, a noted Islamic scholar, Umar Ahmed Ilyasi, chief of the All India Imams Organisation, and Kalbe Jawad, a Shia cleric who recently met Uttar Pradesh Chief Minister Yogi Adiyanath at his residence in Lucknow. He had earlier hailed the Chief Minister’s fight against corruption in the State.

There was no representative of the Jamiat Ulama-e-Hind, the Jamaat-e-Islami, the Tablighi Jamaat and the All India Majlis-e-Mushawarrat at the meet.

The absence of any representative from these outfits surprised many. More so because these organisations had been taken into confidence by the Modi government ahead of the Supreme Court’s Babri Masjid verdict in November 2019.

In recent times, the top leaders of the Jamiat had had parleys with RSS chief Mohan Bhagwat, besides having informal meetings with Mr. Doval and others. The non-invitation to the Tablighi Jamaat did not come as a surprise as the body is largely reclusive and non-political.

However, its top leadership had been in the good books of the government until the COVID-19 outbreak in March 2020, when the Tablighi Jamaat was initially held responsible for the outbreak of the disease.

Mr. Doval’s presence at the meet had the desired response, with the conference passing a resolution seeking a ban on the Popular Front of India for pursuing “divisive agenda”.

“The need of the hour is to ban radical organisations, if there is evidence against them,” said Syed Naseeruddin Chishti, chairman, AISSC. The meet also passed a resolution against targeting any gods, goddesses or prophets by anyone and called for such individuals to be dealt with in accordance with the law of the country.

The presence of Mr. Doval at the Sufi meet signals the government’s intent to resume dialogue with the Sufi bodies ignoring the traditional leadership of the various Jamaats.

It aims to take forward the initiative of Prime Minister Narendra Modi when he first addressed a global Sufi meet in New Delhi in 2016 where he stated, “It is this spirit of Sufism, the love for their country and the pride in their nation that define the Muslims in India. They are shaped by the values of the Islamic heritage of India. It upholds the highest ideals of Islam and has always rejected the forces of terrorism and extremism.” 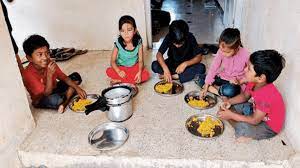 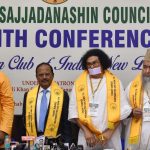